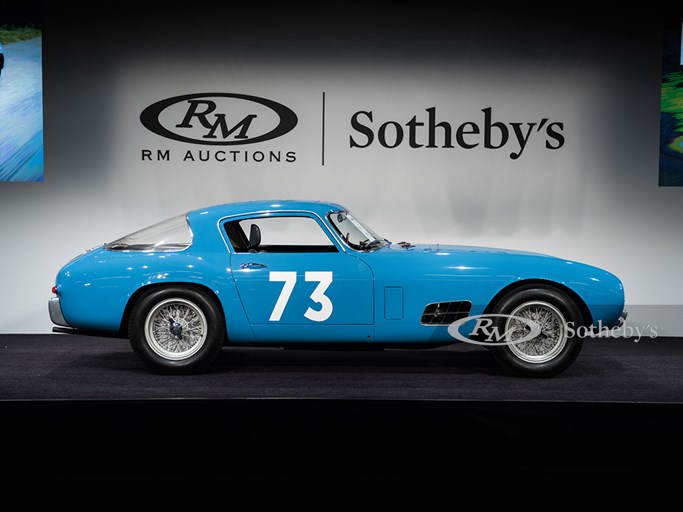 MONTEREY, CALIFORNIA (August 15, 2015) - A historic 1956 Ferrari 250 GT Berlinetta Competizione ‘Tour de France’ set a new auction record for the model tonight, selling for an outstanding $13.2 million before another packed house at RM Sotheby’s Monterey event. Spurring a lively bidding contest between multiple collectors in the room and on the telephones, the influential Ferrari is the actual car that instituted the ‘Tour de France’ nomenclature following its overall victory at that legendary race in 1956. The fifth of only seven Scaglietti-bodied first-series competition berlinettas, it was sold new to the Marquis Alfonso de Portago, the flamboyant and daring Spanish driver, who, joined by his close friend Ed Nelson, piloted to car to first place overall at the 1956 Tour de France Auto.

The Saturday sale session rounded out a tremendous three days for RM Sotheby’s on the Monterey Peninsula, with the unofficial tally sitting at $172.7 million* in auction and post-sale auction private sales. An increase of over 20 percent on the company’s 2014 performance and already a record for the highest grossing collector car auction of all time. No less than 35 vehicles achieved million-dollar-plus results, with four lots exceeding $10 million.

Full results will be published early next week at www.rmsothebys.com.