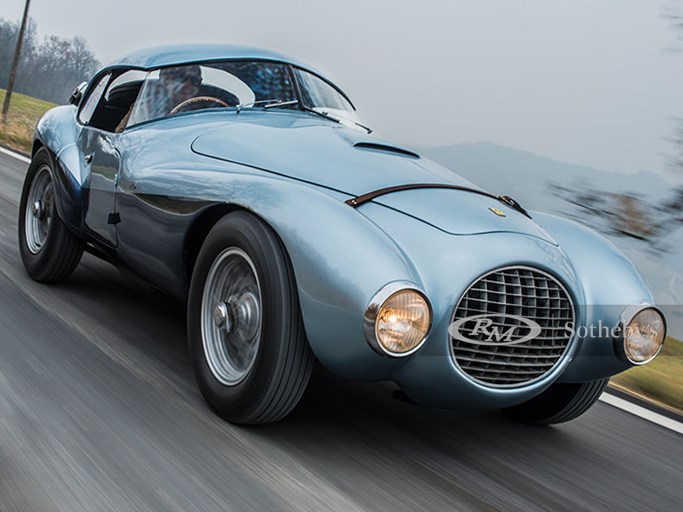 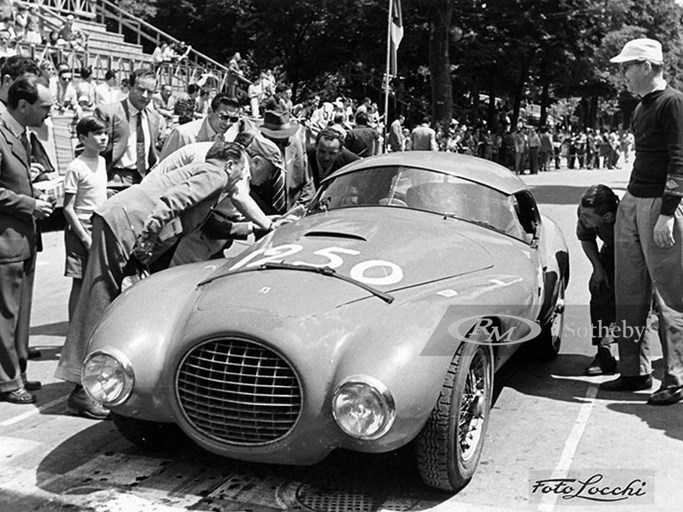 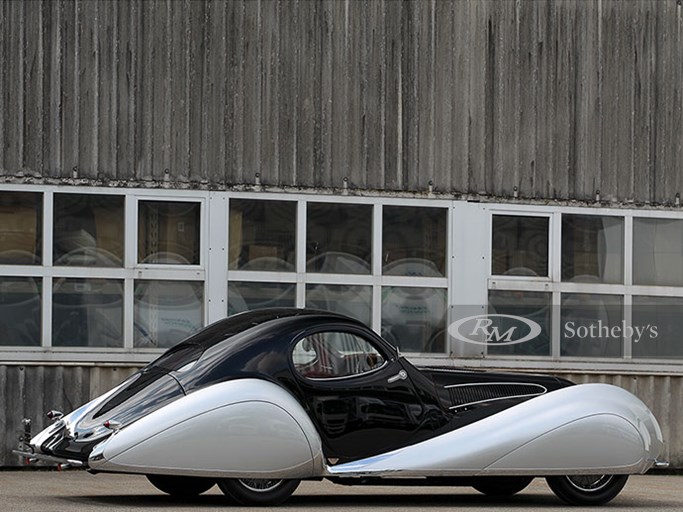 PARIS (7 February, 2017) – In addition to presenting a thrilling roster of motor cars at Place Vauban tomorrow (8 February), RM Sotheby’s is set to wow collectors in Paris this week as it unveils two exciting highlights for its key spring and summer sales: a striking 1937 Talbot-Lago T150C SS ‘Goutte d’Eau’ Coupé, and the one-off 1950 Ferrari 166 MM/212 Export ‘Uovo’.  From exuberant 1930s French design to one of the most compelling and recognizable coachbuilt Ferraris of the Enzo-era, the two curvaceous motor cars will be on show at  RM’s Rétromobile stand, 8-12 February, ahead of their respective presentations at the company’s Lake Como, Italy, and Monterey, California sales later in the year.


Considered by many as one of the most attractive automotive designs of all time, the Talbot-Lago T150-C SS Coupé by Figoni et Falaschi is nothing short of an art deco masterpiece on wheels; its fanciful curves and sensuous lines largely credited as ushering in the era of the automobile as an art form. Also known as the ‘Teardrop’, the ‘Goutte d’Eau Coupé’ represents the finest collaboration between the famed Parisian coachbuilders, Figoni et Falaschi, and the celebrated French marque. In total, just 16 cars were ultimately produced in two series. As each was coachbuilt, there were minor, and sometimes, even major variations from one car to another.

According to Claude Figoni, the example secured by RM, chassis no. 90110, is the second car built with front spats, and has remained in Switzerland the vast majority of its life. The recipient of a magnificent, concours-quality restoration in 2002, it is sure to impress not only spectators visiting Rétromobile this week, but also at RM’s Lake Como, Italy sale, scheduled 27 May during the Concorso d’Eleganza Villa d’Este weekend (Est. €3.200.000–€4.200.000).

“The Talbot-Lago T150-C SS ‘Goutte d’Eau’ Coupé remains one of the most spectacular automotive designs the world has ever seen. To that end, chassis no. 90110 is a terrific fit with our Concorso d’Eleganza Villa d’Este sale, which is dedicated to celebrating excellence and beauty,” comments Augustin Sabatié-Garat, Car Specialist, RM Sotheby’s.

Boasting unique coachwork by Carrozzeria Fontana, and lovingly nicknamed “Uovo” for its distinctive egg-shaped design, the one-off Berlinetta has remained a significant part of Ferrari lore for decades. Giannino Marzotto specifically commissioned Fontana of Padova and the famous sculptor, Franco Reggani, to create the streamlined body style for maximum efficiency and performance. The resulting ‘Uovo’ bodywork and underlying Ferrari chassis and drivetrain quickly proved competitive.  In 1951, the Uovo held the lead of both the Mille Miglia and the Giro di Sicilia before it was forced to retire;  it is widely believed that it would have likely won both races had it not been sidelined. Later that year, it ran to victory at the Coppa Toscana, confirming its great engineering. The Uovo’s important period race history also includes a return to Mille Miglia in 1952, as well as countless other events in Italy and California throughout the 1950s.

Acquired by its current owner in 1986, the Uovo has been seldom seen in public view over the past two decades, aside from a brief display at the Museo Enzo Ferrari. Now, offered for the first time in over thirty years, it is set to amaze audiences once again, this time in California, where it will be offered complete with an extensive history file and eligibility for many of the world’s leading vintage racing and concours events (Estimate available upon request).

“It’s thrilling to be able to present a unique and renowned Ferrari, such as the iconic Uovo, in Ferrari’s 70th anniversary year, particularly after 30 years in single ownership,” adds Sabatié-Garat. “We’re excited to also have the opportunity to showcase the car at Rétromobile this week, which is also celebrating Ferrari’s special 70 year milestone.”

Enthusiasts interested in inspecting the T150-C SS or the Uovo at this week’s Rétromobile show in Paris will find the RM exhibit in Pavilion 1, Stand N29 at the Porte de Versailles. In addition to previewing the company’s forthcoming Concorso d’Eleganza Villa d’Este and Monterey auctions, RM car specialists will be on hand to offer collectors a resource for auction and restoration services.