Breaking with convention in 1960, Ferrari unveiled a new “2+2” version of its vaunted 250 model not at a motor show, but rather the 24 Hours of Le Mans endurance race. Dubbed the 250 GTE 2+2, this luxurious grand tourer featured a spacious interior with compact rear seats, and was significant for being the first Prancing Horse-badged four-seater produced on a large scale, with more than 900 leaving Maranello. Powering the 250 GTE was the all-new “Tipo 128F” 3.0-litre Colombo V-12, a constant in each of the three series built between 1960 and 1963. According to marque expert Marcel Massini, just 355 Series IIs were produced from 1961 to 1962.

This example, chassis 3689, rolled off the factory floor on 18 July 1962. The Pininfarina-built body was painted in Grigio Notte, and the cabin trimmed in Rosso Connolly leather. Supplied new to Milanese Ferrari dealer, M. Gastone Crepaldi Automobili, the car was sold that autumn to its first owner, an enthusiast in Zermatt, Switzerland.

Marcel Massini notes that the first owner was still in possession of chassis 3689 in July 1967, when the Swiss had the car serviced at the Ferrari factory in Modena, during which the odometer was recorded as reading 91,230 km. The 250 GTE was later sold, passing through the hands of two members of the same family.

The 250 GTE’s fourth owner of Burgdorf, Switzerland, acquired the Ferrari in 1997 and would go onto own the car for two decades, before selling to the fifth and current owner in 2007. Following the sale, chassis 3689 was exported to Kuwait, where it remained in dry storage as part of a large collection.

Please note this vehicle has remained stationary for a number of years and will require recommissioning prior to road use. Please contact an RM Sotheby’s representative for additional information. The 250 GTE is accompanied by production data from the Ferrari Factory and a spare wheel.

Today, chassis 3689 is finished in Grigio Argento over a Rosso leather interior, and retains its matching-numbers chassis, engine, and rear axle. A charming example of one of the most attractive and underrated grand tourers of the 1960s, this well-finished 250 GTE would make a fine addition to any collection of significant Ferraris. 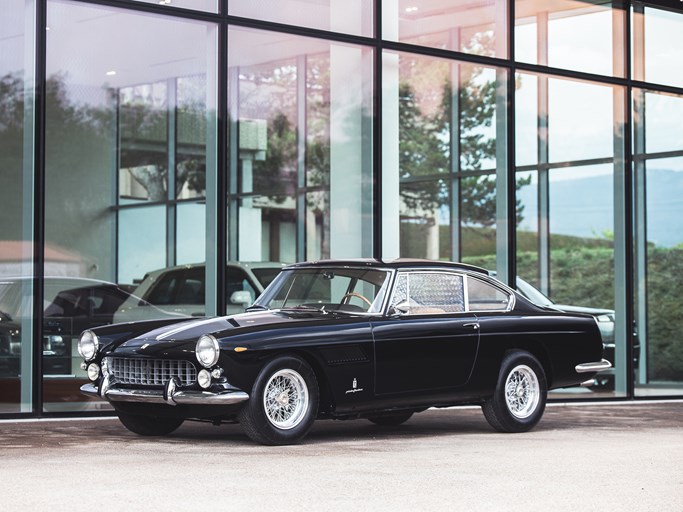