In common with much of Continental Europe, the immediate post-war landscape was bleak for Italy; especially so for its manufacturing industry. Years of enforced servitude to the fascist regime had in many cases diverted production away from core areas, none more so than at Alfa Romeo, who in 1936 - only two years after their final of four consecutive Le Mans wins - produced a mere 20 cars, against some 700-odd military and industrial vehicles. Furthermore, their Portello factory had withstood considerable aerial bombardment by allied forces throughout the war, whilst the economy continued to be ravaged long after its end by the punitive reparations imposed by the 1947 Paris Peace Treaties.

By 1950 it had become apparent that significant changes in Alfa Romeo’s philosophy and industrial strategy would be necessary if the company was to survive. Beautifully engineered though their earlier landmark 6C and 8C designs had undoubtedly been, the production of models of similar exclusivity and complexity would be out of the question for the foreseeable future. By contrast, a relatively humble, mass production car was identified as the way forward for the company.

The brainchild of Orazio Satta - a former understudy to the great 1930s Grand Prix designer Wilfredo Ricart - Alfa’s resulting new 1900 model featured an ingenious unitary construction platform which could be adapted for use either as a four-door ‘Berlina’ saloon or a two-door ‘Sprint’ coupe. Powered initially by a sprightly four-cylinder, 16-valve twin-cam engine producing some 90 bhp, production would last for nine years and encompass over 21,000 vehicles. The platform’s versatility was further underlined by the fact that it could be adapted to accept the coachwork of multiple different coachbuilders, with long-time Alfa associates Carrozzeria Touring, Zagato and Pinin Farina, amongst others, all offering their own variations on the 1900 chassis. Indeed, outlandish though the Bertone-designed “BAT” series cars of 1953 - 55 undoubtedly were, beneath their extravagant fins and curves lurked a humble 1900 platform.

The introduction of the 1900C - the “C” denoting “Corto”, or Short Chassis - in 1951 was accompanied by that of the uprated 1900TI engine, which now produced 100bhp by virtue of its single Weber carburettor. The close personal friendship which existed between Alfa General Manager Alessio and Carrozzeria Touring co-owner Ponzoni led to Touring assuming a position as the factory’s preferred coachbuilder for 1900C models; these cars initially taking the form of an attractive five window Berlinetta dubbed the 1900C Sprint. From 1953 onwards, the new 1900C Super Sprint became available, which featured not only the new 2.0-litre 115 bhp engine, but in the case of Touring bodied cars, a far more rakish three-window body style. It is such an example of this latter series offered here.

One of just 854 1900C Super Sprints constructed, and one of less than 200 thought to have survived, regrettably little is known of this particular example’s early history other than it formed part of the collection of Luciano Siboni until 1990. Prior to the vendor’s purchase four years ago, the car had reputedly benefited from a comprehensive restoration, and is presented in the fetching colour scheme of dark blue with blue vinyl and grey cloth interior. Retaining its original engine it is ready for immediate enjoyment on the myriad of rallies and touring events - not least the Mille Miglia retrospective - for which it would be ideally suited. 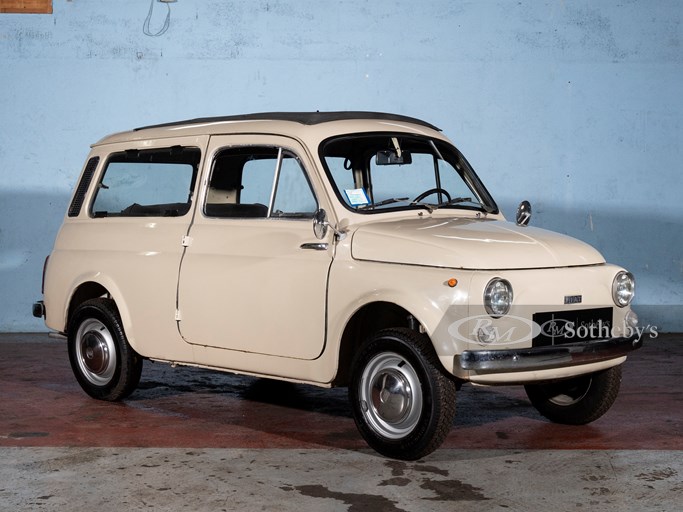