Catalogue
Chassis No.
Engine No.
0327 AL
0327 AL
Please note that Internet bidding is not available for this lot. Interested parties that are unable to attend the sale may register to bid by telephone or place a commission bid online at rmsothebys.com.

The 375 America began a rich tradition at Ferrari of creating a special series of bespoke, ultra-luxurious, insanely powerful automobiles for the factory’s most dedicated, discerning, and fabulously wealthy clients. While its chassis and suspension shared much in common with the 250 GT, under the hood was a 4.5-liter Lampredi V-12, packing an estimated 400 hp, sent to the rear axle via a four-speed gearbox. It was one of the fastest roadgoing automobiles in the world, and exclusive – well, that would be an understatement. Just a dozen examples were produced, each fitted with custom coachwork.

[Vignale is] the most personal and independent artist we know – his style has nothing in common with others, he experiments both with fantasy and technique, and his cars first surprise and then convince you.

– Tuttosport Magazine, quoted in Cavallino, no. 28

Alfredo Vignale did not work from a body buck, instead transforming full-scale drawings into aluminum sculpture with his own eyes, achieving what historian Stan Nowak referred to as “a spontaneity of line.” He was known for his use of chrome and stainless embellishments, well-suited to valuable American clients of the era, and for extensively utilizing jewel-like, hand-formed unique trim and hardware throughout.

The result was that each Vignale body was as tailored to its original purchaser as a fine suit, and unique as a snowflake. Chassis no. 0327 AL was one of two 375 Americas finished by him to more or less this same design, the other being 0337 AL, with curving, torpedo-like flanks, and a light, airy greenhouse with a wrap-around rear window. It was set apart, however, by unique front and rear lights, the former set deeply and sensuously into nacelles of the front fenders, and a striking two-tone color scheme (also a Vignale trademark). The result is and was fresh, dramatic, and modern.

Finished in its original Amaranto and metallic grey livery, with a tan interior, the car was exhibited on both sides of the Atlantic in 1954, first at the New York World Motor Sports Show at Madison Square Garden in January, then in March at the 1954 Geneva Motor Show at the Plainpalais. Later that year it was delivered to its original owner, Robert C. Wilke of the Leader Card Company in Milwaukee, Wisconsin, who traveled to Modena to collect his new toy.

Mr. Wilke was a significant figure in American racing of this era, most famously as a sponsor of a very successful Indianapolis team; beginning in the 1920s, he was often in the pits at Indy, instantly recognizable by his cowboy hat and, by the 1950s, the Ferrari waiting for him in the paddock. A frequent guest in Maranello, accompanied by friends Bill Spear and Jim Kimberly, he eventually owned six Prancing Horses, almost always custom-built, unique cars of very special design, finished in rather flamboyant colors. Appropriately, he had the 375 America refinished first in red with a black roof, then in all-over metallic blue. Afterward he used it, as he did all his cars, as a daily driver, running it at the high speeds for which it was intended. One imagines the looks such a spaceship must have received on the roads of Eisenhower-era Milwaukee.

Many of Mr. Wilke’s Ferraris remained with him until the end of his life; this car was no exception, and after his passing in 1970 was sold by his son, Ralph, to Dr. Robert E. Steiner, also of Milwaukee. Dr. Steiner and his wife kept the car for a decade before it was sold to the famous Ed Jurist of the Vintage Car Store in Nyack, New York. Jurist, in turn, passed the car to David L. Coffin of Sunapee, New Hampshire, in whose ownership it was mentioned and pictured in issue no. 28 of Cavallino as part of the previously quoted article on the 375 America, penned by Nowak.

In 1986 Coffin sold the car in Arizona, and after being repainted red – as was the style at the time – it was shortly thereafter acquired by the famous Blackhawk Collection, then by Sander van der Velden of Belgium. It was imported to the Netherlands and purchased by official Ferrari importer Fritz Kroymans, joining his large and impressive collection, where it would reside for the next two decades. During this time, it returned to the pages of Cavallino, in issue no. 78, as part of an article on Wilke and his Ferraris written by noted historian Marcel Massini.

Following the collapse of the Kroymans empire in 2009, the Ferrari was sold to well-known American collector Tom Price, and was returned to the U.S., freshened, and exhibited at the XX Cavallino Classic in Palm Beach in January 2011. Shortly thereafter it was refurbished, including a beautiful new finish in burgundy and silver grey and correct taillights, and sold to the current owner, who has maintained it in his private collection since.

The car is overall still extremely attractive, with the color scheme showing off the audacious Vignale lines to superb effect. There are only minor flaws, including a minor dent in the nose and small paint scrapes, that would be relatively easy to correct. Further, the car is still equipped with its original engine, as confirmed by Ferrari Classiche, which received the application for Certification in July 2018.

Overall it is a fine and respected example of a highly significant roadgoing Ferrari – made even more special as the first one to become publicly available in the last seven years. It is ideal for the dedicated tifosi who demands only the fastest and most unique machinery, a man well in the tradition of the large Bob Wilke. There is so much in its life that one could relive behind the wheel – the glory of a show appearance, the thrill of running at the track, or perhaps just tearing down a Midwestern highway with the music of a great V-12 in your ears. 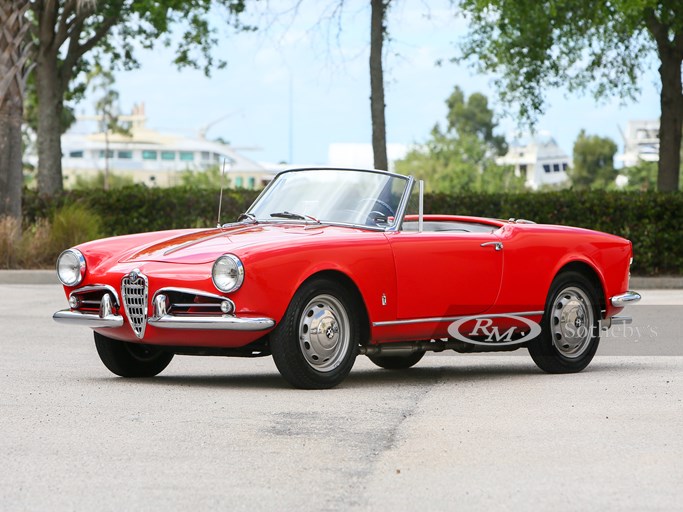