The DB2/4 was introduced in October 1953, and it provided a lot more room over its predecessor. This was accomplished in part by raising the roofline slightly over the DB2 and reducing the fuel tank capacity by two gallons to add to rear seat room. Other notable changes included a wraparound rear windscreen, larger front and rear bumpers, and the addition of a hatchback, which is believed to be the first fitted to a production car.

The DB2/4 was initially offered with the 2.6-litre engine that was first seen in the DB2 in Vantage specification, but eventually a 3.0-litre one was introduced in 1954. This engine provided a 118 mph top speed, the first 100 of which could be reached in third gear, delivering wonderful performance to match its luxurious accommodations. Handling proved to be just as capable, and the DB2/4 was undoubtedly one of the finest sports cars produced in Great Britain at the time. Ultimately, 761 examples would be built by the time production ended in 1957.

The example offered here is the rare Mk II variant, of which just 199 were made; this model featured the larger 3.0-litre engine, as well as a slightly raised roofline, improving passenger headroom; minor interior changes, providing a more comfortable ride; and a modern-looking fly-off hand brake. Originally delivered via Tice & Son Ltd., it was finished in Dark Grey over Green, with engine number VB6J/656.

Today the car is beautifully presented in a rich blue over tan combination, with the well-fitted and properly maintained leather upholstery facing a rich burled dashboard with crisp, clear proper Smiths instrumentation. Under the hood is clean and correct, without being over-restored, while the chassis appears to have undergone minimal use. The body trim is in excellent condition, including the chrome hardware and the wire wheels, which feature a distinctive combination of chrome spokes and blue rims, surrounded by blackwall Avon Turbospeed tires. Additional equipment includes front and rear bumper overriders, Lucas amber-lensed driving lamps, and a dashboard-mounted radio with rear-mounted aerial. The odometer recorded 64,282 miles at the time of cataloguing. Both the original chassis no. stamping and the original brass tag with chassis and engine numbers are still present.

This is a lovely DB2/4 Mk II, among the rarest of its kind, ready for continued enjoyment on show field or open road. 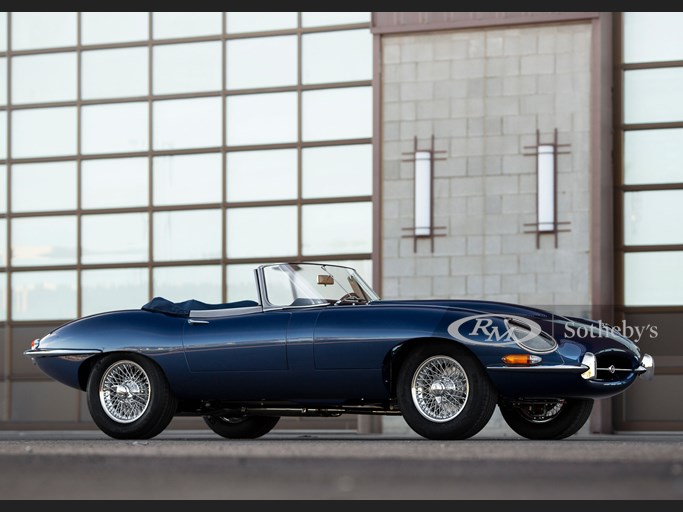 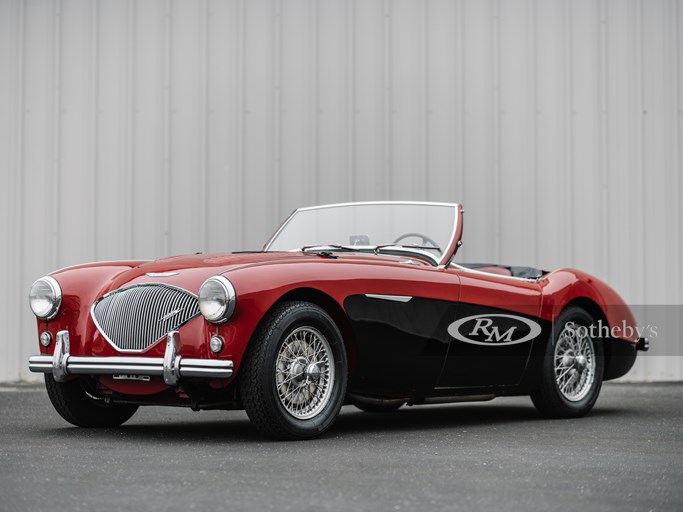