Chassis No.
5
Engine No.
N14
Catalogue

The Miller 91 was a true tour de force of rear-wheel-drive racing technology. It was so successful and its domination on speedways of the 1920s was so complete, that it was effectively responsible for its own demise. The AAA’s rule change for 1930 to the “Junk Formula” was, in fact, adopted to stop the Miller 91’s seemingly unstoppable winning streak.

When the rule change that limited displacement to 1½ liters (91 cubic inches) was announced for the 1926 racing season, Harry Miller could have merely shortened the stroke of his nearly unbeatable 122-cubic inch engine and continued producing and selling the rear-drive race car that he first introduced in 1923. Instead, in typical fashion, Miller’s staff of extraordinarily talented men was assigned to design and build an entirely new car.

There was no commonality of parts between the Miller 91 and the preceding 122, except for externally sourced items, such as the wheels, tires, instruments, and electrical components. Yet, to the untrained eye, the 122 and 91 rear-drive cars were virtually identical in appearance, with the exception of the 91’s three-piece radiator and grille assembly. All of the new 91-cubic inch engines were supercharged, and at introduction, they developed 155 horsepower at 7,000 rpm. Extensive on-track development work resulted in refinements that eventually boosted output to well over 250 horsepower at 8,000 rpm.

The consignor, a Texas-based collector with a passionate respect for the history of Harry Miller, began this car’s build after purchasing a Miller frame in May 1992. He still retains the Bill of Sale for the purchase, which specifically indicates that it is a Miller chassis. Although it proved impossible to verify the chassis’ authenticity, the specifications and dimensions were nonetheless correct, making the frame a perfect foundation for a Miller 91.

Considering that as few as 12 or 13 rear-wheel-drive Miller 91 examples were originally built, finding a correct motor posed a formidable challenge, and the consignor initially chose to source an Offy 220, which was a common choice in the niche. However, shortly thereafter, one of the extremely rare Miller 91 engines became available. Engine number 14, which had at one time been displayed as a standalone unit in a British museum, was being offered by collector Robert Rubin, of Southhampton, New York. Rubin is notable in the Miller niche for having donated one of the finest known Millers to the Smithsonian Institute.

The consignor paid $55,000 for the rare 91 engine and then had it completely refurbished by the esteemed Chris Leydon, a restoration specialist and expert in early American racing motors who was based in Lahaska, Pennsylvania. Leydon needed a year to intensively work on rebuilding the classic mill and its supercharger, with the effort totaling to approximately another $55,000 in invoices. Calculating for inflation, the $110,000 spent on the motor alone would equal more than $185,000 today.

The consignor was faced with the prospect of choosing a gearbox, and he hesitated to install a Model A transmission, although those are often chosen for such cars. With a tip from Miller expert Chuck Davis, the owner became aware of the location of an original Miller gearbox, which is a very rare collectible considering that Miller transmissions were made in-house in exceptionally low numbers. Although the owner had refused several offers for the transmission over the years, he eventually relented and sold the unit to the consignor, who again sent it to Chris Leydon for refurbishment.

Armed with the correct engine and gearbox and an original 91 rear end, the project was turned over to race car expert Bob Willey, of Moline, Illinois, whose father was one of the original Kurtis Kraft dealers. In addition to installing the hard-won components, Willey was charged with building a new aluminum body. To this end, the consignor had sourced Harry Miller’s original blueprints for the Miller 91 model, which were collectibles in themselves and were sold to him by Gordon White (an advisor to the Smithsonian’s transportation department). Willey used these original documents as the basis of his exacting build process, ensuring that the body was produced to the precise dimensions and specifications of Harry Miller’s original drawings.

A final question of external finishing still loomed, and for that consideration, the consignor chose to honor one of the original Miller 91 examples: the car purchased new by Harry Hartz, which was sold to Mike Boyle in 1926. That car was repainted just as the Boyle Valve Special, and it wore #15 when it started 6th on the grid at the 1927 Indianapolis 500, where it finished a respectable 19th. The original Boyle Valve Special’s cosmetic livery was precisely copied on this car based on the beautiful drawings of famed automotive artist Peter Helck, with the triangular logo handsomely complementing a deep finish of white and light blue paintwork. A crisply polished exhaust manifold and red-painted wire wheels rounded out the arresting exterior presentation.

Following the meticulous build process, the Boyle Valve Special was welcomed at many premium vintage events, receiving a second in Class and Automobile Quarterly’s Best Racecar Award at the 1995 Pebble Beach Concours d’Elegance. In 1996, the Miller participated in the Goodwood Festival of Speed and the Meadow Brook Concours d’Elegance, where it won its class and also garnered the Peter Helck Trophy. The car has also been displayed and run numerous times at the Miller Meet in Milwaukee, where it has always been warmly welcomed. Furthermore, this Miller 91 is believed to be one of the most highly publicized Millers of the last 20 years, having been the subject of feature articles in Hemmings and Vintage Motorsports, among many other magazines.

With a claimed original example of the vaunted supercharged 91-cubic inch Miller engine and an original Miller 91 gearbox and rear end, this fascinating and remarkably faithful restoration is about as close to a bona-fide original Miller 91 as anyone could possibly hope to find. The car’s remarkable build was overseen at great expense and care, with receipts, invoices, and photographs desirably documenting the process.

This Boyle Valve Special has been shepherded by one of today’s most dedicated Miller enthusiasts, and it now awaits its next caretaker. It would ideally complement any assemblage of early American race cars, and it will continue to receive a warm welcome at Miller gatherings and vintage Indy car celebrations. Its availability should attract the interest of Miller aficionados and discerning collectors far and wide. 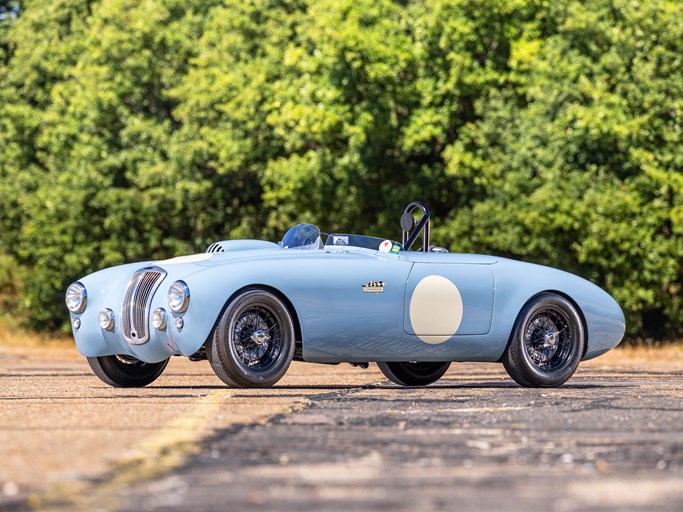