By the mid-1960s, it seemed Ferrari could do no wrong, winning on all fronts, from sports car racing to Grand Prix. Ferrari’s dual purpose cars seemed equally unstoppable, as the legendary 250 GT LWB “Tour de France” gave way to the marvellous 250 GT SWB Berlinetta, and ultimately, it led to the awe-inspiring 250 GTO in 1962.

Introduced at the Paris Salon in 1964, the new 275 GTB gave Ferrari a chance to incorporate all the best characteristics of this fabled bloodline. Many consider the resulting car to be the finest production Ferrari ever built, combining the thoroughbred mechanical pedigree of its road racing forebears with sufficient creature comforts to make the 275 GTB a superlative grand touring automobile.

Under the skin, the 275 GTB incorporated the best Ferrari chassis design, starting with the oval section tube backbone chassis. Front suspension was the traditional upper and lower wishbone design, but the rear incorporated a brand new fully independent suspension with a rear-mounted transaxle, which was a leading edge design, even for Ferrari.

The engine was based on Ferrari’s race-proven Colombo overhead cam V-12, but a bore increase to 77 millimetres lifted horsepower to 280 with the standard three-carb Weber setup. Torque was improved too, giving the car better acceleration from a standing start.

The coachwork was all new, a stunning Pininfarina design that evoked the graceful lines of the legendary 250 GTO. A long hood combined with a fastback rear body created a striking profile, whilst vents in the front wings gave the car a muscular edge. Vents in the sail panels added to the effect and paid tribute to the 250 GT “Tour de France” Berlinettas. A smoothly integrated rear spoiler, also clearly borrowed from the GTO, helped give the car a strong visual identity.

Although the 275 GTB was a car of many firsts, it was also the last car that could be considered a true coachbuilt road/race berlinetta in the great Ferrari tradition. Although most lived their lives on the streets, many led a dual life, winning on road courses and hill climbs on the weekend, whilst also providing stylish and exciting transportation during the week. For this reason, demand from the public was strong, and Ferrari importers worldwide were readily eager to get their hands on as many examples as could be made available to them.

After a handshake agreement between Il Commendatore Enzo Ferrari and Wilhelm Becker, Auto Becker, of Düsseldorf, officially became the Ferrari importer for Germany in 1957. After having been destined originally for Zurich, Switzerland, the car on offer was sent to Auto Becker and was used for their display at the 42nd Frankfurt International Motor Show of 1965. It was delivered in short-nose configuration and was finished in Azzurro (blue) with a Nero (black) interior. Sometime following the September show, 07743 was sent overseas to the United States, where it eventually wound up on the West Coast of California. Whilst there, the front was modified to long-nose configuration. As was the case with many of these early versions, modifications were often made to lengthen the nose, which was intended to improve aerodynamics at very high speeds. Despite this, many modern enthusiasts prefer the original Pininfarina short-nose design.

The next known owner of this car was George A. Shukov, who kept it from 1976 until finally selling it back to German buyer Armin Fuchs in 1979. Fuchs resided in a small town called Montabaur, located between Frankfurt and Düsseldorf, and in 1980, he had the car imported back to Germany. He kept 07743 for the better part of a decade, and in 1990, Mr Holberg bought the car and brought it to the neighbouring town of Wuppertal, only about 100 kilometres away. He used the car regularly, but he decided to sell it three years later, through Modena Motorsport, to Peter M. Fandel. At this time, they began a complete restoration on behalf of Mr Fandel. Following completion, the car was registered on custom German license plates, BIT F 275!

Chassis 07743 passed through several other hands, and in 1999, it was sold to well-known collector and Polish railway baron Jaroslaw Pawluk. He used the car sparingly for several years, and in 2008, he commissioned Dutch-based restoration firm Hietbrink Coachbuilding to completely restore the car back to the original specifications, including the short-nose configuration and original paint scheme.

The 275 GTB remains in spectacular condition and has been used very little since its restoration in 2008. With slight hints of metallic flake and a light blue hue, the paint scheme that this car was originally delivered with is considered by many to be one of the prettiest and certainly most tasteful colours for these early 275 models. Coupled with correct black leather seats, a centre console, dash, and door sills, the complementary dark-grey carpets give this car an absolutely stunning overall appearance.

Having just been freshly rebuilt, 07743 comes complete with its matching engine, and it is fitted with three correct 40 Weber DCZ6 carburettors and correct Borrani wire wheels. A restoration file is included with the sale of this car, which attests to its high level of restoration. A full dossier of restoration photographs are included, as well as books. Importantly, the car has recently undergone checks for and has full Ferrari Classiche certification, an important verification of its originality and “matching-numbers” purity.

For those who are unacquainted with the 275 GTB, it is suffice to say that it is an absolute pleasure to own and drive. Not only is it the ultimate touring car, but its design borders on perfection. In a road test published in 1967, French racing driver Jean-Pierre Beltoise, in L’Auto Journal, said of the 275 GTB, “I covered in complete safety and the greatest comfort…and whilst carrying on a normal conversation with my passenger, the 46 miles which separate the Porte d’Orléans from Nemours were covered in a little less than 23 minutes…at an average speed of more than 121 mph—which is remarkable enough without noting that I had to stop for the toll gates”.

And that, in the final analysis, is what makes the 275 GTB one of the greatest Ferraris ever built: a sophisticated, powerful, competent, high performance berlinetta that looks as good as it runs. 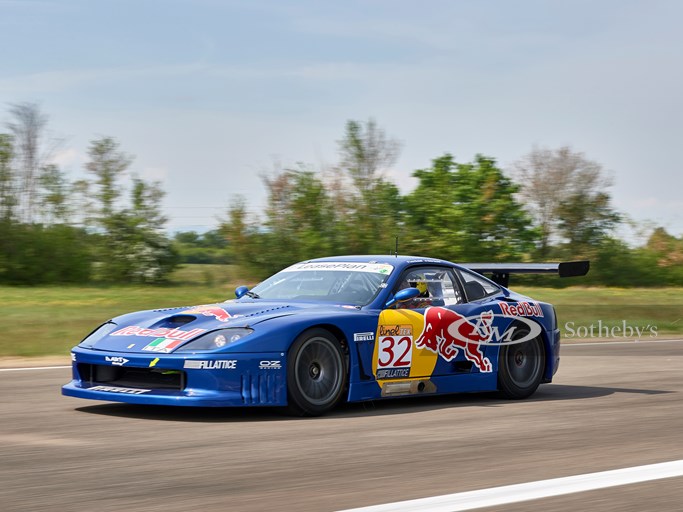 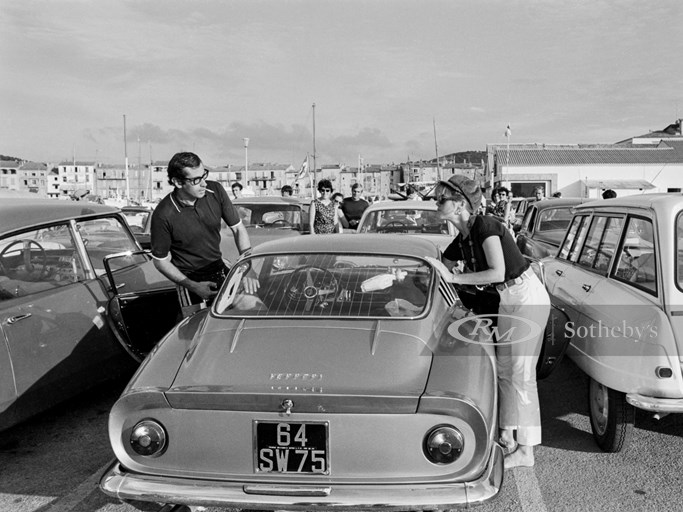