Built to celebrate Ford Motor Company’s 100th anniversary, the GT was marketed as “The Pace Car for an Entire Company” in early marketing materials, and it did not disappoint. With distinct visual cues honoring the GT40 that put Ford atop the podium at the 24 Hours of Le Mans four years in a row, its performance was nothing short of exceptional. With a 5.4-liter supercharged V-8 engine at its heart, producing 550 bhp, Ford was hoping the GT would compete directly with Ferrari’s 360 Modena, F430, and the Lamborghini Gallardo. While it did just that in terms of price, its top speed of 205 mph and 0–60 mph time of 3.3 seconds made it a much closer rival to Porsche Carrera GT and the Mercedes-Benz SLR McLaren.

Delivered new to California, this Ford GT was built for the 2005 model year and is equipped with all four factory options: BBS wheels, red painted brake calipers, upgraded McIntosh stereo, and hood and side stripes. Remaining with its first owner who accrued just a hair under 800 miles from new in nine years of ownership, it was sold to the current owner in New York in 2014. In his custody, the same level of preservation was retained, and it has only been driven an additional 37 miles, leaving mileage at the time of cataloguing as 831 miles from new. The last service was undertaken in 2016, and less than a handful of miles have accrued since.

Fifteen years after the car was first introduced to the public, the Ford GT has aged exceptionally well and continues to be known as one of the most exciting and desirable cars to wear the blue oval. For the Ford motorsport fan or American car collector, the Ford GT is considered to be a must-have in any collection, with four-option, low-mileage cars being the most desirable. This example checks all the right boxes and would please even the most discerning of owners. 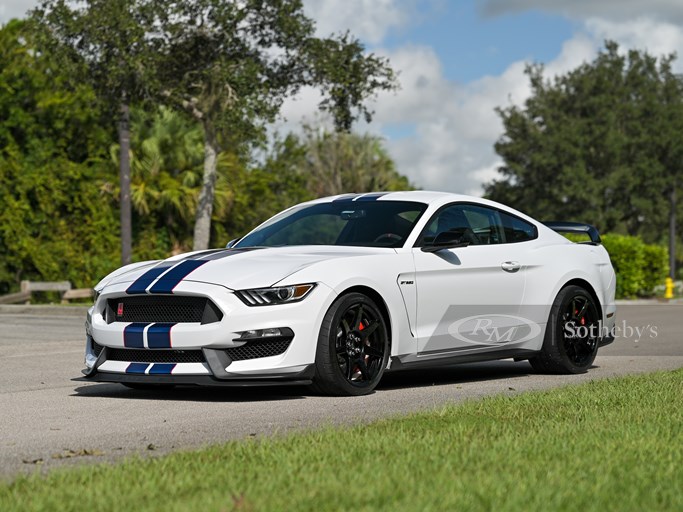