In an attempt to win the FIA World Championship, Dodge teamed up with the French ORECA racing team in 1997 to create the Viper GTS-R. They were highly successful in their quest for victory, capturing the 1997 FIA Word Championship and four more championships through 2002. It was also the first American car to win at Le Mans since the famous Ford GT40 in the 1960s.

To this end, Dodge needed to homologate the race car by offering a street version for public sale. The result was the venomous Viper GTS-R, built to commemorate their 1997 FIA GT2 World Championship racing triumphs.

At the heart of the GTS-R package is of course the 8.0-liter V-10 engine, rated at 465 hp with 500 foot-pounds of torque mated to a six-speed manual gearbox. The factory claimed a scorching 12.5 quarter mile time and a top speed at an impressive 185 mph. Riding on a set of 18-in. BBS forged aluminum wheels, other special features include a rear stabilizing wing, and five-point safety restraint system that is branded to the systems used on ORECA race team cars.

The GTS-R was limited to a production of only 100 cars, each one individually numbered and finished in Stone White with Viper Blue stripes. Each car wears the GT2 Aero Package that consists of a front air dam and splitter, nose “winglet plates,” and ground effect side sills. The special edition car is also identified by special badges and graphics that include a “Viper GTS-R” on the sides of the hood as well as the top of the windshield. In addition, there is an American flag emblazoned on the quarter panels with “FIA Champion” noted below it. The unique black and blue leather-trimmed interior features a dash plaque with the vehicle identification number.

This exceptionally clean, low-mileage example is car number 72, as evidenced by the dash plaque. Accompanying the car are the factory-issued numbered car cover with bag, floor mats and trunk mat, as well as all books, water color pictures, race team photos, letters from Dodge on the purchase of the car, and other miscellaneous items that were kept when the car was new.

Additional extras include a Corsa exhaust system, a K&N drop filter, and a new set of tires.

In 1998, the Dodge Viper GTS-R was the closest thing to an all-out race car that one could buy. The combination of aggressive styling, racing heritage, limited production, and blistering performance places this car among the most desirable performance cars of the era. 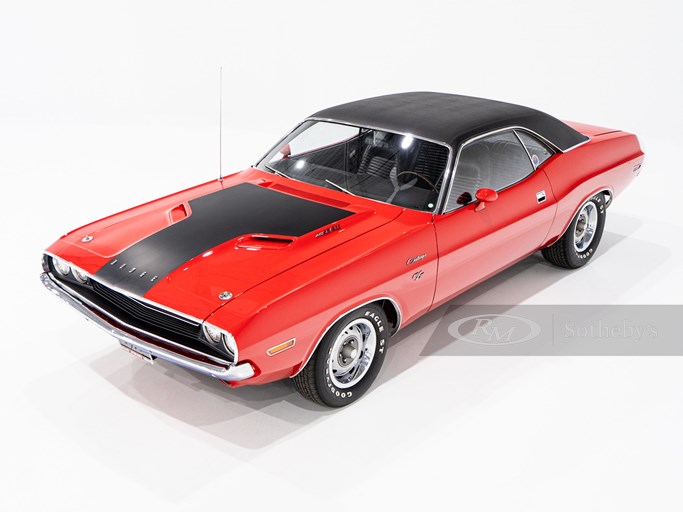 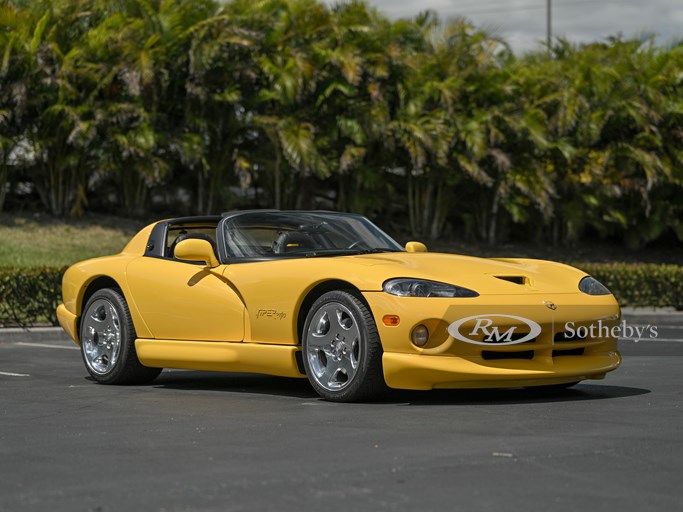