The 365 GTB/4 Spider Michelotti races through the night at the 2016 Le Mans Classic.

Catalogue View Lots
Chassis No.
Engine No.
Gearbox No.
15965
B 1608
1101
Please note that Internet bidding is not available for this lot. Interested parties that are unable to attend the sale may register to bid by telephone or place a commission bid online at rmsothebys.com.

Please note that an import duty of 2.5% of the purchase price is payable on this lot if the buyer is a resident of the United States. Also, note that the title is in transit.

Geneva. Le Mans. Daytona. The North American Racing Team. It is hard to think of four more significant descriptors in the Ferrari world. Only a handful of cars to bear the Cavallino Rampante can claim a direct association to one of them, precious few to more than one, and perhaps just a single car exists today that has been to the Geneva Motor Show, the 24 Hours of Le Mans, the 24 Hours of Daytona, and campaigned by Luigi Chinetti’s North American Racing Team: the 1972 Ferrari 365 GTB/4 Spider Competizione by Michelotti.

In order to understand the significance of this particular car, it is important to discuss it within the scope of siblings. Four 365 GTB/4 Spiders were rebodied by Michelotti at the request of Chinetti for NART: one in 1974, the car presented here, chassis no. 15965 built in 1975, and two built in 1980. That first car was unveiled at the Turin Motor Show in 1974 and featured a Targa style top with cut down doors, molded bumpers, and pop-up headlamps. The 1980 cars were styled in a similar fashion, but slightly more restrained in design.

This second Michelotti Spider is arguably the most exciting and interesting of the lot. The basis for this project would be a standard, European-delivery 1972 Ferrari 365 GTB/4 Daytona, a type-A specification Daytona fitted with air conditioning. Chinetti specifically sought a car to compete in Le Mans, chasing victory at the fabled race some 10 years after his team had clinched the last overall victory for Ferrari in 1965. Like the first car, chassis no. 15965 also boasted rollbar and Targa top, to ensure greater structural rigidity. Interestingly enough, this would be the last dual-purpose Ferrari racer designed from scratch.

After the completion of the conversion in early 1975, chassis no. 15965 was shown at that year’s Geneva Motor Show as the star of Michelotti’s stand, finished in an unusual and eye-catching red, white, and blue livery. Immediately thereafter, the car was shipped to Diena in Modena to be prepared for Le Mans. There, its original engine was replaced with a competition-spec Group IV Daytona engine from chassis no. 15685, which boasted high-lift camshafts, racing headers, and a higher compression ratio, and was fitted with side-mounted exhausts. This is the same engine that piloted that particular Daytona to a 6th overall and 2nd in class at the 1972 24 Hours of Le Mans.

Chinetti arrived at Le Mans in 1975 with three other cars in addition to the 365 GTB/4 Michelotti: a standard Group IV Daytona, a highly modified 308 GT4, and a 365 GT/4 BB. As part of the GTX class, the 365 GTB/4 Michelotti qualified for the race with a lap time of 4:31:08 with Jean Pierre Malcher and co-driver Patrick Langlois. Unfortunately, politics took hold and the ACO and Chinetti became involved in an argument over the qualification of the 308 GT4. Furious and feeling as if he had been disrespected by the organizers despite his history with the event, Chinetti withdrew his entire team from the race just 88 minutes prior to the start.

Arriving stateside having been robbed of potential glory at the Circuit de la Sarthe, chassis no. 15965 was delivered to its first private owner, Dan Ward, a Ferrari enthusiast from Los Angeles. Its next chance at competition was at the 1978 24 Hours of Daytona, entered by Otto Zipper with Don Devendof, Jeff Kline, and Michael Keyser listed as drivers. Yet again, politics reared its ugly head and the Daytona was withdrawn after a protest by Peter Gregg, who went on to win the race, over its non-standard Michelotti bodywork.

After Daytona, chassis no. 15965’s second owner was none other than John Mecom Jr., noted Houston-based oil magnate, a huge motorsports enthusiast, team owner, and the founder of the New Orleans Saints NFL team. Mecom reconditioned the car to be used on the road, sparing no expense to do so. Mecom sold the car to Patrick Ryan in January of 1987 and in his ownership, the car was brought to the Ferrari Club of America national meet at Lake Lanier, Georgia, where it was reunited with Luigi Chinetti amongst a number of his former cars in a celebration of all things NART.

Fully rebuilt in 2002 to its Le Mans specification, the engine was dyno tested and quoted as delivering 420 bhp at 6,400 rpm in road configuration. Even more power is available when set up for racing: 450 bhp at 8,100 rpm. At the very minimum, this is nearly 70 bhp more than a standard-specification 365 GTB/4 Daytona, making a monumental difference when it comes to performance.

The 365 GTB/4 Spider Competizione was acquired by the consignor in 2006 with the intention of competing at historic racing events around the globe and fittingly, the car was repainted and retrimmed in its unique original colors two years later. Entered in the Shell Historic Ferrari Maserati Challenge and European Ferrari Challenge the car was also campaigned in both the Le Mans Classic and Tour Auto on three separate occasions for each event: 2008, 2010, and 2016 for Le Mans and 2007, 2014, and 2015 for the Tour Auto. Due to its rarity and significance, it remains hugely eligible for concours events around the globe. Most recently, it was entered in the 2018 Amelia Island Concours d’Elegance, celebrating both 50 years of the Ferrari Daytona and 60 years of NART, where it received an Amelia Award.

Currently road registered in France, the 365 GTB/4 Spider Competizione Michelotti is used regularly and remains in excellent mechanical condition, ready to take to the track at a moment’s notice. A true one-off and one of Ferrari’s most recognizable and well-known cars of the 1970s, it is a motorsport icon and nearly 50 years after it initially left Michelotti’s facilities has defended its honor on tracks in North America and Europe. Perhaps what is more impressive is that the car has never been crashed racing either in period or in more recent vintage racing events, and it is believed that the car has travelled just 14,000 miles from new over the course of its life, having been purchased by the consignor with just 6,834 miles showing on its odometer. For enjoyment, the possibilities are truly endless as chassis no. 15965 will surely be welcomed with open arms wherever it travels. 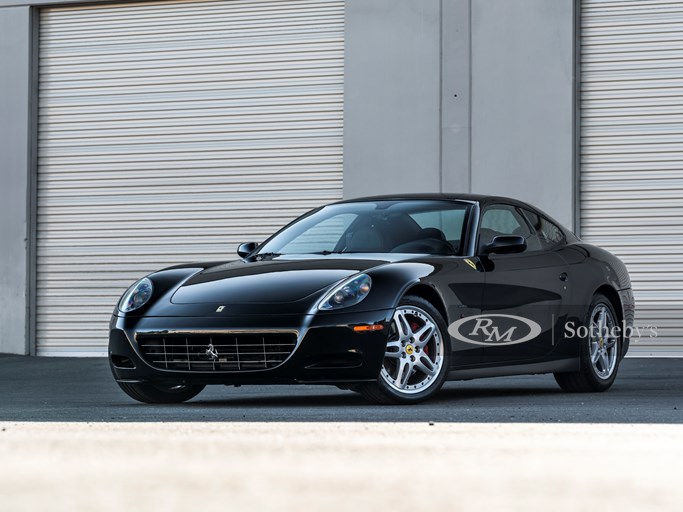 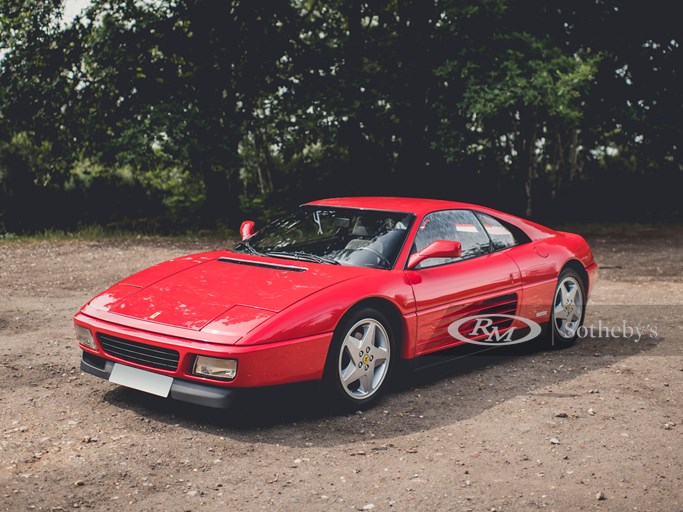 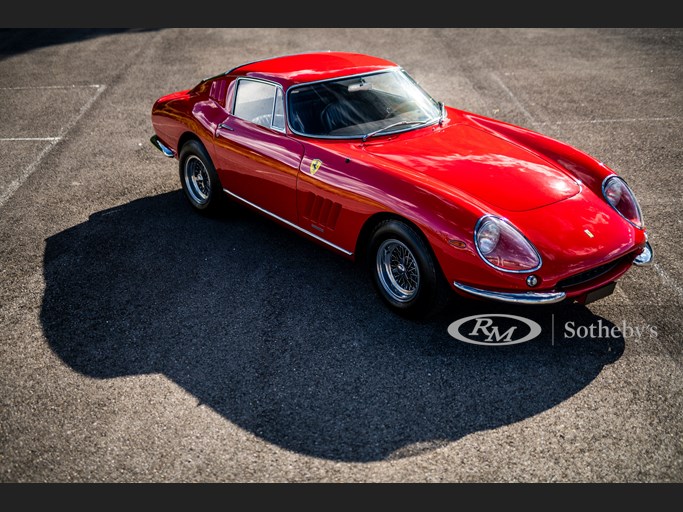