Catalogue
Chassis No.
Body No.
198.042.10.003116
198.042.10.00128
Please note that Internet bidding is not available for this lot. Interested parties that are unable to attend the sale may register to bid by telephone or place a commission bid online at rmsothebys.com.

At the 1957 Geneva Motor Show, Mercedes-Benz introduced a convertible version of the celebrated 300 SL coupe “Gullwing,” the 300 SL roadster. In an early suggestion of the increasing focus the manufacturer would place on luxury cars over the ensuing decades, the new roadster was above all a more refined car than its winged predecessor.

There was no denying the 300 SL’s mechanical performance, which had decidedly improved in the roadster, with the updated six-cylinder engine receiving the competition camshaft used in the NSL racing coupes, good for a boost of 20 hp. Handling also benefited from a revised rear suspension with a lower axle pivot-point, minimizing the tendency for oversteer. Despite the added weight of chassis reinforcement required by an open model, the roadster was every bit the performance car that the Gullwing had proven itself to be.

The roadster’s overwhelmingly luxurious character, however, generally obscured its performance capabilities. With a convertible top, the model was never subject to the uncomfortably hot cabin that beguiled the coupe, and the roadster’s redesigned tube frame afforded lower door sills, facilitating far easier access than the Gullwing’s challenging ingress and egress.

One of the very desirable late-production 300 SL roadsters equipped with both disc brakes and an alloy engine block, only 210 of which were built, the example offered here was originally delivered in what must surely be the most desirable color combination, Black (DB 040) with a Black leather (953) interior.

Former ownership history of the car included Jack Latzar of West Englewood, New Jersey, after which it moved to San Francisco, where it was enjoyed by Frank Gerbode and Bruce Ristow. Following time with Gerald Barnes of Anaheim, it moved back East to a collector in Pennsylvania, before joining the present owner’s stable in the Southwest, where it has resided alongside many other fine Mercedes-Benzes. In his ownership it was improved extensively by a well-known West Coast restorer, who refinished it in the original color, installed new carpets, and thoroughly detailed the engine compartment to correct factory finishes.

Importantly, the serial number plate appears to be original, as is the plate on the radiator. The car retains a correct aluminum engine block but is believed to be a factory replacement as it is fitted with the correct number plate with the original engine number (198.982.10.000070), though the block itself is unstamped. The 1991 Gull Wing Group Registry noted 33,000 miles, and today the odometer records 37,314 miles at the time of cataloguing, indicating the low mileage and good care that the car has received over its life. The dashboard holds a correct Becker Mexico radio, while the trunk holds a beautifully finished factory-style set of fitted luggage, as well as a tool kit and roll.

Surely among the most desirable modern Mercedes-Benzes is the roadster, and the one to have is an alloy-block, disc-brake car . . . finished beautifully and correctly in its original “triple black.” 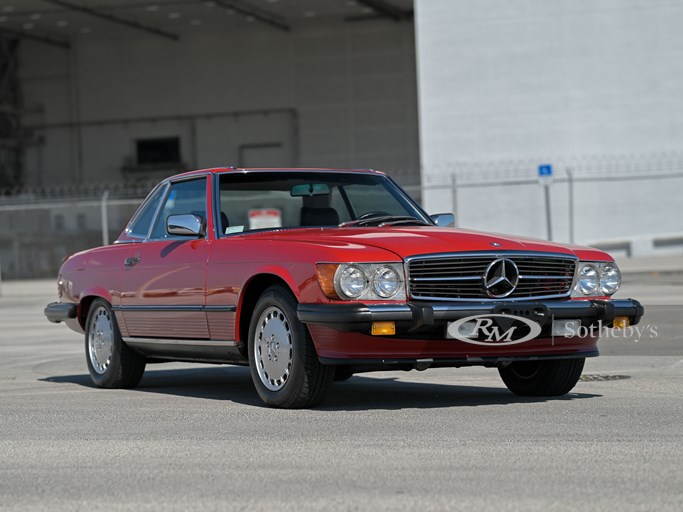 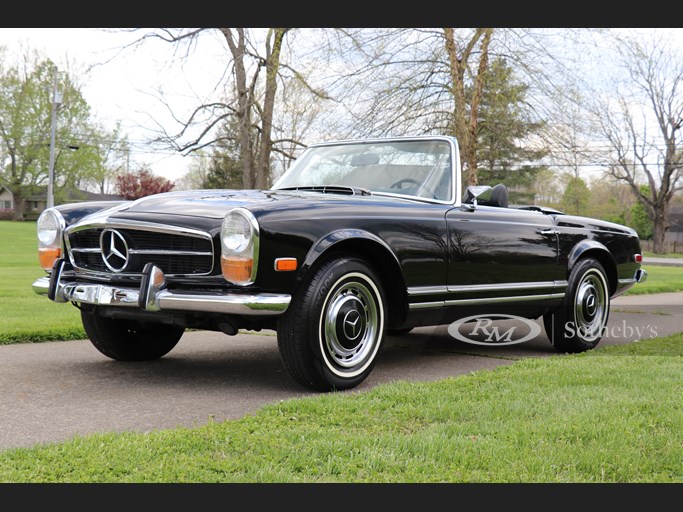 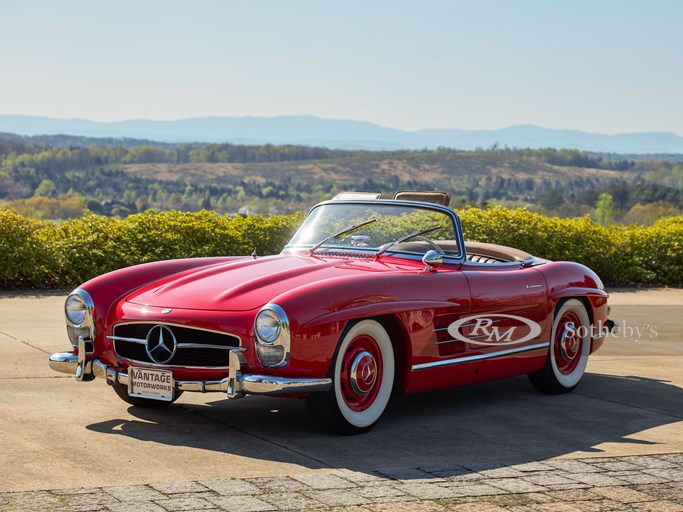 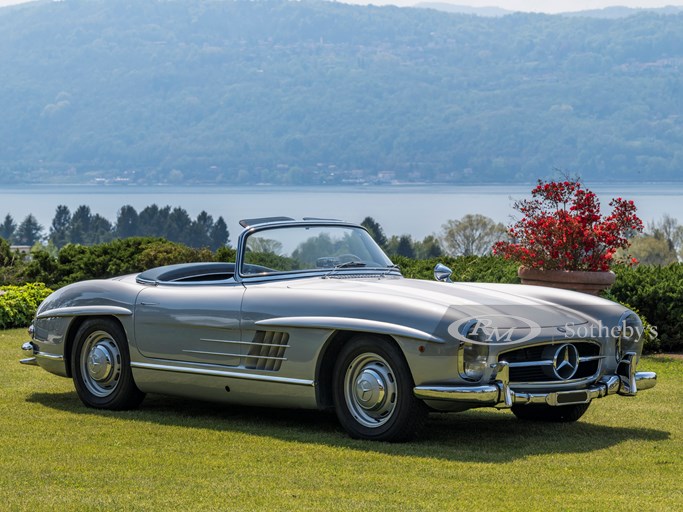