Mercedes-Benz’s 300 SL claimed 2nd in the Mille Miglia, 1-2-3 in the Sports Car Race in Berne, Switzerland, 1st and 2nd at Le Mans, 1-2-3-4 at the Nürburgring, and 1st and 2nd at La Carrera Panamericana. Yet more was to be desired. From his Frank Lloyd Wright-designed Park Avenue showroom, the company’s U.S. distributor, Max Hoffman, said that there was a market in America for a fast, sensual Mercedes-Benz coupe, and a production version of the racing 300 SL, complete with the fascinating and now legendary “gullwing” doors, necessitated by the unusual, tall “birdcage” frame design, would be it.

The “SL” moniker (translated to English as “Sport Light”) reflected the pioneering use of a welded, tubular-steel, ultra-light frame construction that weighed only 182 lbs. The car also featured fully independent suspension in addition to its fuel-injected, 3.0-liter (2,996-cc), OHC straight-six with dry-sump lubrication, and the motor was inclined to the side in order to reduce the height of the front end. The power, rated at 240 bhp at 6,100 rpm (SAE) and 215 bhp at 5,800 rpm (DIN), with the factory-optional or dealer-installed “sport” camshaft, was delivered through a four-speed manual gearbox. A 161-mph top speed and 0–60 acceleration of approximately eight seconds, depending on the rear-end ratio selected from five options, made the 300 SL the fastest production automobile of its time.

Appropriate for an automobile that Max Hoffman had almost single-handedly willed into being, the production 300 SL made its debut in the U.S., not in Germany, which was a Mercedes first. More than 1,000 of the 1,400 cars produced between 1954 and early 1957 were delivered through Hoffman, to whose showrooms the rich and famous flocked. The 300 SL was as much a status symbol in its time as it is today, as it was favored by everyone from Hollywood stars to racing legends to genuine royalty.

The 300 SL was also raced and piloted by the top drivers of the day, such as John Fitch, Olivier Gendebien, Paul O’Shea, Prince Metternich, and of course, Sir Stirling Moss, who holds the “forever” course record for his famous Mille Miglia finish in 1955. It all added to the romance of a car that seemed destined to become a legend the moment production began. It had all of the right ingredients: incredible exclusivity, incredible speed, and an incredible price.

The Gullwing offered here, chassis no. 4500080, was completed, according to factory records, on 18 November 1954, and shipped to New York City on 24 November. Subsequently, it was acquired in early 1955 through suburban Detroit dealer Falvey Motors, of Ferndale, Michigan, by José J. Calvillo. Mr. Calvillo’s namesake Detroit studio produced commercial artwork for the automotive industry, most prominently the cars depicted in Chevrolet ads of the late 1950s and early 1960s.

Factory records indicate that the car was originally finished in Light Blue (DB 334) over a Blue vinyl and plaid (L1) interior; amusingly, by the time the car arrived at Falvey Motors, however, it was apparently finished in Dark Green, which outraged the fastidious and businesslike Mr. Calvillo, who had ordered the car in Silver! Since the car had taken about six months from the order being placed until final delivery, Mr. Calvillo managed to calm himself (with no small assistance from the patient Larry Falvey) and took the car.

Eventually the Gullwing passed into the ownership of Fred T. Haddock, of Ann Arbor, with whom it remained for many years. It then came into the custody of a renowned marque specialist, who soon treated this wonderful Gullwing to a rotisserie restoration that left no stone unturned. Every mechanical and cosmetic component was fastidiously restored to original factory standards or replaced with correct new original stock parts. Likewise, the exterior was painstakingly refinished in a resplendently deep coat of Black, complemented with an interior of Dark Green vinyl and plaid seats, both correct colors included in Mercedes-Benz 1954 livery offerings.

In early 2011, this car was acquired by a bi-coastal enthusiast who maintains a fine collection of vintage automobiles at his estate in Montecito, California. In his ownership, the 300 SL was maintained and tended as needed by Jack Bianchi, a well-known veteran of the area’s motorsports community and a respected sports car and race car mechanic.

In its current ownership, the strength of the award-winning restoration work continues to characterize this stunning Gullwing. The car’s magnificent exterior condition is matched by a beautifully detailed interior, engine compartment, and trunk, as well as the overwhelmingly authentic level of presentation in every mechanical part used. Further enriched by the presence of a matching set of luggage, a complete tool kit, photo documentation of the restoration process, and a set of owner’s manuals, this arresting 300 SL Gullwing lacks for nothing. It is a show-ready example that invites future ownership to make a competitive run at national-level concours d’elegance and Mercedes-Benz club events. It is among the finest examples available in today’s market and will doubtlessly draw the attention of any serious collector looking to acquire a premium-level early Gullwing. 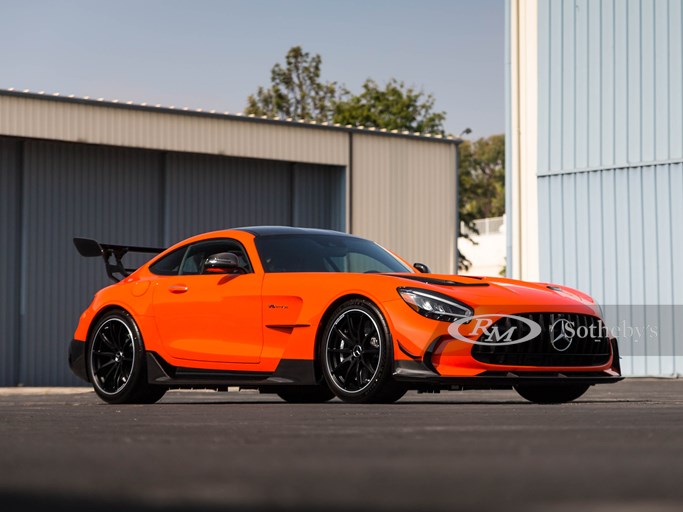