The forefather to Porsche’s current offering of turbocharged cars, the Type 930 was the first road-going Porsche to utilize forced induction. It quickly became an icon of performance and the gold standard of sports cars. Not only defined by its performance, the 911 Turbo’s unique “whale tail” spoiler and wide rear hips gave it an imposing stance, hinting at its wicked performance potential. Performance was exceptional, with a 0–60 mph sprint capable in just 4.9 seconds, leading to a top speed of just over 155 mph, figures that many production cars today still struggle to achieve.

According to the accompanying Porsche Certificate of Authenticity, this 911 Turbo was originally finished in Grand Prix White over Black leatherette and fitted with the limited-slip differential, sport seats, air conditioning, and the desirable “Turbo Designation” graphics in black. With its previous owner, Charlie Scher of West Palm Beach, Florida, who was the son of Dr. Samuel Scher, a noted collector of Rolls-Royces and Brass Era automobiles. With Scher, the car was subject to a comprehensive mechanical and cosmetic refreshing. During 2015 and 2016, over $38,000 was spent in bringing the car to its current exceptional condition. A true example of the most exciting 911 of the late 1970s, the combination of Grand Prix White with Turbo graphics and “Pasha” checkered seats truly exemplifies the style of the era and fits the car beautifully.

Purchased by the consignor in January of 2017, the car has been well kept in a significant collection of sports and racing cars on the West Coast. A wonderful example of one of the most iconic cars of the 1970s, it would be the perfect garage mate to a contemporary 911 Turbo. 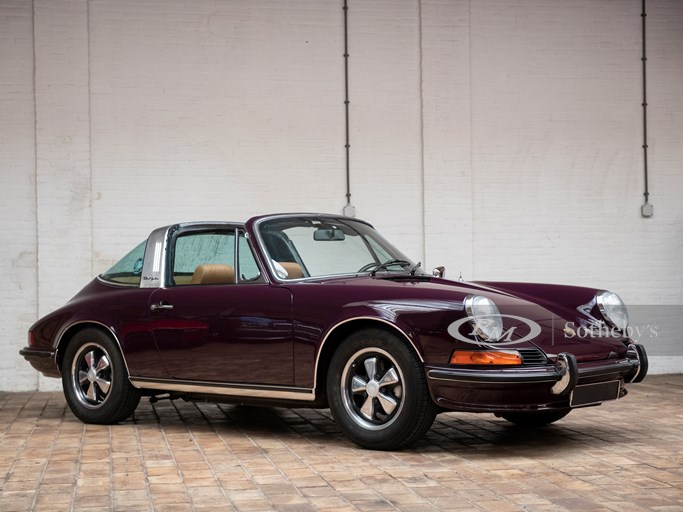