The Esteemed Collection of Judge Joseph and Margie Cassini

THE WAY OF THE GODS

Rudolph Valentino, the most famous film heartthrob of the silver screen, loved fine automobiles, in particular Isotta Fraschini, the grandest car of his native Italy. The last example that he commissioned was a unique roadster, ordered through New York distributor Ugo d’Annunzio’s Isotta Motors. Known to be an involved owner concerned with the specifications of his machines, Valentino himself was reportedly personally involved in the car’s design work, carried out by LeBaron of New York City, with the actual construction of the body handed over to the Fleetwood Metal Body Company of New York City. With its long, flared open fenders and low-slung lines, accentuated by classic “long hood/short deck” proportions, it was a showstopper deserving of a Hollywood icon.

The more’s the pity, then, that Valentino never had a chance to drive the car. Complications from a misdiagnosed perforated ulcer led to his sudden passing at the age of 31. Literally thousands of heartbroken women poured into the streets, mobbing his funeral with the sounds of tearful cries and rending garments. His roadster was completed and exhibited at the 1926 New York Auto Salon at the Commodore Hotel, then put on display in the front window of Isotta Motors, to be admired by throngs of his adoring, mourning fans. Raymond Dietrich, noting the ensuing melee, commented that the car, priced at an astonishing $25,000, should have been cut into 100 pieces and sold for $250 a piece; “such is the way of the gods.”

The Isotta remained intact when someone paid the tab and gave the car to Peggy Hopkins Joyce, an American socialite known for her highly profitable love affairs and marriages – her full name was eventually Peggy Upton Archer Hopkins Joyce Morner Easton Meyer. Which of her paramours gifted Joyce the Isotta is subject to debate; at various times it was claimed to be either one John T. Locke or even Walter P. Chrysler. She was featured with it in several New York newspaper articles of the period, with the Isotta always identified as having been the car built for Valentino.

Subsequent ownership of the roadster picks up with George Waterman, the pioneering Rhode Island collector, who was its owner as early as 1945. It was later acquired by Texaco executive Howard Kizer, who, following its original restoration in bright blue, exhibited it at CCCA events in the Midwest during the 1960s. Kizer eventually passed the car to Richard C. Paine’s renowned Seal Cove Auto Museum, where it was exhibited for nearly two decades before its sale in 1985 to Matt and Barbara Browning of Ogden, Utah.

The current owners acquired the Isotta from the Browning collection in 2001, and RM Auto Restoration soon set to work restoring every nut and bolt to authentic, original condition. The restoration was completed in 2003, and multiple significant national awards followed, including Best of Show at the Meadow Brook, Greenwich, Lehigh, and St. Michaels Concours d’Elegance; the Indianapolis Motor Speedway Celebration of Automobiles; the Elegance at Hershey; and the Concours d’Elegance of Texas, as well as Best in Class at the Pebble Beach Concours d’Elegance.

While the restoration may have been over, the owners’ devotion to presenting the car in its most historically accurate form ensured that research into its history and specifications, by RM Auto Restoration and RM Sotheby’s Research & Editorial team, never actually stopped. Today it is our distinct pleasure, after extensive research, to confirm this car’s outstanding originality, correctness, and provenance.

A second Fleetwood-bodied Isotta Fraschini roadster, chassis no. 1400, had also been built in-period, with very similar styling, and had also eventually claimed the identity of “the Valentino car.” With the goal of definitively determining which car had been shown before the adoring throngs in New York, numerous period photographs of both automobiles were carefully analyzed. They show the Valentino-Joyce car to have a straighter crown to the front fenders, a lower step for the rumble seat, a large rear-mounted spare bracket, and a golf bag door on the passenger side. These features are all found on the car offered here, including in an early period photograph and in other photos taken throughout its life – and not, importantly, on car no. 1400, even its own early photographs.

Furthermore, chassis no. 1400’s long-term second owner, Joseph Gaeta, had been a salesman at Isotta Motors, and knew his automobile since he delivered it to its first caretaker. His published recollections mention a man in California, but neither Valentino nor Joyce, the latter well documented in period as having been the recipient of “the roadster built for Valentino.” Indeed, and most importantly, Mr. Gaeta never personally applied Valentino’s name to chassis no. 1400 during his half-century of care.

With this information in hand, and the identity of chassis no. 1174 as Valentino’s Isotta firmly established, the car returned to Pebble Beach in 2017, as part of a featured class of Isotta Fraschinis. A correct pleated interior, of the type shown in photographs of the Valentino car, was installed, along with a proper top to the original design and material. The remainder of the restoration required only freshening to appear much as it did when completed over a decade earlier – a testament to the owners’ superb care and the workmanship involved. It was thereafter awarded Best in Class at Pebble Beach, again – a remarkable achievement!

The Valentino Isotta has evolved from a living object on the streets of New York to a piece of automotive sculpture that is no mere automobile, but an icon of 1920s high society. Like the man, it was a legend in life, and it remains so today.

Such is the way of the gods. 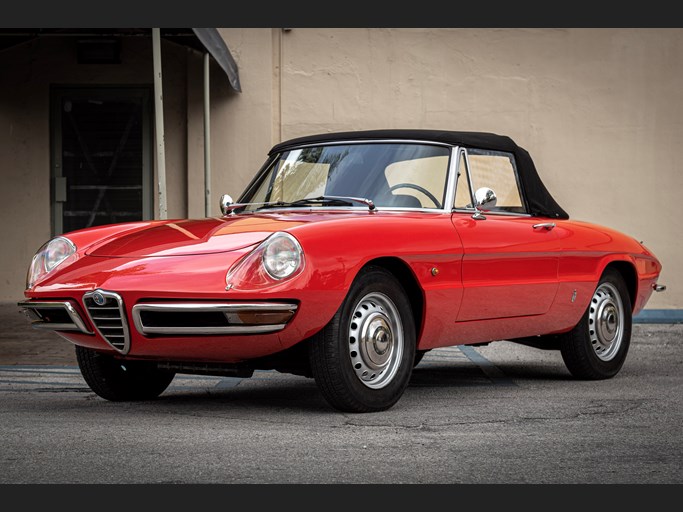