THE DAYTONA: A MODERN LEGEND

The 1968 Paris Salon ushered in a new era of design and cutting-edge performance for sports cars, as it was the event where Ferrari unveiled the new 365 GTB/4 Berlinetta. Everything about the Daytona was cutting edge, and it signaled to the world, and especially to Lamborghini, that Ferrari was here to stay. While the Lamborghini Miura P400 pushed the limits of performance through utilizing a mid-engined layout, Ferrari was persistent that its two-seater front-engined V-12 formula was capable of more extreme performance, and the 365 GTB/4 proved it.

Nicknamed “Daytona” by the press and other automotive enthusiasts in celebration of Ferrari’s incredible 1-2-3 finish at the 1967 24 Hours of Daytona, the Daytona certainly did not disappoint in terms of performance. Capable of producing 352 hp at 7,500 rpm from its magnificent V-12 engine, the Daytona could spring to 60 mph from a standstill in 5.4 seconds. Top speed was an incredible 174 mph, making the Daytona the world’s fastest production car, with a top speed three mph faster than the Miura P400.

Chassis no. 16961 was completed to U.S. specifications, with left-hand drive and air conditioning, on 5 November 1973, and delivered the following month to Luigi Chinetti Motors of Greenwich, Connecticut. By November 1975 it had moved Northwest to Vancouver, British Columbia, advertised in that month’s Road & Track magazine as “probably [the] last unregistered Daytona coupe in U.S. Never driven.” The contact was a Miss N. Nicols, who, based upon the given Vancouver address, may have been representing Don Kalmokoff, inventor of the Aristocart stereo tape cartridge player used by FM radio stations. Miss Nicols was still advertising the car as late as March 1977, when it appeared in the pages of Hemmings Motor News.

Later in the 1970s the car was purchased by Vancouver resident F.W. Griffiths, who had it refinished in red. It was subsequently sold in December 1981 to William Gillespie Jr., of Germantown, Tennessee, then in 1985 by Steve Forristall to Ron Cohen of Potomac, Maryland. Cohen stored the car until 2009, then reportedly spent $50,000 returning the car to roadworthy condition. Afterward it was sold through a broker to its current owner.

The owner undertook a careful, sympathetic restoration of the excellent car to its original specifications, including the correct color (one of 30 finished in Nero); the engine and transmission have never been out of the car, only detailed, and the interior is the original installed by the factory in 1973, remaining in remarkable condition. Further, the Daytona retains all of its proper drivetrain components, including the now-unobtainium U.S. emissions equipment, and is still on the correct magnesium “throwing star” wheels.

At the time of cataloguing the car recorded just 15,594 actual miles, traceable through its accompanying Marcel Massini report, at the time of cataloguing. It is offered with receipts for a recent extensive service by Ferrari specialist Greg Jones, its 1985 Bill of Sale from Forrestal Motors, as well as sets of tools (including the “briefcase” of fitted wrenches, and the very rare “wiping cloth” in mint condition), a spare set of Borrani wire wheels, complete books, and the Red Book for its Ferrari Classiche certification. The latter documents its original engine, transmission, and other components as matching to the car.

This is an utterly superb Daytona, with low mileage, in one of the best imaginable color schemes, beautifully finished with proper respect to its outstanding originality, and equipped as any buyer would desire, with full books, tools, and the all-important Classiche Certification. It remains one of the finest available today, in the 50th Anniversary season of the Daytona. 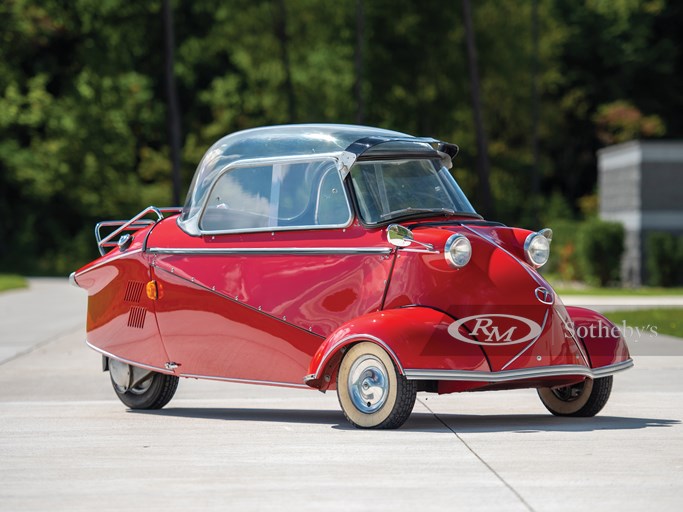