The first true production four-passenger car from Ferrari was the 250 GTE 2+2, which combined the beautifully proportioned Pininfarina design with excellent handling and balance of its two-seat predecessors. The first of these cars was used by the Clerk of the Course at the 24 Hours of Le Mans in 1960, an incredible introduction to the world at a race where Ferrari took six of the first seven places.

After three years of tremendous success, toward the end of 1963, the 250 GTE was replaced with an upgraded model, which was powered by the new four-liter Colombo V-12. It was improved with revised combustion chambers and wider-spaced bores, and it was estimated to produce a conservative 300 brake horsepower. Aside from this engine, the new car shared the same chassis and was virtually identical in outward appearance to the 250 GTE 2+2. Following Ferrari’s practice of naming an engine for the displacement of a single cylinder, the new model was dubbed the 330 America 2+2, which was also a nod to its intended market, for which only 50 of these cars were produced.

Records of noted Ferrari historian Marcel Massini indicate that chassis number 5049 was dispatched to Luigi Chinetti Motors of New York City in the autumn of 1963, and delivered to none other than casino magnate, Ferrari dealer, and renowned collector, Bill Harrah. While most cars delivered to Mr. Harrah were sold through his dealership, he kept this car in his fleet for four years, and used the Ferrari as a loaner for celebrities who would visit him.

After its time with Harrah, in 1968 the car passed to its second owner, William Eaglestone Jr., with only 7,000 miles on the odometer. In 1971 the car was purchased by Ronald Gehrke, who would keep the car until 2006 – a remarkable period of 35 years of single ownership. For much of this time, the car was stored awaiting its eventual restoration, entrusted to Will Haible Ferrari Service of San Leandro, California.

The extensive work conducted on the car included a total engine rebuild, suspension rebuild, and bare metal repaint in metallic grey completed by Perfection Ltd of Berkeley, California. The interior was re-trimmed by Hayward Auto & Marine Upholstery, with new black Italian wool trunk carpeting from Germany, new maroon Wilton wool for interior carpets, and seats trimmed in maroon Connolly leather by Jordan Enterprises of San Leandro, California. With the restoration complete, Gherke presented the car at the second GTE gathering at Concorso Italiano in Monterey, California, during which the car presented very well.

In 2006 Mr. Gherke eventually parted with the car, and in the same year, the car passed to its current owner and joined his extensive stable of European sports cars. Since that time, it has been wonderfully preserved and remains a very well-restored example with matching numbers.

It should be noted, of course, that such 330 Americas are especially rare – rarer, in fact, than most production Ferraris of the period. Furthermore, they are particularly convenient and driver-friendly GT cars with plenty of V-12 power to boot. In short, they combine the absolute best characteristics of performance, driving manners, and collectability. 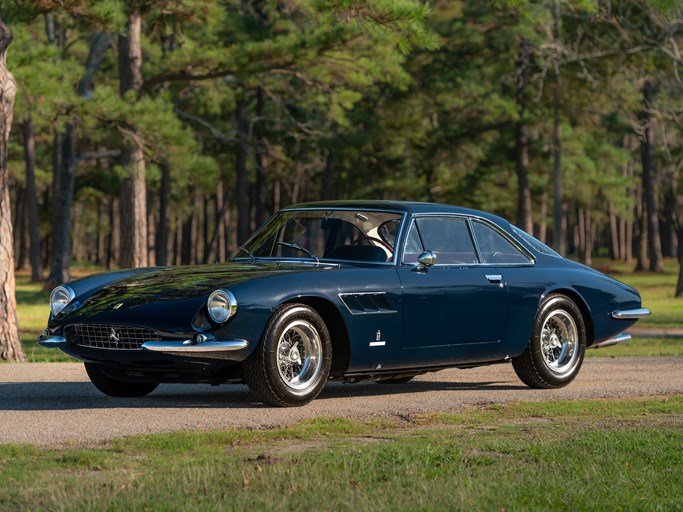 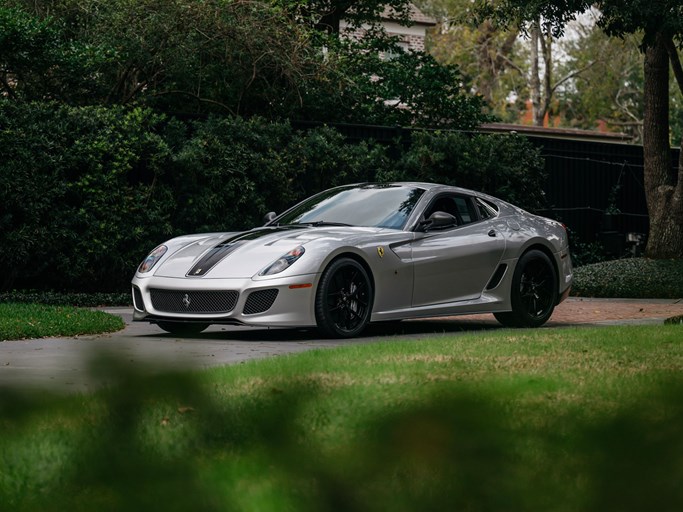