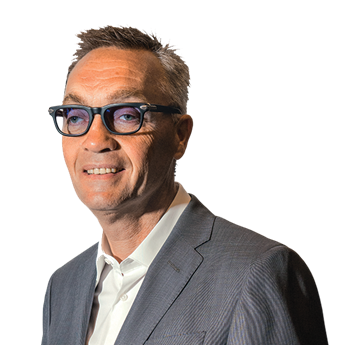 Tonnie Van der Velden joined RM Sotheby's European division in September 2015 as a Car Specialist. A lifelong enthusiast, Tonnie traces his love for classic cars back to 1975, when his brother bought a Mercedes-Benz 300 SL Roadster. His brother's purchase quickly led to buying and selling as a hobby, exposing Tonnie to a wide variety of makes and models from a young age. In 1987, Tonnie entered into business with his brother and has since been actively involved in buying and selling classic and modern examples on an international level, including such marques as Ferrari, Maserati, and Mercedes-Benz.

While Tonnie's passion for automobiles spans the spectrum of the market, from pre-war to modern sports cars, he has a particular penchant for European sports cars, with a focus on Ferrari. He purchased his first collector car in 1982—a 1963 Alfa Romeo Giulia SS—and has gone on to own a diverse range of motor cars from a 1909 Jackson to a 1956 Chevrolet Corvette, a 1963 AC Cobra, and numerous contemporary Ferraris. Tonnie fully embraces the automotive lifestyle and regularly participates in a number of hobby events. He also takes a keen interest in automobilia and automotive art, as well as other passion-driven hobbies such as fine art and watches.