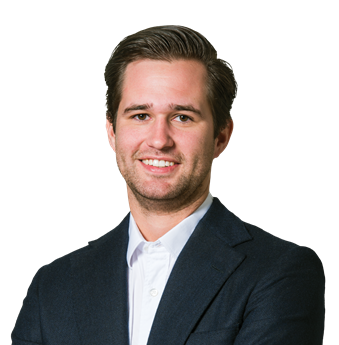 Thatcher Keast joined the RM Sotheby's Group as a Car Specialist in 2015 shortly after graduating from Kansas State University with a Bachelor of Science in Business Marketing. Thatcher began working in the automotive industry at just 14 years old when he started his own automotive detailing business in Salina, Kansas. He soon found a mentor in local car collector Roger Morrison and became responsible for maintaining his diverse collection of automobiles, including Shelbys, Porsches, and Brass Era Rolls-Royces. What started as a summer business venture nurtured a strong appreciation for a broad spectrum of collector cars, as well as what it means to maintain a significant piece of automotive history, and further developed his passion for the industry. Thatcher has a special interest in Shelby Cobras and Mustangs, German performance cars, and modern supercars and is a member of several enthusiast clubs, including the BMW Car Club of America, the Mercedes-Benz Club of America, and the Antique Automobile Club of America.

Highlights from Thatcher's RM Sotheby's career to date include participating in the cataloguing trips for both the Riverside International Automotive Museum Collection in 2016 and the Orin Smith Collection in 2017, as well as being a part of fellow car specialist Donnie Gould's pit crew for his return to vintage racing at the 2017 24 Minutes of Daytona.