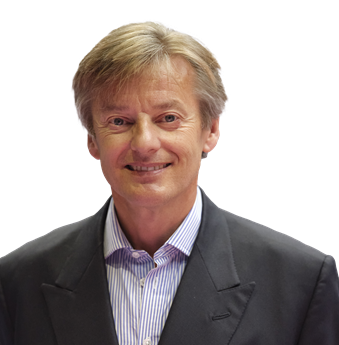 Simon Drabble has over 30 years of trading and sales experience in commodities and emerging markets. From 1997 until 2015 Simon focused on FX and Fixed Income sales at leading emerging markets specialist, Standard Bank in London. During his last 10 years at Standard Bank, he was a Director, with particular focus on providing leverage on emerging market asset based portfolios to family offices and hedge funds.

The financing often required dynamic solutions and a clear understanding of the risk and liquidity of the offered asset. These deals also required ongoing risk management. As a result, it was key to the success of the desk that Simon always maintained strong relationships with both the bank's credit department and, most importantly, the client.

Additionally, Simon has a longstanding background in classic and competition cars. He has owned classic cars since the early 1990's and started competing in historic racing in the late 1990's. Initially racing an Alfa Romeo, in the early 2000's he bought the famous Graham Capel Lotus 11 GT in which he competed in the BRDC Historic Sportscar Championship. He has been a regular competitor at Goodwood and other prestigious historic racing events, often driving with his son in two driver races, in a variety of historic GT and saloon cars.

Since leaving the City in 2015, Simon followed his passion, initially working closely with a globally renowned private car collection, as well as trading in historic and competition cars with a long established leading company, before leaving to work on his own. In addition to his involvement in the motor industry, Simon also holds advisory roles with several family offices and commercial property investments.