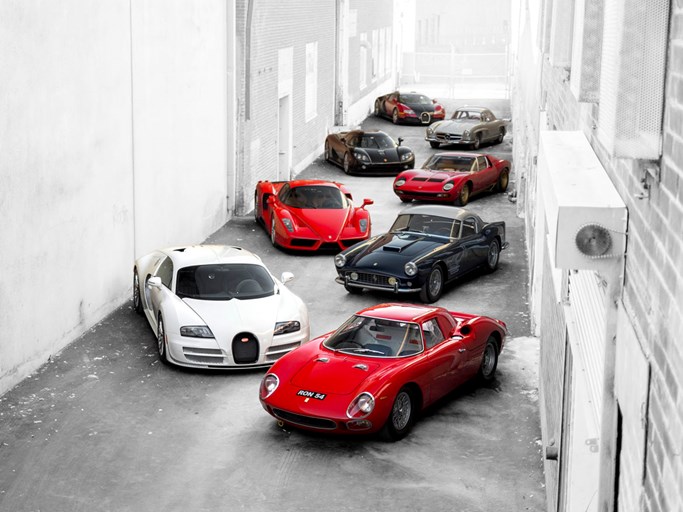 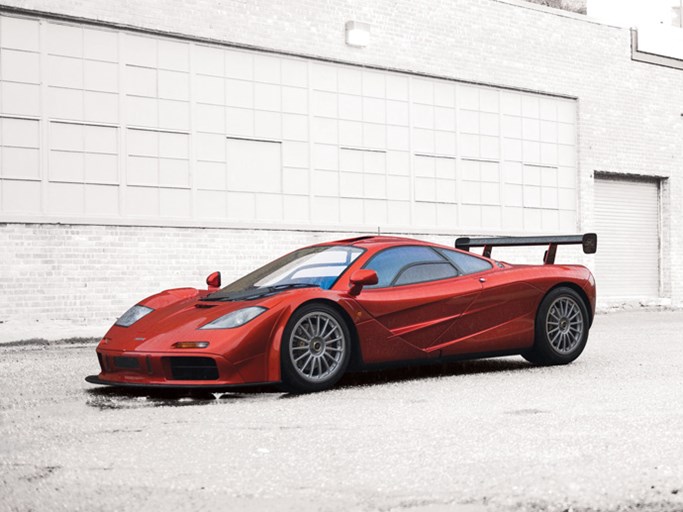 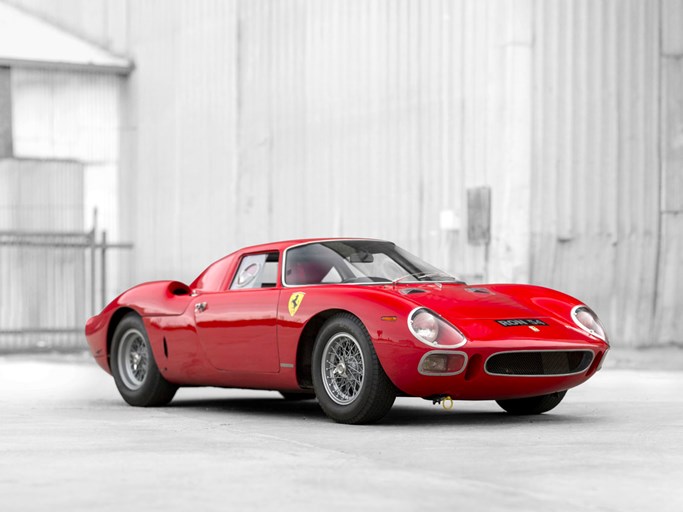 NEW YORK, New York (June 3, 2015) – A private automobile collection of unprecedented value will cross the auction podium this summer as part of RM Sotheby’s flagship Monterey, California sale. Dubbed ‘The Pinnacle Portfolio: A rare collective of automotive distinction’, the collection of post-war sports cars comprises an exceptional series of 25 automobiles, each of which represent key milestones in automotive design, engineering and performance. From some of the most iconic and important sports and racing automobiles of the 1950s and 60s, to an incredible selection of cutting edge, high-performance contemporary supercars, the value of the offering comfortably exceeds all other private automobile collections sold at auction.

“While many of the world’s most impressive collections were established in the public eye of the car-collecting world, The Pinnacle Portfolio was assembled with a clandestine, surgical precision unlike any other that has come to market. Its almost obsessive focus on perfection, rarity, and the superlative, irrespective of price, makes it the most significant and valuable private collection of motor cars ever presented at auction,” says Shelby Myers, Car Specialist, RM Sotheby’s.

Myers adds, “From Ferraris and Lamborghinis, to Bugattis and Porsches, an offering of this importance and rarity is absolutely unprecedented. A sure focal point of this year’s Monterey week, it provides the most serious car collectors an exclusive opportunity to own the pinnacle model of each of the world’s most celebrated marques. We’re delighted to announce early highlights from the collection, and look forward to sharing additional entries as we count down to the August sale.”

Highlights of The Pinnacle Portfolio

Each vehicle in The Pinnacle Portfolio is considered the apex of its respective group and era. The collection spans 57 years of automotive history and design, from a matching-numbers 1955 Mercedes-Benz 300 SL Gullwing Alloy, one of just 29 aluminum-bodied examples, to a 2012 Bugatti Veyron 16.4 Super Sport. Additional features include:

1964 Ferrari 250 LM, chassis no. 6105
The 23rd  250 LM built, chassis 6105 was shown at the 1964 Earl’s Court Motor Show shortly before it was purchased by Ron Fry, who campaigned the car at a number of hill climbs in the U.K. It continued to be frequently raced throughout England with great success in its early years, and has recently competed at vintage events such as the Goodwood Revival, Tour Auto and twice at the vaunted Le Mans Classic. 250 LMs are known for being raced hard, with many having incurred incident along the way. Certified by Ferrari Classiche as retaining all of its original mechanical components, chassis 6105 is considered by most Ferrari authorities to be in the upper echelon of surviving examples and truly one of the finest examples extant.

Arguably the greatest supercar ever built, this road-race hybrid McLaren F1 is the 63rd and second-to-last road-specification example built. One of just two examples upgraded by McLaren Special Operations to feature an LM-spec engine and the ‘Extra High Downforce Package’, it retains its road-specification interior and features numerous upgrades, including satellite navigation, making it one of the most desirable and valuable examples in existence. Fully serviced by the McLaren factory in New Jersey, it represents the best of both worlds: a fully streetable F1, with LM-performance, making it a perfect candidate for the casual drive or track duty.

1959 Ferrari 250 GT LWB California Spider, chassis no. 1307 GT
One of the most coveted of all Ferrari convertibles, this matching-numbers, Classiche certified California Spider is the 23rd of just 50 long wheelbase examples. Considered one of the finest, and certainly the prettiest of the breed, 1307 GT is equipped with various rare factory-installed features, including unique Superamerica-style front fender vents, an inset air intake on the hood, velocity stacks, and a factory hardtop. Delivered new to Prince Alvise Hercolani of Bologna, it was later owned by racing driver Wolfgang Seidel and Ferrari historian Ed Niles. The recipient of a no-expense-spared restoration, it is no stranger to the Monterey Peninsula, having been displayed at the 2008 Pebble Beach Concours d’Elegance.

2005 Ferrari Enzo, chassis no. 141920
Unquestionably the most famous and desirable Enzo of all, this vehicle is the 400th and last example built by Ferrari. Boasting an unmatched provenance, it was gifted by former Ferrari Chairman Luca Cordero di Montezemolo to the late Pope John Paul II, and later auctioned on his behalf with proceeds supporting the relief of tsunami victims. Its significance is further elevated by numerous unique factory delivered options, including a carbon fiber rear spoiler, Daytona seats, and an inscription by Montezemolo under the hood, which highlights the vehicle’s papal connection.  An incredibly low mileage example – showing just 180km from new - it headlines a complete run of modern Ferrari supercars in The Pinnacle Portfolio, including a 288 GTO, the final F40 LM built, and an F50.

A bookend pair of Bugatti Veyrons, chassis no. 001 and chassis no. 300
Every collector understands the added value of owning the first and last of a given production run, but is almost never afforded the possibility. The upcoming sale of The Pinnacle Portfolio presents an unrepeatable opportunity to acquire a pair of incredibly important Bugatti Veyrons, chassis no. 001 and chassis no. 300. Both freshly serviced, they were recently displayed at the Bugatti factory in Molsheim, as well as at the 2015 Geneva Auto Show.


This example is the very first Bugatti Veyron 16.4 sold to the public and arguably one of the most important supercars built in the 21st century. Enthusiast owned and wonderfully maintained throughout its life with less than 800 miles on its odometer, it is an investment-grade supercar with outstanding performance that will most certainly be the absolute icon of its era for future generations.

A list of early highlights to be offered from The Pinnacle Portfolio is available for viewing here: http://bit.ly/1ETJMsS, with later announcements to follow.

An institution spanning more than 25 years, RM Sotheby’s flagship Monterey auction, held during the world-famous Pebble Beach Concours d’Elegance week, returns to downtown Monterey, California, August 13-15. In 2014, the RM event set a new benchmark for a collector car auction, generating a remarkable $143.4 million in sales to become the highest grossing collector car auction of all time. This year’s event, headlined by The Pinnacle Portfolio, is set to continue the company’s strong track record in California, lifting the gavel on a magnificent roster of 150 blue-chip automobiles. For further information, visit www.rmsothebys.com or call +1 519 352 4575.