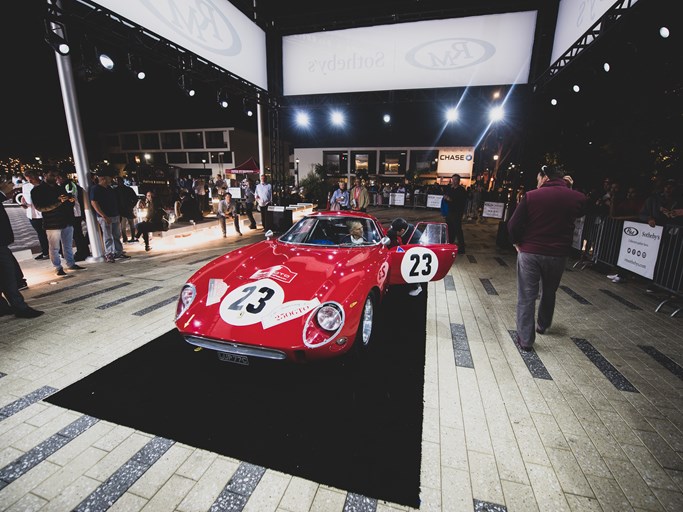 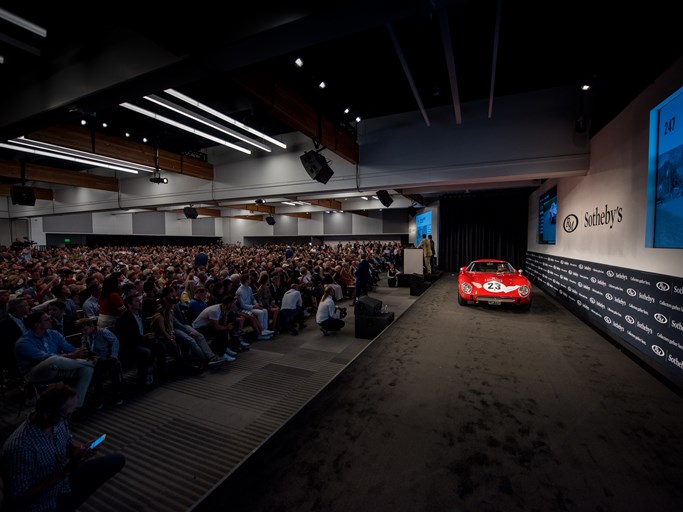 Monterey, CA (25 August 2018) – Tonight in Monterey, California RM Sotheby’s made auction history when a 1962 Ferrari 250 GTO, chassis no. 3413 GT, long considered to be the ‘holy grail’ of the collector car world sold for $48.4 million, becoming the most valuable car ever sold at auction. There were cheers and applause when five-time Le Mans winner Derek Bell stepped out of the car after driving it across the auction block in front of an overflowing salesroom, followed by gasps as auctioneer Maarten ten Holder opened the bidding at the unprecedented level of $35 million. Three collectors bidding via telephone competed for the car, sometimes moving in million dollar increments before it hammered after nearly ten minutes for $44 million, or $48,405,000 with fees.

“My journey with the 250 GTO has come to an end, but I am excited to see how this fantastic car is enjoyed by the new owner. They will have seen the seemingly unbelievable list of superlatives that are used to describe it – legendary, historic, holy grail – but I can assure them that once they get behind the wheel, they will understand that every one of them is true.”

The remarkable 1962 Ferrari 250 GTO, chassis no. 3413 GT, is the third of a mere 36 examples built, and arguably one of the purest and best of the breed. The GTO began its life as a Series I automobile and was used as a test car by Phil Hill for the 1962 Targa Florio road race, before proceeding to win 1st in class at the event for the next two years. This led the car to claim the 1962 Italian National GT Championship, with victories in 9 out of 10 races.

The sale also saw exceptional results for sports cars and sports-racers, including the 1957 Porsche 550A Spyder that soared over the high estimate to sell for $4.9m, and a 1956 Maserarti A6G/2000 Zagato which fetched $4.5m. Modern super cars showed continued strength with a U.S.-spec Ferrari F40 selling for $1.7m, and the Mercedes-Benz AMG CLK GTR setting a new record for the model at $4.5m.