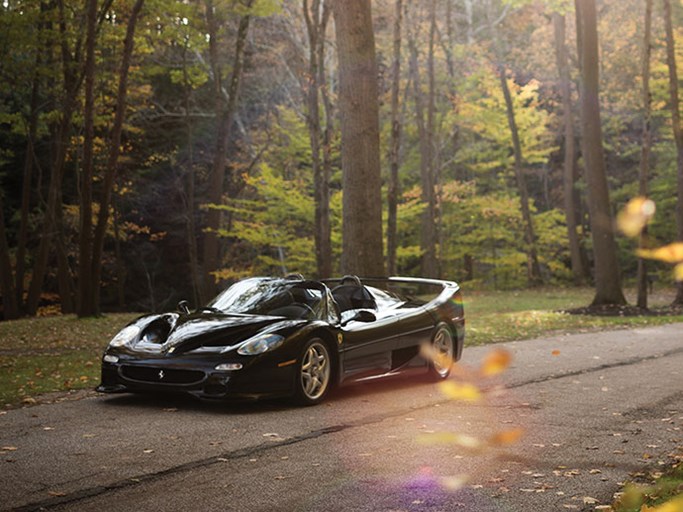 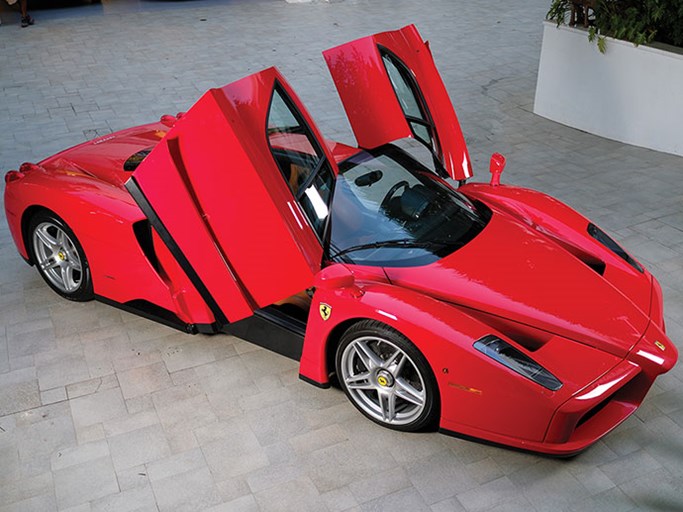 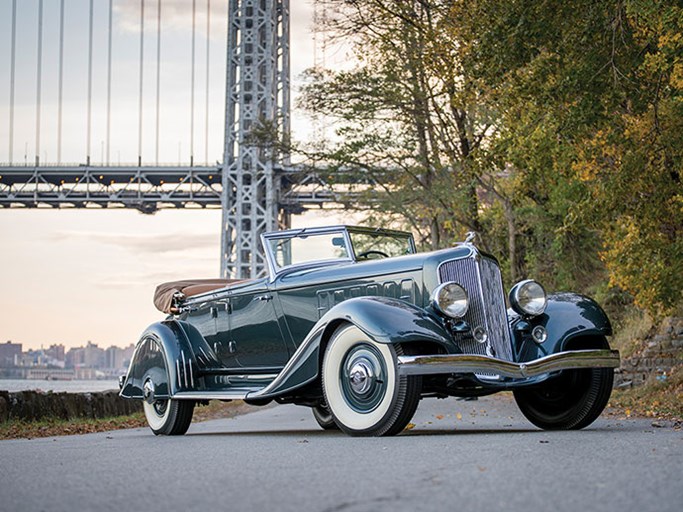 BLENHEIM, Ontario (November 8, 2016) – From a one-off Chrysler CL Imperial to a fierce Ferrari F50 and a Ferrari Enzo owned by fashion mogul, Tommy Hilfiger, RM Sotheby’s will shine a spotlight on groundbreaking automotive design when its annual Arizona Biltmore sale returns to Phoenix, January 19-20. Celebrating its 18th consecutive year in 2017, RM’s Arizona sale has been witness to some of the world’s most spectacular automobiles over the years; the 2017 iteration will continue in the event’s stylish footsteps, presenting 120 handpicked motor cars.

When it comes to American Classics, the one-off 1933 Chrysler CL Imperial Dual-Windshield Phaeton set for RM’s Arizona sale is groundbreaking in design. Believed to be the last example completed, chassis no. 7803657 was the stunning personal car of LeBaron’s renowned automotive designer Ralph Roberts. More than just a custom creation, it is an important design statement—a reflection of Roberts’ forward-thinking genius and his ideas and philosophies about what a modern automobile should be. From its low-mounted headlamps to its extended fender line, aerodynamic rear fender skirts and dual rear-mounted spares, such styling cues were ahead of their time, and their influence can be clearly seen on the Chrysler Airflow and Airstream models that followed. Further differentiating 7803657 from its peers, it was the only CL Imperial Dual-Windshield Phaeton to have its radiator shell painted as opposed to chromed, along with its headlights and horns, a very unorthodox idea in 1933.

Beyond its magnificent styling, 7803657’s provenance is elevated by its well-known ownership history which includes the renowned Milhous and Otis Chandler Collections, along with various successes on the show field, including Best of Show at the Concours d’Elegance of America at St. John’s, and Best in Class at the Pebble Beach Concours d’Elegance (Est. $1,400,000 - $1,800,000).

“The importance of this Chrysler CL Imperial cannot be overstated. It is, by far, one of the most significant Chryslers ever built, and arguably one of the best-looking American Classics,” comments Gord Duff, Car Specialist, RM Sotheby’s. “Then comes its incredible provenance: not only was it a designer’s personal car, but past ownership by some of the hobby’s top collectors reinforce its importance and value in collector car circles. As a one-off creation, you never know when you may see this Chrysler back on the market. It’s definitely one to watch and deserving of close inspection.”

FROM AMERICAN CLASSICS TO MODERN SUPERCARS
In keeping with past tradition, entries for RM’s 2017 Arizona sale will offer tremendous diversity, ranging from pre-war classics through to important sports and racing greats and contemporary supercars. To this end, the elegant, flowing lines of the Chrysler CL Imperial will be juxtaposed by the appearance of two of Ferrari’s hottest modern supercars: a 1995 F50, and a 2003 Enzo.

Essentially an F1 car for the road, the F50 combines cutting-edge, Formula One-inspired innovation and technology with a road car platform. From a design perspective, it is differentiated from its supercar siblings by its open-top, enabling both driver and passenger to enjoy the car’s full exhaust note. A U.S.-spec example, the 1995 Ferrari F50 set for RM Arizona is one of very few completed in black, and sports just 2,000 miles from new (Est. $3,000,000 - $3,500,000).

Designed by Pininfarina, the Enzo was a drastic departure from the cars that came before. From nose to tail, form was secondary to function providing for an unrivalled driving experience. Gone was the massive rear wing that defined both the F40 and F50, replaced by a small speed-activated spoiler at the rear, while the protruding nose was a styling cue taken from Ferrari’s contemporary Formula One cars to highlight its use of race-inspired technology. The 2003 Ferrari Enzo set for RM’s Arizona sale comes from the collection of fashion mogul, Tommy Hilfiger. Purchased new by Mr. Hilfiger, it is one of very few examples in the U.S. that have remained with its original owner. Exceptionally well maintained, it is also low mileage, showing just over 3,600 miles on its odometer (Est. $2,700,000 - $3,000,000).

For further information or to view a frequently updated list of entries for RM’s upcoming sale at the Arizona Biltmore, please visit www.rmsothebys.com or call +1 310 559 4575.