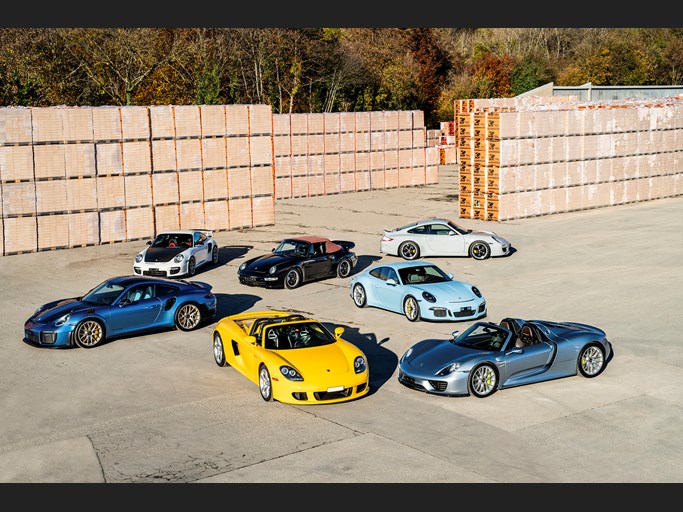 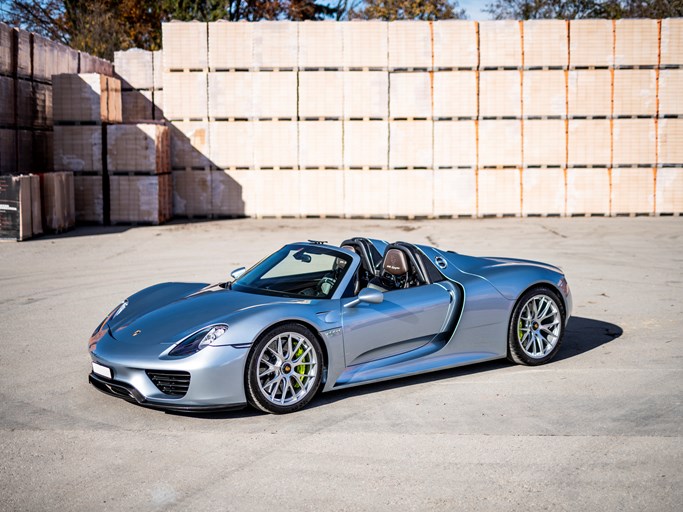 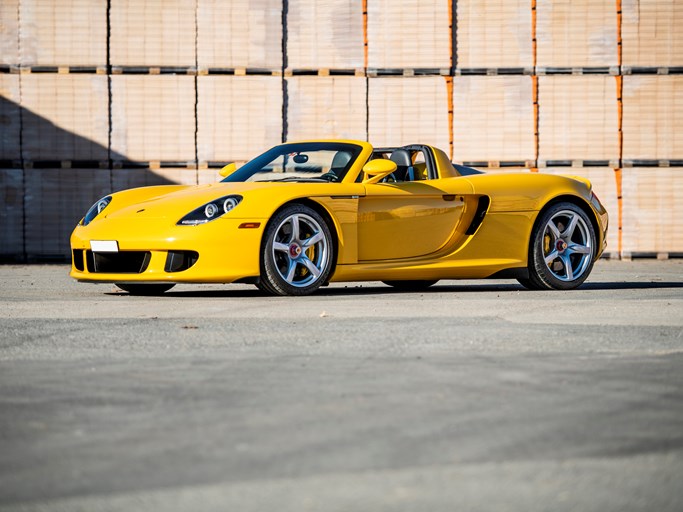 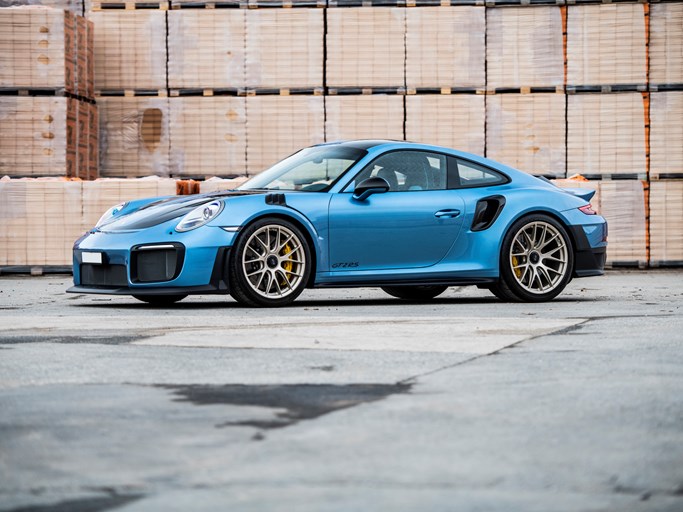 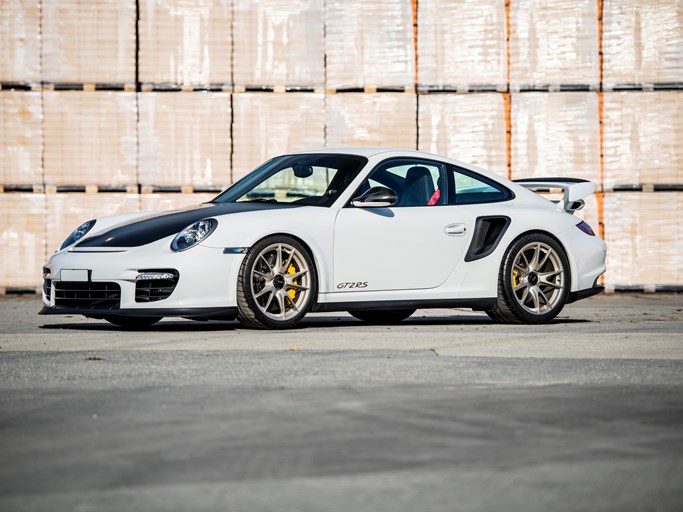 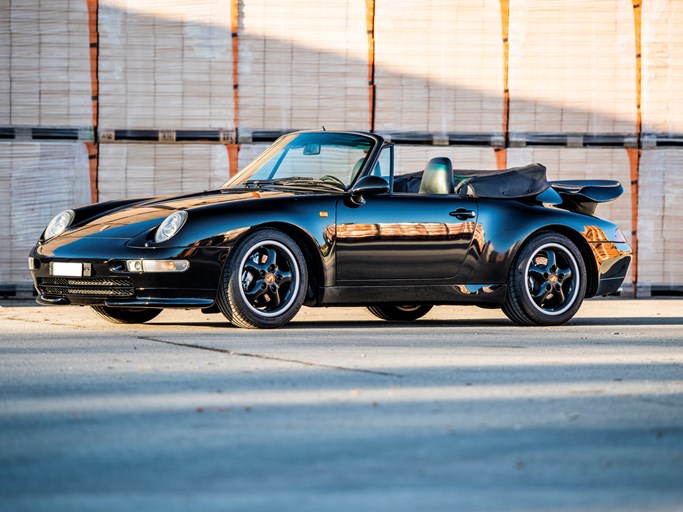 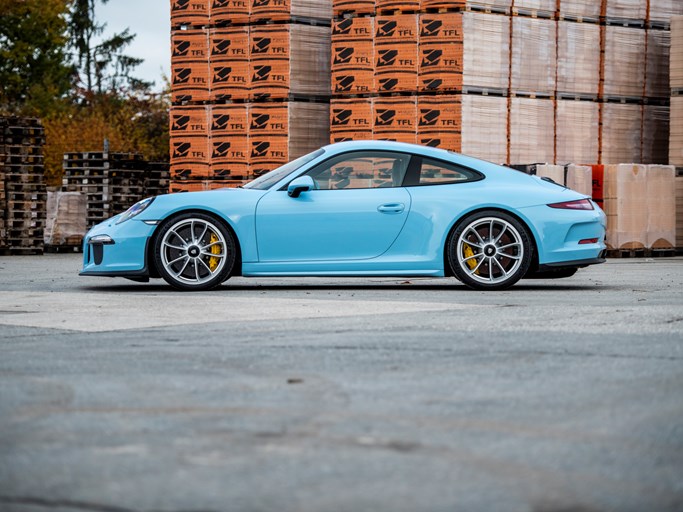 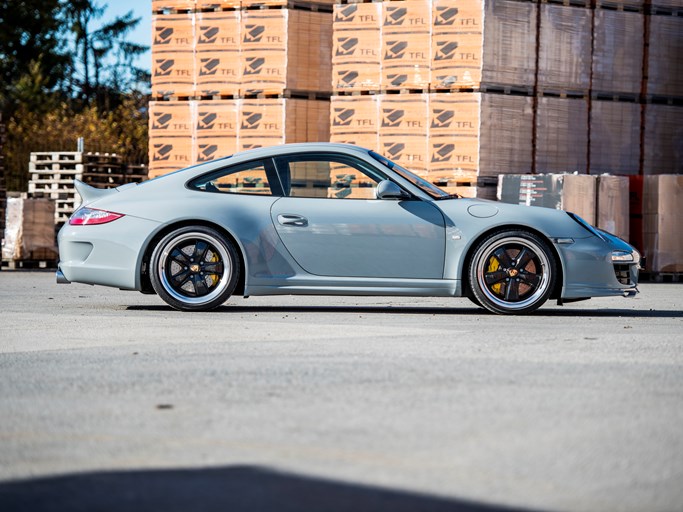 LONDON (3 February 2021) – RM Sotheby’s is delighted to present a collection of seven rare, limited-production Porsches from a single-owner Swiss collection. All the cars are exceptional, low-mileage examples, and feature a range of Porsche Exclusive specification highlights and paint-to-sample colors. The collection will be sold as a stand-alone collection within RM Sotheby’s upcoming Online Only: Open Roads, February sale, and will be the only lots to be sold in Swiss Francs. The Open Roads auction will commence on 19 February and have a staggered closure over 26, 27 and 28 February, with this wonderful Porsche collection being the last lots to close on 28 February.

Oliver Camelin, Car Specialist at RM Sotheby’s, says: “This collection of Porsches, offered by a discerning Swiss-based collector, represents one man’s passion for the Stuttgart marque and his desire to bring together some of the rarest and most desirable models produced over the last 25 years. We are delighted to bring them to market and it clearly makes sense to offer them in Swiss Francs, given the likelihood that the cars will appeal to a Swiss buyer. However, the Carrera GT, being a U.S.-specification car, may well find its new home back on that side of the Atlantic. Either way, these cars are a rare opportunity for any collector”.

Leading this incredible collection is the 2014 Porsche 918 Spyder, the hybrid hypercar developed to compete with the Ferrari LaFerrari and McLaren P1. The 918 Spyder boasted the furthest electric-only range, the lowest carbon dioxide emissions, and the lowest fuel consumption and yet it sprints to 100 km/h in 2.6 seconds and has a top speed of 345 km/h. The example on offer features a number of highly desirable options, including Porsche’s Liquid Chrome Blue Metallic paintwork, an option unique to the 918 Spyder and which cost $63,000, and an interior trimmed in Mocha Brown leather with Silver accents. The car’s standard wheels were replaced with the magnesium-alloy wheels fitted to cars with the Weissach package, but the original wheels are included in the sale. With single ownership and just under 5,500 km from new, the car was delivered through Porsche Centre Lausanne to the consignor in June of 2014 (Est. 975,000 - 1,100,000 CHF).

A decade before the 918, the Carrera GT was the undisputed king of the Porsche range. On offer is a 2004 example in U.S. specification—one of 644 produced for the market—and which would, therefore, make an easy import back into the U.S. In a departure for the Stuttgart marque, the Carrera GT featured a naturally-aspirated wide-angle V-10 engine which had its roots firmly in a motorsport application, but which ultimately came to fruition in the Carrera GT and produced an arresting 605 bhp. Just 1,270 cars were built with production beginning in 2004. Of those, approximately 644 were designated for the U.S. market, including the example offered here. Finished in Fayence Yellow over a Dark Grey leather interior, it was shipped to its first owner in the U.S. in late 2004 and was exported to Switzerland in 2008. With a fully documented history, it was last serviced in March of 2020 at 16,327 km (Est. 775,000 - 825,000 CHF).

Nothing says ‘race car for the road’ better than a Porsche GT2, with the GT2 RS being the ultimate development of these incredible cars. On offer within the collection is a 2018 Porsche 911 GT2 RS, with just under 450 km from new and presented in beautiful, paint-to-sample Azzurro California Metallic. Featuring extensive carbon fibre and magnesium in its construction, at the car’s heart is a twin-turbocharged 3.8-litre flat six-cylinder engine producing 691 bhp—the most powerful street-legal 911 ever built. Delivered new to its first and only owner through Porsche Centre Lausanne in 2018, this GT2 RS remains in virtually as-new condition throughout. Inside, the car has been fitted with two-tone adaptive sport seats trimmed in matching, two-tone black and light blue leather, and with the rear spoiler removed, it boasts a more subtle look, although this accompanies the car and can easily be refitted. This GT2 RS is a rare opportunity to acquire one of the most legendary of all road-going 911s (Est. 390,000 - 450,000 CHF).

And if one GT2 RS isn’t enough, the collection features a second example. Also on offer is a 2010 Porsche 911 GT2 RS built for the 2010 model year and finished in Carrera White over a two-tone interior trimmed in black and red leather. Optional extras include the PCM stereo system, mobile phone preparation, Sport Chrono package, sport seats embossed with the Porsche crest, B-pillar seatbelt outlets in carbon fibre, carbon-fibre air vents, carbon-fibre centre console, clear taillights, lithium-ion battery, and carbon-fibre front fenders. Purchased new by the consignor and delivered new through Porsche Centre Lausanne in October of 2010, the car has only covered 6,000 km from new (Est. 400,000 - 450,000 CHF).

If performance and rarity appeal to you, the 1995 Porsche 911 Turbo Cabriolet ticks all the boxes. The collection features an outstanding example, which, as one of only 14 993 Turbo Cabriolets built by Porsche Exclusive, makes the model one of the rarest Porsche road cars produced. The brainchild of Fritz Haberl, owner of MAHAG Porsche in Munich, Haberl approached Porsche executives with the idea of a Turbo Cabriolet built as a limited-edition model. Porsche agreed to Haberl’s suggestion with a minimum order of ten cars, to which Haberl agreed. At its heart was the M64/50 3.6-litre flat six-cylinder engine with a single turbocharger, which nestled between widened its rear wheel arches, while the rear spoiler from the 964 Turbo S was added for extra visual appeal. Staggeringly expensive when new, only 14 Turbo Cabriolets were sold in total and Porsche even gave them their own production designation and a unique VIN series. Believed to have been commissioned by Willi Weber, Michael Schumacher’s long-time manager, this example sports black paintwork with black wheels over a matching black interior with a maroon convertible top. There are numerous carbon fibre options fitted to the interior, including a carbon-fibre steering wheel, instrument binnacle, gearstick, hand brake, and door cards. Interestingly, this example also features a special gearbox with no clutch pedal, sourced from RUF and installed by Porsche Exclusive.  Amongst the rarest of 993s, this 32,000 km Turbo Cabriolet would be an excellent addition to the world’s finest Porsche collections (Est. 775,000 -875,000 CHF).

Also offered is a 2017 Porsche 911 R, in Gulf Blue over brown leather interior with pepita inserts. With under 2,800 km from new, this single-owner car is one of only 41 delivered to Switzerland, delivered new through Porsche Centre Lausanne, and even rarer in its paint-to-sample color. The car was fitted with Porsche’s adaptive sport seats, trimmed in brown leather with pepita inserts, and other extras include the desirable single-mass flywheel, 90-litre petrol tank, Bose sound system, side skirts painted in the exterior color, aluminium-look fuel filler cap, headlight washers painted in the exterior color, additional dashboard trim in leather, and over 14,000 CHF in CXX custom tailoring options (Est. 330,000 - 380,000 CHF).

Rounding off the collection is 2010 Porsche 911 Sport Classic, the 12th of just 250 Sport Classics built. Like all Sport Classics, this example is finished in the unique shade of Sport Classic Grey paintwork with a pair of subtle grey stripes. Inside, the interior is trimmed with Espresso brown leather with woven leather and fabric seat and door inserts. Featuring 408 bhp, numerous desirable options were fitted as standard, including Porsche’s ceramic composite brakes, the PASM sport suspension, and adaptive sport seats. This single-owner car has covered just under 25,600 km from new (Est. 310,000 - 350,000 CHF).

Further information on the forthcoming Online Only sale can be found at rmsothebys.com.