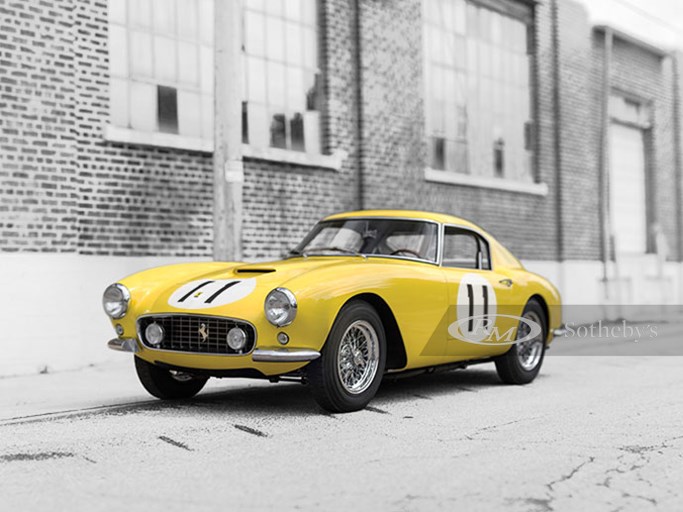 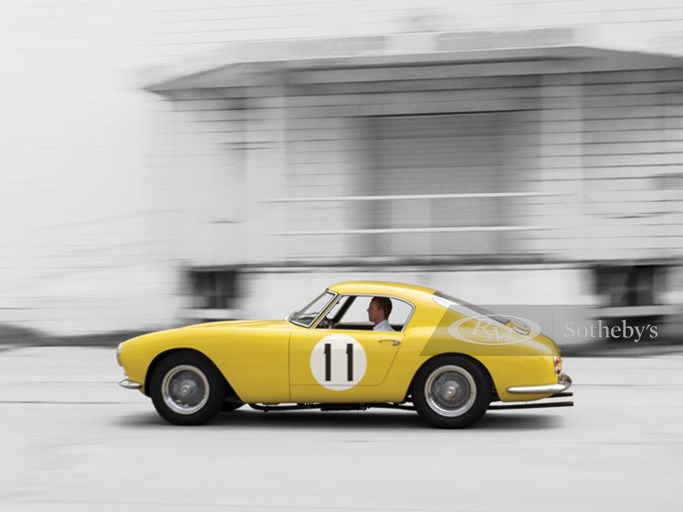 The historic SWB joins an unprecedented group of 25 vehicles to be offered as part of The Pinnacle Portfolio during an exclusive, single-vendor sale on Thursday, August 13. Arguably the most valuable private automobile collection to be offered during a single day auction, the group includes some of the most iconic and important sports and racing automobiles of the 1950s and 60s, juxtaposed against an incredible selection of cutting edge, high-performance contemporary supercars.

“When it comes to SWB Ferraris, there is a clear division between top-tier examples and the rest. The example in The Pinnacle Portfolio sits at the apex of the group. Matching-numbers, its fantastic race history coupled with its great originality and spectacular restoration make it a clear standout,” says Shelby Myers, Car Specialist, RM Sotheby’s. “Then there’s the drivability. If you’ve never driven a vintage Ferrari, it doesn’t get better than this. 1773GT is precise and exact in everything it does, which is a fantastic testament to the quality of its world-class restoration. It truly must be the finest performing and best looking SWB in the world.”

1773GT is one of approximately 45 alloy-bodied SWB Competizione versions built in 1960. Prepared as a North American Race Team (N.A.R.T.) car, just nine days after its completion in March 1960 it made its way to Florida to compete at the ninth annual 12 Hours of Sebring. Piloted by legendary racing figure George Arents, with Bill Kimberly as co-driver, 1773GT finished an impressive 7th overall and 5th in class as a N.A.R.T. entry – a performance that marked the start of an incredible period racing career, which later included 1st place finishes at Bridgehampton and Nassau.

The car on offer has passed through a well-documented chain of gentlemen owners over the years. After being acquired by The Pinnacle Portfolio, it was shipped to Wayne Obry’s esteemed Motion Products Inc., for a complete restoration back to its 1960 Sebring livery. Completed in July 2015, the project amounted to over $650,000 in expenses, highlighting the near-fanatical level of detail lavished upon this important Ferrari (Estimate available upon request).

“The owner’s directive was simple: he wanted a restoration beyond reproach that could compete at the highest level of concours judging and would be capable of winning awards wherever shown,” Myers adds. “From a collector’s perspective, the appeal of 1773GT is two-fold: it enjoys a fantastic racing provenance graced with such illustrious names as Grossman and Kimberly, and when it comes to condition, it is mechanically pure and magnificently restored. This, coupled with the fact that it has not been presented publicly since restoration, almost guarantees its next owner a place in the winner’s circle at the world’s most prestigious events.”

The SWB joins an incredible roster of postwar sports and racing cars in The Pinnacle Portfolio, including the previously announced 1959 Ferrari 250 GT LWB California Spider and the 1964 Ferrari 250 LM. For those with a penchant for more modern design, the sale also includes an extraordinary line-up of contemporary supercars from some of the world’s most admired marques, including: