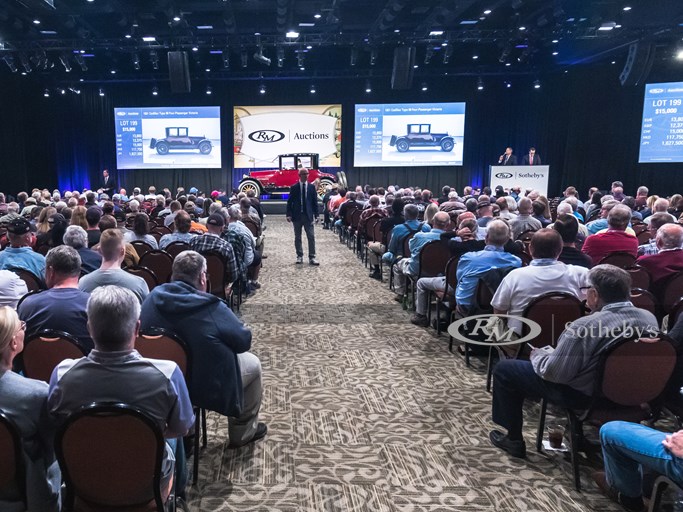 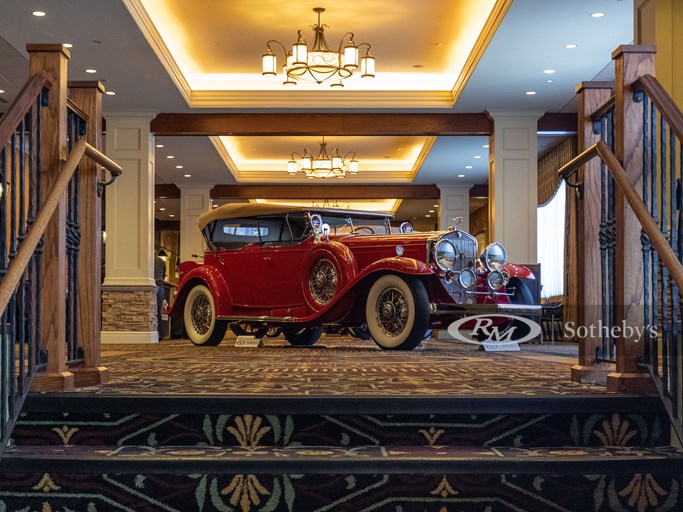 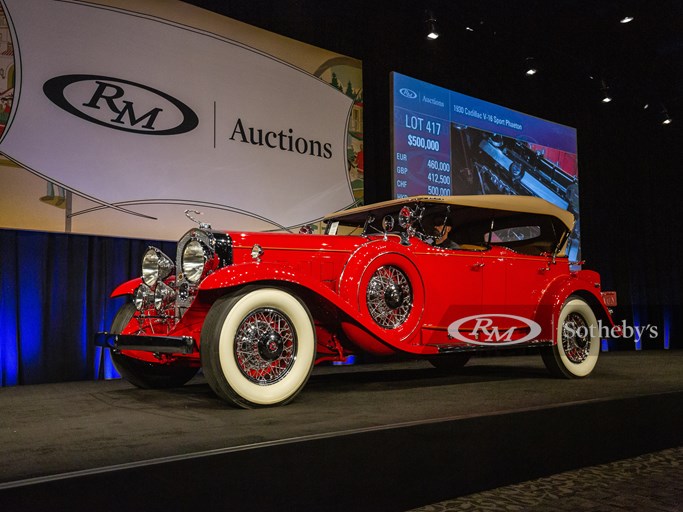 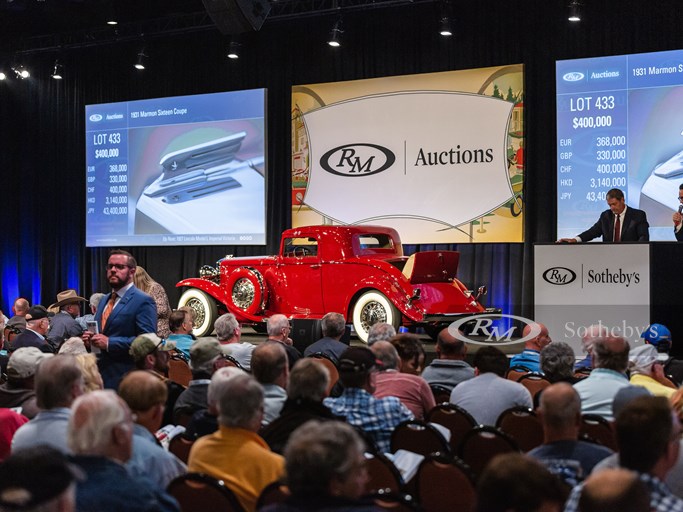 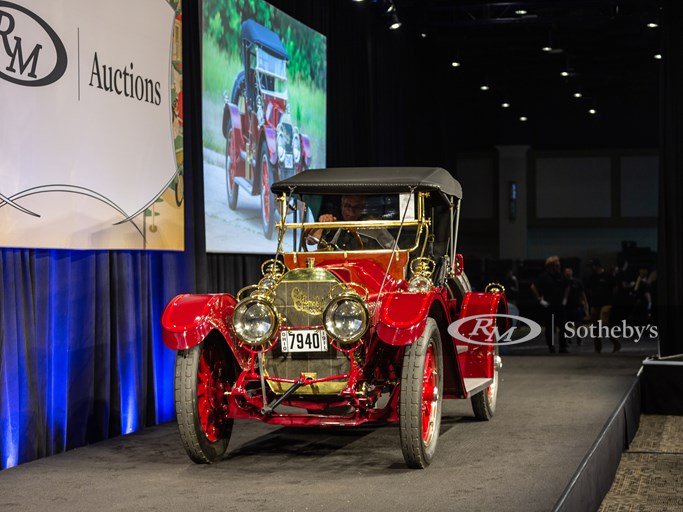 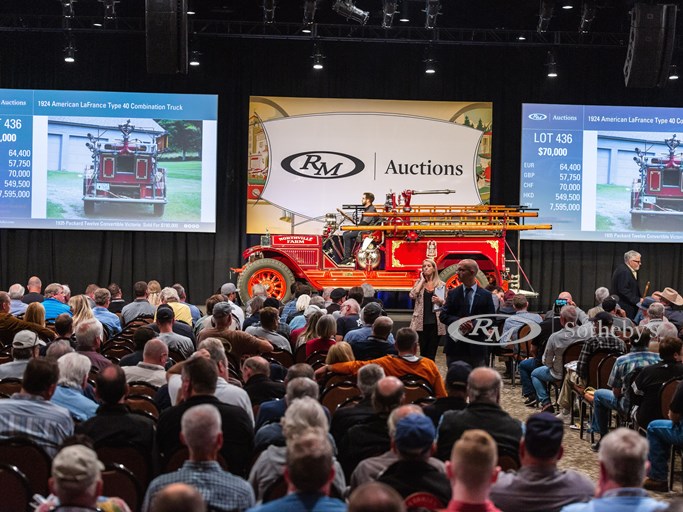 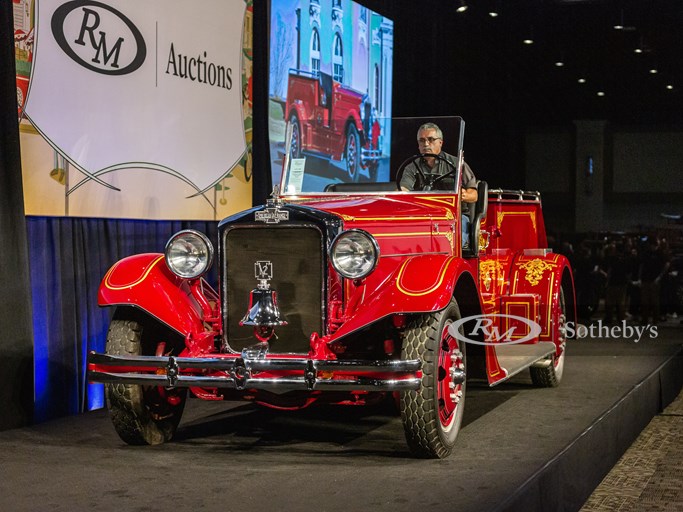 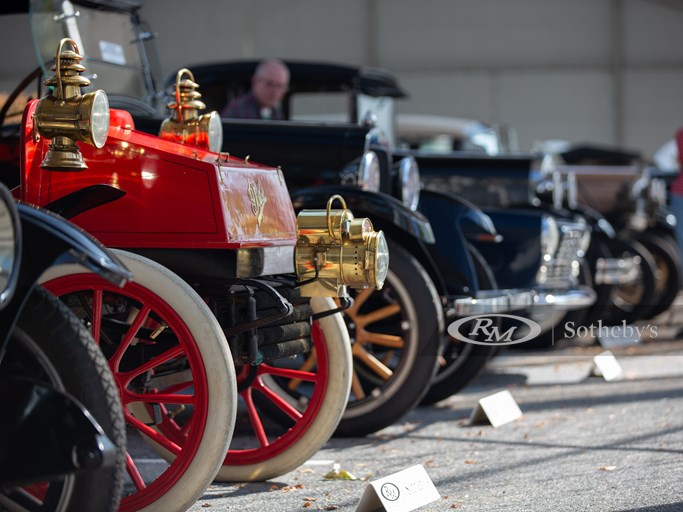 The star lot of the Hershey sale was a 1930 Cadillac V-16 Sport Phaeton by Fleetwood, which represented an opportunity to acquire arguably the most famous, well-known surviving V-16 sport phaeton. Featured in the 1964 film The Carpetbaggers and believed to have been originally owned by legendary silver-screen actor Richard Arlen, the V-16 ignited a furious competition between a bidder in the room and on the phone, eventually securing a final $1,221,000 to applause from the crowd on Friday (est. $900k/1.1m). Rounding out the top three sellers was a one-of-six 1931 Marmon Sixteen Coupe offered from the Collection of Jack Dunning and complete with its original body, engine, and chassis at a final $550,000, while a remarkably rare, highly original, and beautifully restored 1911 Oldsmobile Model 28 Autocrat Roadster offered from the noted collection of Mr. Jim Bradley reached a final $495,000.

The auction successfully kicked off on Thursday night with the session dedicated solely to The Merrick Auto Museum Collection, comprised of over 100 fascinating American Brass Era, high-wheeler, and pre-war cars, alongside a large selection of automobilia – offered entirely without reserve. The top seller of the collection was the 1925 Duesenberg Model A Four-Passenger Sport Phaeton by Millspaugh & Irish. Equipped with a race-bred overhead-cam eight-cylinder engine and formerly on display for 15 years at the Auburn Cord Duesenberg Museum, the Model A sold for a final $236,500 (est. $150k/200k). During an exciting moment on Thursday night, the seldom-seen 1900 Rockwell Hansom Cab, the first motorized taxicab in New York City, incited spirited bidding in the auction room before selling for $132,000, shattering its pre-sale estimate of $35,000 - $45,000. Additional Thursday highlights include a Paris-built 1900 De Dion-Bouton Type E Vis-à-Vis Voiturette, which achieved $121,000, a 1916 Rauch & Lang JX-6 Dual Control Electric Coach, which brought $110,000, more than doubling its pre-sale high estimate, and an eye-catching 1930 Cord L-29 Brougham, which sold for $103,400 (est. $50k/75k).

Interesting and unusual motor cars also starred at RM Auctions Hershey sale, with a pair of vintage trucks from The William B. Ruger Jr. Collection firing up the audience on Friday evening. The first, a 1924 American LaFrance Type 40 Combination Truck, was offered from 65 years of ownership under the Ruger family and sold for $115,500 to a bidder in the room (est. $35k/45k). A well-maintained 1936 American LaFrance 'Senior' 400 Series Squad Truck, equipped with a powerful 240 hp overhead-cam V-12 engine, also successfully sold to a participant in the auction room, achieving $82,500 (est. $40k/60k).

Beyond the cars, the Hershey sale featured 128 lots of memorabilia, signage, vintage motor car parts, original artwork, and ephemera. Among a host of fascinating pieces were the Hot Air Balloon Ceiling Fans offered from the Merrick Auto Museum Collection, which soared past their estimate to a final price of $6,037 on Thursday night (est. $800/1,200). The Ferrari Cavallino Porcelain Dinnerware Set by Richard Ginori opened a sustained bidding contest between three bidders on the phone and one in the room on Friday, eventually more than tripling its pre-sale high estimate and bringing $18,400 (est. $4k/6k). Friday also saw several vintage toy cars go under the hammer and surpass pre-sale estimates, with a pair of Buddy L Trucks achieving a final $2,300 (est. $300/400).

“Hershey has proved once again to be the perfect destination for the offering of private collections and important early automotive design,” said Gord Duff, Global Head of Auctions, RM Sotheby’s Group, following the auction. “Both sale nights saw numerous lots secure prices well above their pre-sale estimates, demonstrating a very strong interest in historic American motor cars. We also saw continued lively bidding in the auction room and from clients participating remotely via phone and internet for rare cars from single-owner collections offered without reserve. We could not be more pleased with this year’s results, a show of strength for the Brass and Classic era market.”

The RM Sotheby’s Group continues its 2019 auction calendar with its 13th annual London sale on 24 October at a new location—the renowned Olympia event space in West Kensington. The London auction will see 84 unique collector cars, including racing and rally greats, stunning sports and supercars, and modern classics, 13 lots of automobilia, and 1 motorcycle cross the block. Further information on upcoming events, along with complete results from RM Auctions Hershey, can be found at rmsothebys.com.

*Results are listed in USD and are inclusive of buyer’s premium (10 percent for motor cars, 15 percent for all other lots). Results include select post-sale transactions which occurred immediately following the auction.