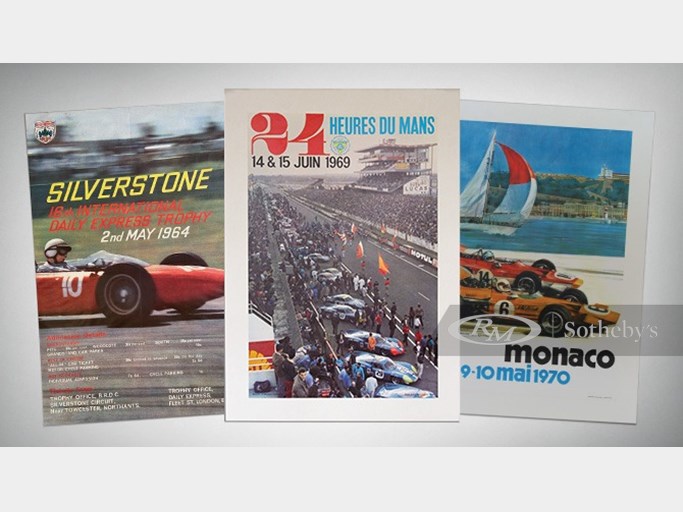 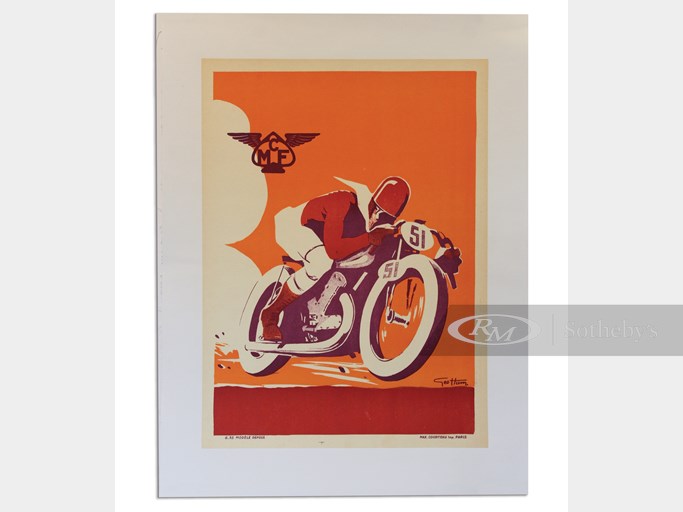 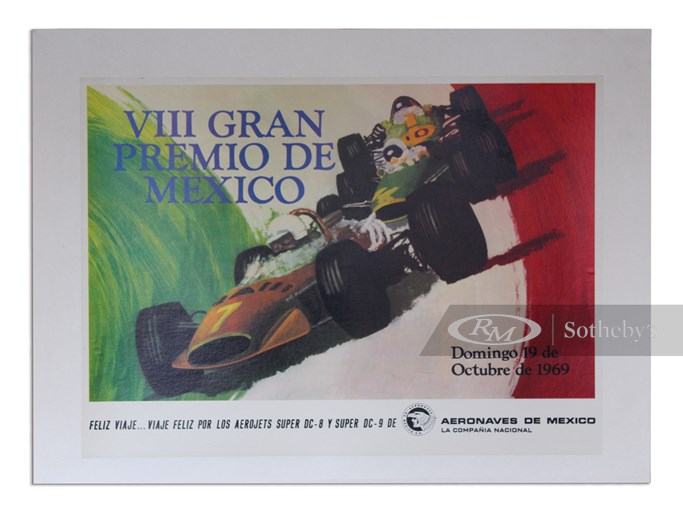 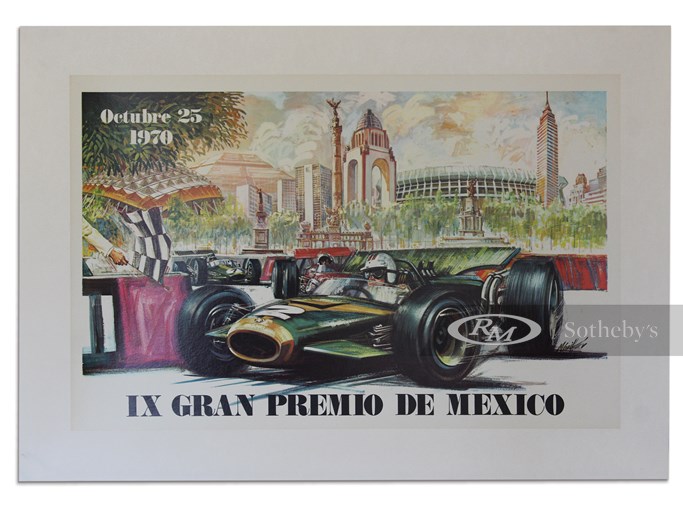 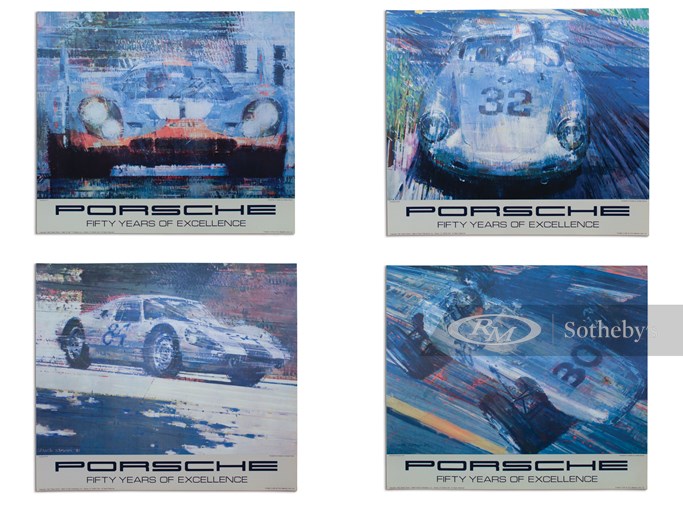 COLLECTION OPENS FOR BIDDING 18 FEBRUARY THROUGH 25 FEBRUARY ON RMSOTHEBYS.COM

BLENHEIM, Ontario (18 February 2020) – RM Sotheby’s is pleased to present the latest sale in its online-only series, The Art of Competition: Racing Posters Online, offered entirely without reserve on rmsothebys.com. Hosted on RM Sotheby’s new online auction platform, with bidding for the collection opening at 1:00 pm ET on Tuesday, 18 February, and running through to Tuesday, 25 February at 4:00 pm ET, the sale will offer 59 rare, vintage and original race posters, covering a wide range of prestigious events across the globe. Printed only once at the time of the race, posters were often discarded or damaged with few well-preserved examples surviving, highlighting the rarity of the pieces in this collection being offered today.

Assembled by a single collector over the course of 30 years, the group of highly collectable posters is offered for sale in incredibly original condition. In motor racing, a win or podium finish is often immortalized with the reward of a trophy, however to foster enthusiasm leading up to the race and attract the masses of enthusiasts and fans to witness many of world’s greatest historic motoring events, it was often the beautifully executed imagery that drove people to the tracks. Often a work of art themselves, historic motor racing posters manage to capture the very spirit of each race, venue, marque and their respective drivers best. What better way to celebrate the heritage of motor racing then through this outstanding offering of original posters and artwork, offered entirely without reserve.

Although not as prolific of a poster society as Europe, American racing events are also prominent within the sale, including numerous artworks illustrating the IMSA GT Championship, IndyCar Series, Formula 5000, Canadian-American Challenge Cup and the WeatherTech SportsCar Championship. The collection also features two extremely rare Mexican Grand Prix posters, the first, "VIII Gran Premio de Mexico" October 19, 1969, designed for the first non-championship event in Mexico to gain accreditation with Formula One (Est. $900 - $1,200) and the second, "IX Gran Premio de Mexico Octobre 25 1970", created for the final of just three international Formula One races in Mexico in the late 1960s and early 1970s (Est. $900 - $1,200).

Rounding out the highlights, the online auction also features posters catering to the Porsche enthusiast, with the marque showcased in two series, one by famed Motorsports artist Walter Gotschke, comprising two signed prints, Porsche 356 in the Snow and Psychedelic Porsche 917 in the Rain at Le Mans, (Est. $600 - $800), and the other by British artist Dexter Brown, featuring four Porsche-authorized posters created in celebration of the marque’s 50-year racing history and depicting a vintage Porsche Grand Prix car, 550 Spyder, 917, and 904. The "Porsche Fifty Years of Excellence" series was created for the Matsuda Collection in Japan in 1982 (Est. $600 - $800).

Each lot offered via The Art of Competition: Racing Posters Online has been inspected in RM Sotheby’s care and will be collected by all successful bidders from RM Sotheby’s Auburn, Indiana facilities unless otherwise noted. Shipping arrangements can be made via third parties to have the items collected from Auburn. The auction is governed by RM Sotheby’s Online Only Bidders’ Terms and Conditions as found on the auction page.

Additional information and bidder registration are available at rmsothebys.com.