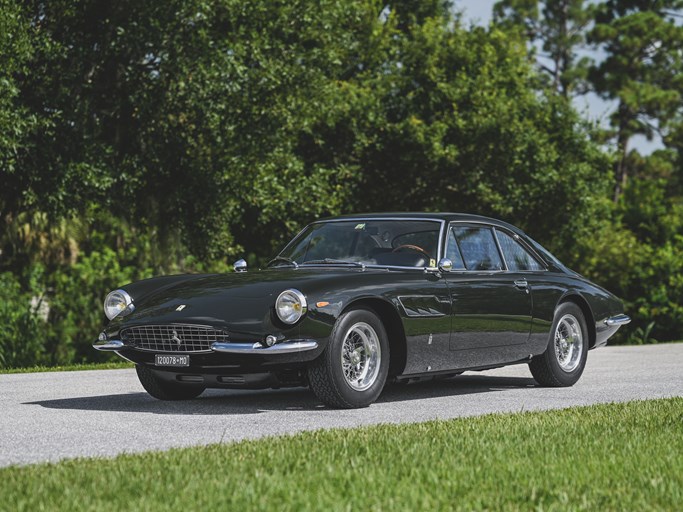 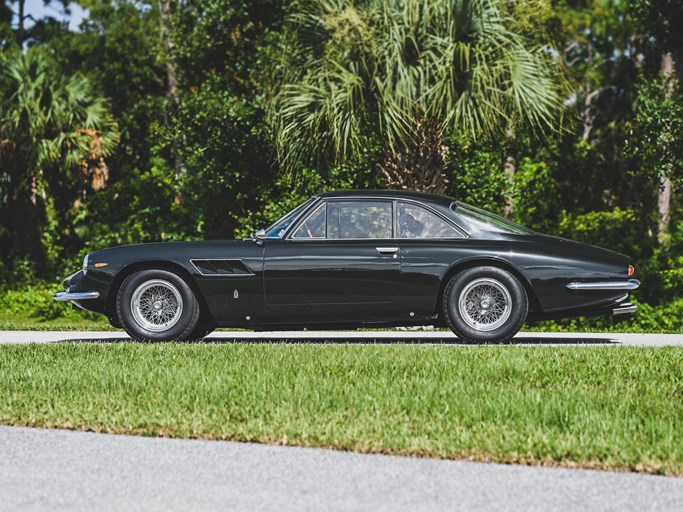 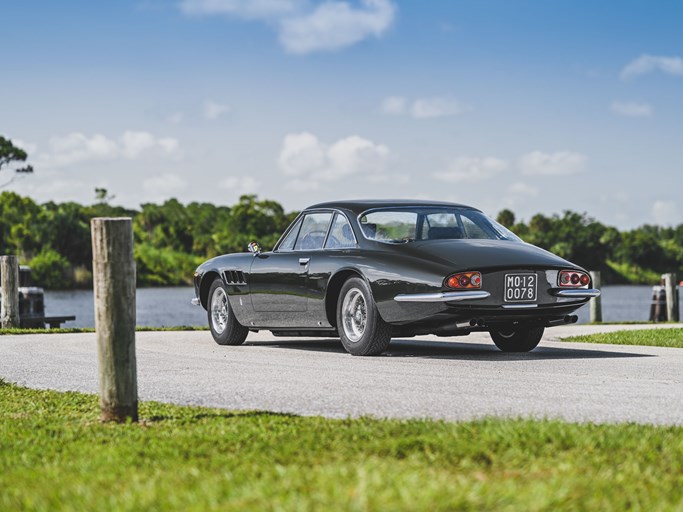 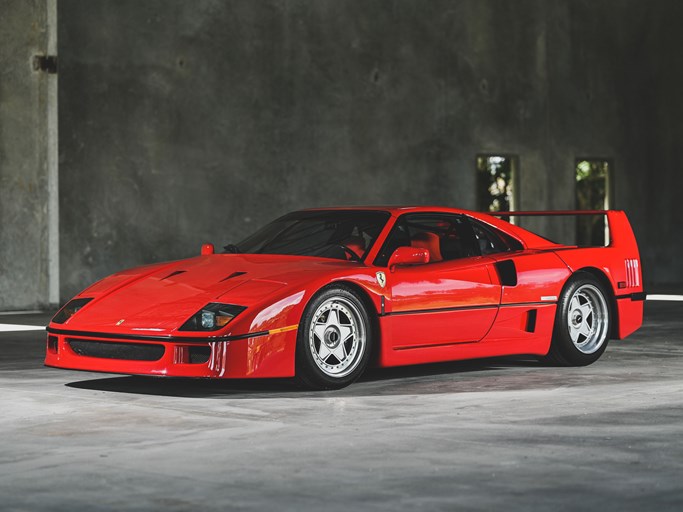 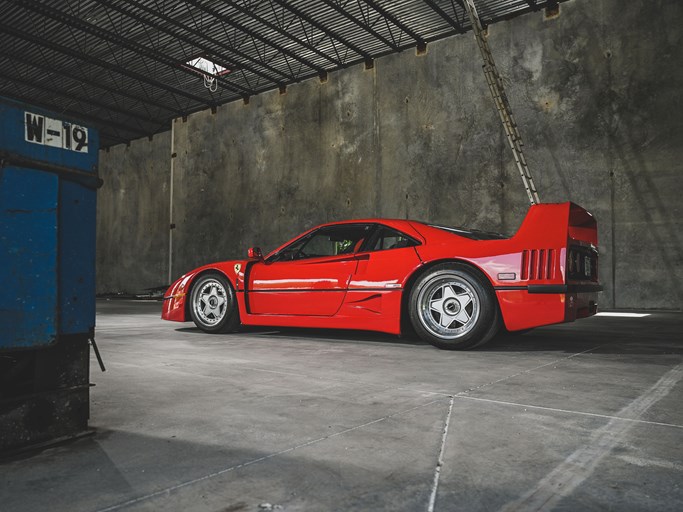 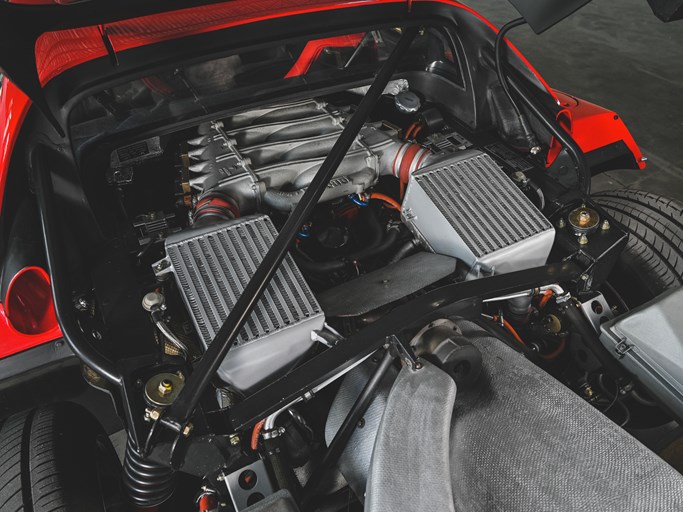 BLENHEIM, Ontario (30 June 2020) – RM Sotheby’s is delighted to announce two new entries for its Online Only: SHIFT/MONTEREY sale held via the auction house’s proprietary online platform, 14-15 August. Set to host approximately 200 diverse vehicles of exceptional quality from across automotive history, the latest consignments to the online sale represent two of the most sensational Pininfarina-designed Ferrari models of all time.

Widely revered for its strikingly handsome looks and performance, the multi-award winning 1965 Ferrari 500 Superfast by Pininfarina epitomized the glamour and style of the culturally rich decade and was the undisputed flagship of the Maranello marque. Derived from the sleek Ferrari 400 Superamerica that preceded it, the 500 Superfast made its debut at the 1964 Geneva Motor Show, with a total of only 36 examples of the five-liter V-12 engined GT produced over a period of two years. Owned by some of the most recognizable names of the time, the Superfast counted film star Peter Sellers, Prince Bernhard of the Netherlands, and the Shah of Iran as owners.

The spectacular example presented for sale in RM Sotheby’s Online Only: SHIFT/MONTEREY auction was ordered new by the late Lord James E. Hanson, a prominent British businessman, member of nobility and friend of Sergio Pininfarina. Owned continuously by Lord Hanson until 2000, he collected 6043 SF, the 11th example produced, from the factory and the vehicle remained in Italy until 1972, at which point it was brought to the UK, where it remained until the current owner moved the car to the United States.

Chassis 6043 SF is finished in specially ordered Verde Scuro while other factory special order features made by Lord Hanson also remain intact. A man of great stature, the enhancements include a longer and lower passenger seat for greater comfort, re-designed seatbelts, unique positions for the ashtray and window switches. Further changes also included the installation of Blaupunkt Koln stereo with electric aerial, an odometer that read in miles, padded footrest and seat cover for the passenger and the deletion of the ‘Superfast’ script, which Lord Hanson deemed ‘too flashy’. Sporting a complete history file this is a rare and profoundly exclusive chance to own one of the most special Ferrari grand tourers ever produced (Est. $2,250,000 - $2,500,000).

Presented alongside the Ferrari 500 Superfast is the definitive poster car of the early 1990s. The immaculate, Ferrari Classiche-certified 1991 Ferrari F40 is a beautiful example of the supercar that broke the boundaries of speed, handling, and on-track performance. Thought of by many to be one of, if not the greatest car ever made, the F40 took off from the much-lauded Ferrari 288 GTO, with its lightweight Kevlar, aluminum and carbon fiber construction and uncompromisingly focused interior taking it to a now-famous top speed of 201mph – the first production road car ever to break the 200mph mark and in turn become the fastest car ever made at the time. Developed as a pure racing car for the road with an application in the ill-fated Group B rally series in mind, the F40 is powered by a 2.9-liter twin-turbocharged V-8 mated to a five-speed gated-shift transaxle, the combination of 478 hp and 426 foot-pounds of torque and a total dry weight of just 1,100kg, takes the F40 to 60mph in a claimed 4.1 seconds.

This example, finished in legendary Rosso Corsa, has covered only 6,300 miles by just two previous owners from new and has lived with its current consignor continuously for the last 20 years. Accompanied by the definitive Red Book, the F40 comes to its next owner fresh from a comprehensive engine-out service, making it a fantastic opportunity to get behind the wheel of a ready-to-run icon (Est. $1,250,000 - $1,500,000).

“Both the 500 Superfast and the F40 demonstrate the skill, passion and soul that is so closely associated with the Ferrari brand, with each being the ultimate showcase of the grand tourer and supercar segments in the respective eras,” said Donnie Gould, Car Specialist, RM Sotheby’s. “These examples coming to the Online Only: SHIFT/MONTEREY auction are exceptional examples and coveted by collectors. Following the huge success of our virtual auctions both in North America and Europe, SHIFT/MONTEREY is set to be our largest and highest quality Online Only offering of 2020, as our early consignments already indicate.”

Other early announcements for the Online Only: SHIFT/MONTEREY sale include the previously announced 1980 BMW M1 Procar, offered without reserve and boasting competition heritage throughout its life with period IMSA history. The car entered the 2010 Le Mans Classic and has spent time on the famous Circuit de Spa-Francorchamps in the hands of British racing driver, Sam Hancock. Fastidiously maintained by expert competition car specialists, the M1 Procar is presented in ‘on the button’ condition and is a rare chance to own and race a BMW supercar (Est. $600,000-$800,000, offered without reserve).

Further highlights and additional entries will continue to be posted in the coming weeks leading up to the auction. Each car offered in the Online Only auction will be presented with an unprecedented amount of documentation, information and photography alongside condition reports completed by RM Sotheby’s specialists. Whenever available, additional information on each lot, such as history files, production certificates, restoration documentation, service invoices, owner’s manuals, and accompanying parts will be viewable online, once logged in, by clicking the “View Files” button on the individual lot page.

Interested consignors are invited to contact an RM Sotheby’s car specialist to discuss entering their important car in Online Only: SHIFT/MONTEREY. Consignments are invited through 13 July.

Additional information is available at rmsothebys.com.