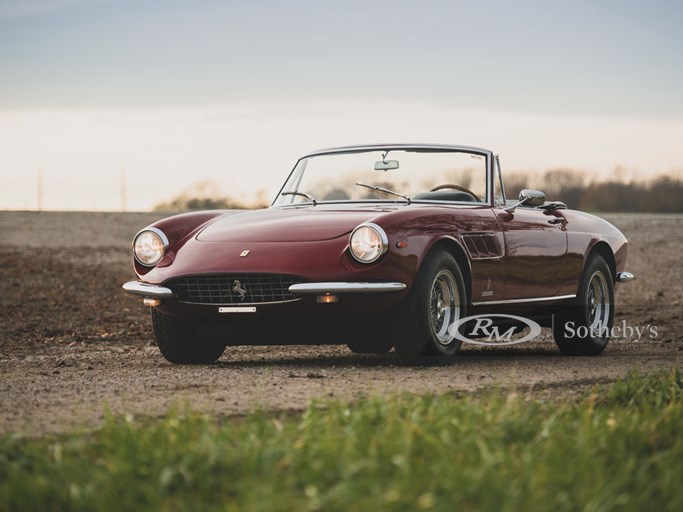 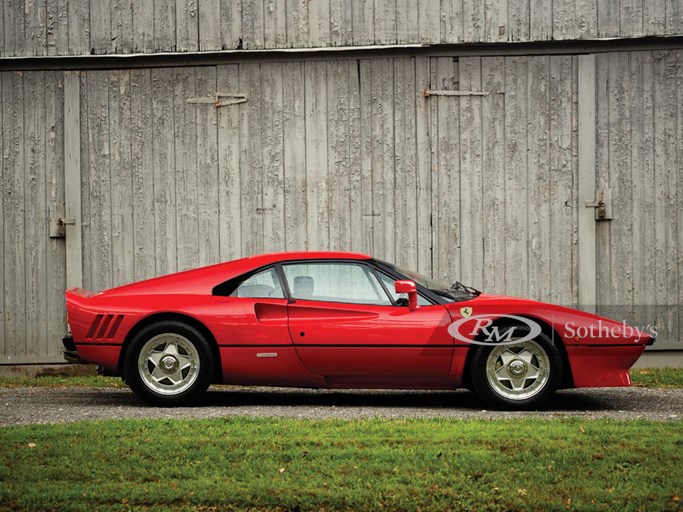 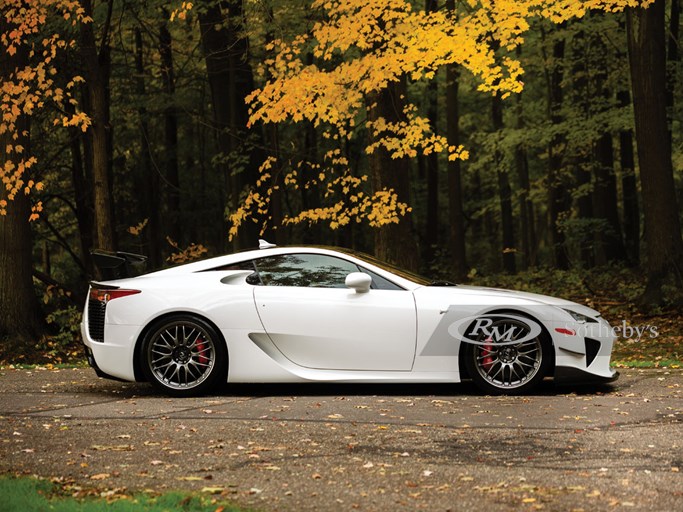 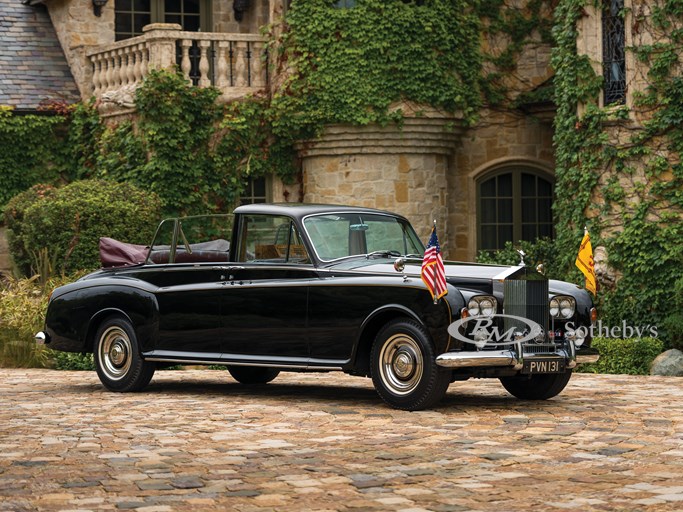 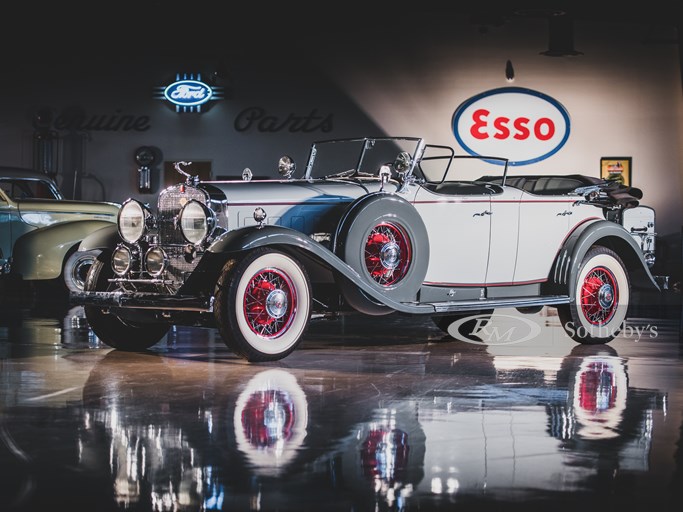 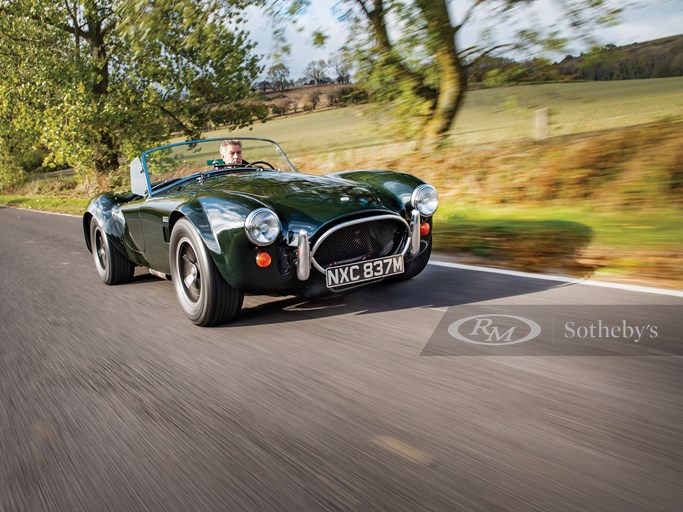 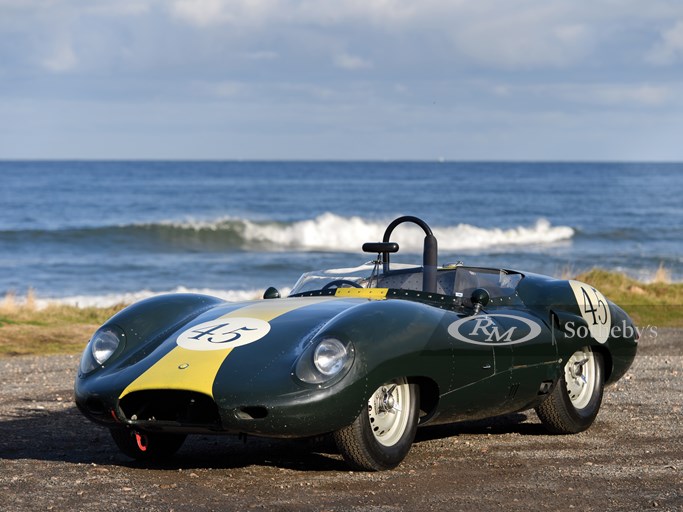 BLENHEIM, Ontario (20 November 2018) – RM Sotheby’s is delighted to announce several key auction entries that will get 2019 off to a bumper start. The Arizona and Paris auctions – scheduled for 17-18 January and 6 February respectively – will feature a varied selection of exotic and rare collector cars, ranging from a 1985 Ferrari 288 GTO and 2012 Lexus LFA, to a 1967 Ferrari 330 GTS and single-owner private collections set for the American sale, through to a 1966 Shelby 427 Cobra, 1959 Lister-Jaguar Costin and motorsport memorabilia set for the French capital that extends to a helmet once worn by Ayrton Senna.

The Ferrari 288 GTO is regarded as one of the most iconic and exciting supercars of the 1980s. The example coming to Arizona shows less than 3,000 miles, is equipped with air-conditioning, power windows, contrasting orange seat inserts, and is offered at auction for the first time fresh from service (Est. $3,200,000 - $3,600,000). Also set for the Arizona auction, the Lexus LFA is a 4.8-liter, V-10-powered sports coupe made on a limited run of 500 models from the Japanese manufacturer. This example shows a mere 70 miles and is one of just 50 cars equipped with the competition-focused Nürburgring package (Est. $850,000 - $1,100,000). Additional early highlights for RM Sotheby’s Arizona sale are led by a 1967 Ferrari 330 GTS, chassis no. 10773. Offered from the famed Skip Barber Collection, following many years of driving and concours enjoyment, this superb, Classiche-certified 330 GTS features a matching numbers powertrain and would be a fantastic purchase for the enthusiast who enjoys both driving and show venues (Est. $2,200,000 - $2,500,000).

Beyond the sports and supercars on offer in Phoenix, two important and very different private collections will cross the block, nearly entirely without reserve. The first is a continuation of The Calumet Collection, comprising 11 British motor cars. The collection features eight Rolls-Royce models, covering almost every era of the celebrated luxury manufacturer, with cars for sale ranging from a 1923 Silver Ghost Salamanca through to a 2012 Phantom EWB ‘Year of the Dragon’. The group is headlined by a 1967 Rolls-Royce Phantom V State Landaulet by Mulliner Park Ward, one of just five examples produced. Originally commissioned by the Government of Romania and subsequently delivered to a private owner in Pennsylvania, nearly every available option was specified, including a combination cocktail bar and entertainment cabinet and fluorescent overhead lighting for nighttime parades (Est. $1,000,000 - $1,500,000).

Another significant collection sure to draw interest at the Arizona auction comprises an additional 10 automobiles from The Richard L. Burdick Collection of Texas. Boasting an assortment of pre- and post-war Americana, the group is led by a genuine 1930 Cadillac V-16 Sport Phaeton. An early example and one of no more than 18 survivors bearing Sport Phaeton coachwork, this is one of the most highly desirable classics in today’s market (Est. $750,000 - $900,000, offered without reserve).

For Paris, key consignments to date include a 1966 Shelby 427 Cobra, imported into the UK in 1973 after being sold new to California. The car spent nearly two decades on display at the Midland Motor Museum and its time in the U.K. is very well documented. The Cobra retains many of its original features, including corresponding body numbers found on the door and boot hinges. Its current displayed mileage of 28,000 is also believed to be correct and original. With Shelby Cobras being highly prized on both sides of the Atlantic, this incredible car is expected to achieve €800,000 to €1 million. An ex-Works Lister-Jaguar Costin known to have competed at The 24 Hours of Le Mans, Goodwood, British Empire Trophy, Crystal Palace Whit-Monday and British GP at Aintree races in 1959 is another hugely desirable car to come to market with RM Sotheby’s. The Lister-Jaguars were truly giant-killers, using a chassis developed by the small, privately-owned Lister sports car company, paired with Jaguar’s immense six-cylinder engine. These cars continue to dominate the historic racing scene and the sleek Costin-bodied example on offer is estimated at €900,000 to €1.1 million.

Rare collectibles will complement the motor cars in Paris, including a Rheos helmet, worn by Ayrton Senna in the 1990 F1 season in which he drove the McLaren MP4-5b. The helmet shows signs of wear after being used by Senna in the season that he and McLaren won both drivers’ and constructors’ championship titles and includes the original green liner and radio. This is surely the ultimate collector’s item for any motorsport fan (Est. €80,000 - €120,000).

Gord Duff, Global Head of Auctions at RM Sotheby’s, said: “We’re proud to have this diverse selection of headline cars for sale in both our Arizona and Paris auctions. These cars will no doubt attract interest from all corners of the collector car market, not just in Europe and America, but the world over. There really is something for everyone over the course of our January and February auctions, from Italian supercars, to notable British luxury cars, historic racers, and sought-after pre-war American classics in outstanding condition.” The Arizona auction is set for the Arizona Biltmore Resort & Spa in Phoenix, on 17-18 January. In France, the Paris auction is held once again at the spectacular Place Vauban on 6 February. For further information on RM Sotheby’s 2019 auction calendar, please visit rmsothebys.com. Interested consignors and bidders are invited to call the RM Sotheby’s offices in Ontario (+1 519 352 4575) or in London (+44 (0) 20 7851 7070) to speak with a car specialist.