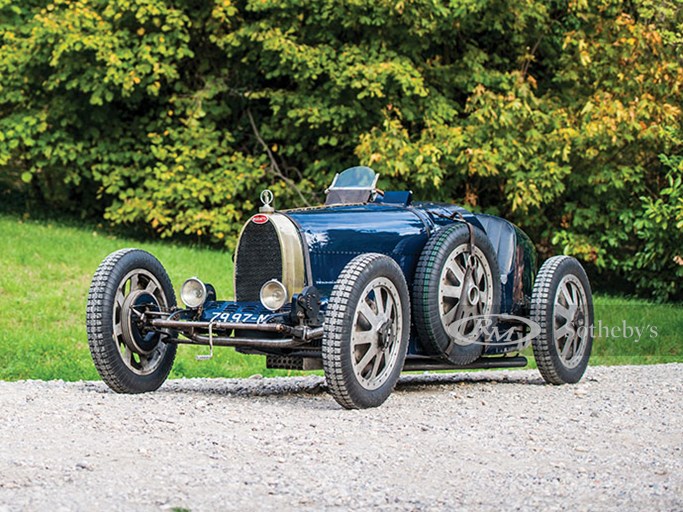 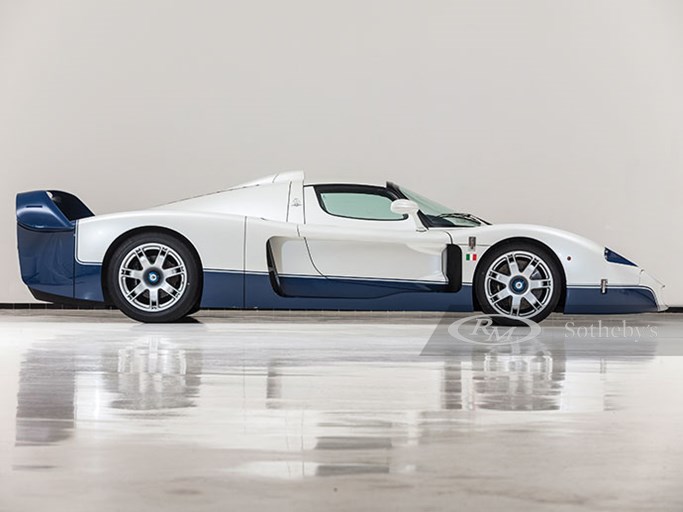 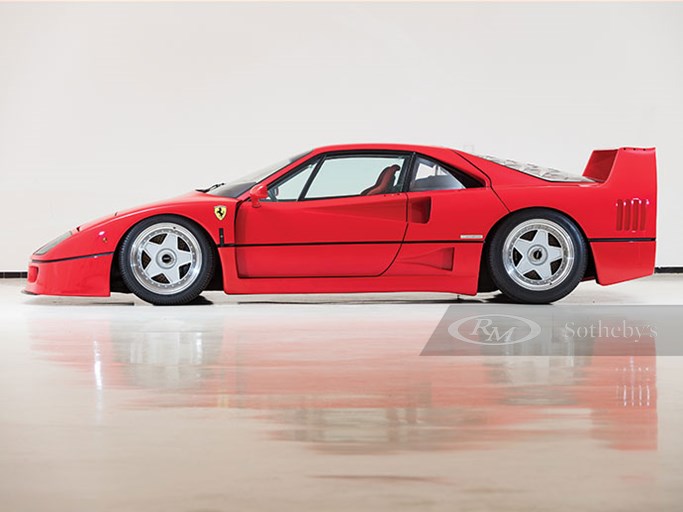 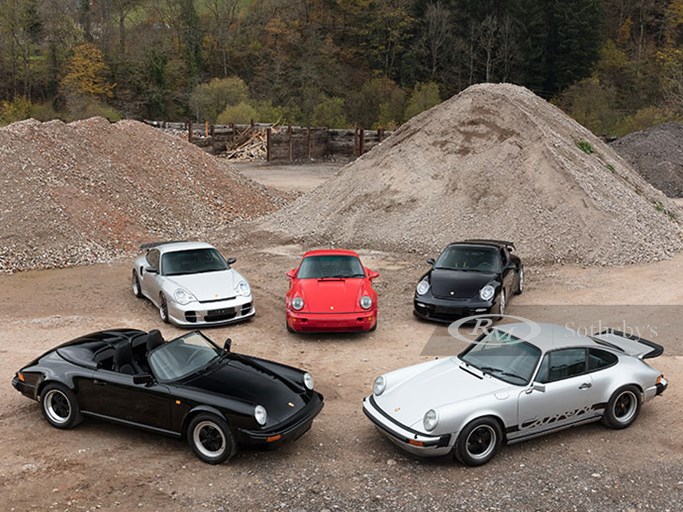 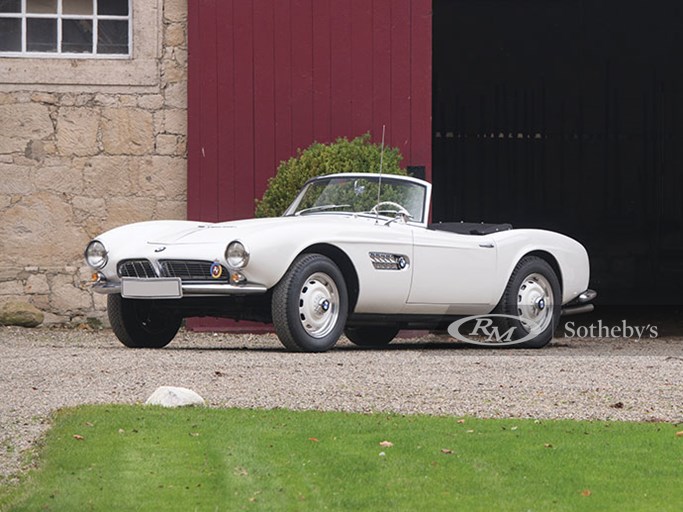 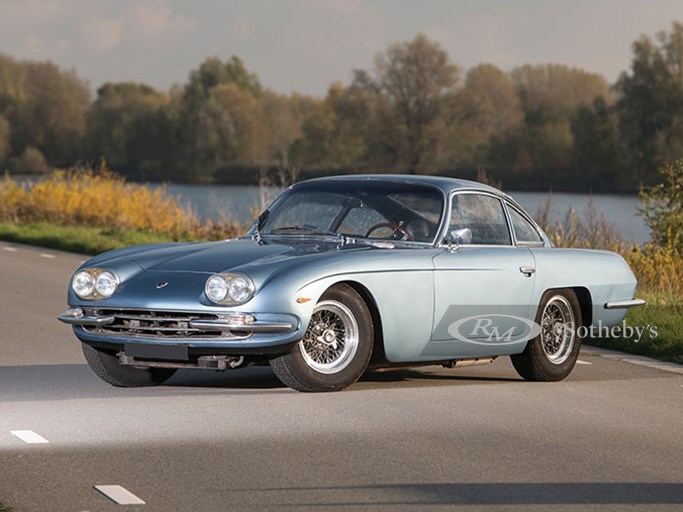 LONDON (22 November, 2017) – RM Sotheby’s is delighted to announce early featured automobiles for its fifth annual Paris sale on 7 February, which coincides with the world-famous Rétromobile week (7-11 February, 2018). With fifty percent of entries already confirmed to be offered ‘without reserve’, RM will undoubtedly kick its European auction calendar off in spectacular fashion next year in the French capital.

Early highlights are led by a hugely original 1925 Bugatti Type 35 Grand Prix, offered from long-term French ownership. Known as one of the most successful of the Bugatti racing models, chassis no. 4394 was delivered new to marquis Georges Cholmondeley “Lord Rocksavage” in early 1925 to his home in France. Complete with a large collection of period photographs with Lord and Lady Cholmondeley, including one with Malcolm Campbell at Brooklands in 1925, it represents a remarkable opportunity to acquire what is truly one of the most iconic and respected automobiles of the 1920s. The Bugatti displays lovely original patina and is offered in excellent condition complete with original chassis, body, gearbox, axles, and differential (Est. €950.000 - €1.050.000, offered without reserve).

At the opposite end of the collector car spectrum is a 2005 Maserati MC12, chassis no. 12085, which is also offered ‘without reserve’ from a private collection at RM Sotheby’s 7 February auction. Being one of 50 cars built between 2004 and 2005, the MC12 model is highly prized by collectors seeking the ultimate, exclusive, modern hypercar to wear the trident badge, and this particular example has been well-maintained throughout its life, having covered only 12,500 km from new (Est. €2.000.000 - €2.500.000). Another iconic Italian supercar making its way to Paris from the private collection and set to sell to the highest bidder is a 1992 Ferrari F40, chassis no. 93710. Offered with books, tools and its rare original luggage, the F40 has been recently serviced and is ready to return to the road (Est. €850.000 - €950.000, offered without reserve).

“We’re thrilled to return to Paris for our fifth anniversary sale with an already incredibly diverse lineup of cars on offer,” said Augustin Sabatié-Garat, Car Specialist and European Auction Manager, RM Sotheby’s. “Early auction highlights cover all segments of the collector car market, from pre-war racers through to the most advanced supercars of today, all of which we’ve seen perform well in Paris in past years as demonstrated by our particularly strong 2017 results. Our total sales were up more than 50 percent over 2016, we achieved the highest sell-through rate of the Rétromobile auction week, and sold more vehicles within or above estimate range than any of our competitors. We look forward to building on this success for 2018 as we continue to grow our European presence.”

With its unrivalled reputation for offering exceptional fresh-to-market collector cars, RM Sotheby’s has also tempted two wonderful automobiles with outstanding histories and long-term ownership status into the Paris auction. The first is a 1958 BMW 507 Roadster Series II which has had only two owners and, unbelievably, has been maintained by the same BMW-trained mechanic from new. Chassis no. 70127 remained with its first lady owner until 2004, and this highly original and coveted example of a Series II 507 Roadster benefits from having new carpets, recovered seats, a new soft-top and a set of Rudge wheels (Est. €1.600.000 - €1.800.000). Joining the BMW is a 1967 Lamborghini 400 GT 2+2 which will be offered for sale out of single-family ownership since new. The 400 GT was purchased by its first and only Dutch owner directly from the Lamborghini factory where he met with Ferruccio Lamborghini himself. It has been carefully preserved and enjoyed throughout its life, and comes to Paris wearing the majority of its original paintwork, showing less than 62,000km, and ready to drive at a moment’s notice (Est. €450.000 - €500.000).

Sabatié-Garat adds: “We’re equally excited that we’re able to bring so many of these cars to auction for the very first time, whether it is for their original or long-term owners. In today’s buyer’s market, it is the truly special examples like the 507 and the 400 GT that stand out.”

Coinciding with the world-famous Rétromobile week (7-11 February, 2018), RM Sotheby’s Paris auction will be held at Place Vauban immediately after the Festival Automobile International which runs through 4 February. This exciting event features a stunning display of beautiful concept cars and pays tribute to car designers from around the world. For further information on Festival Automobile International, please visit www.festivalautomobile.com.