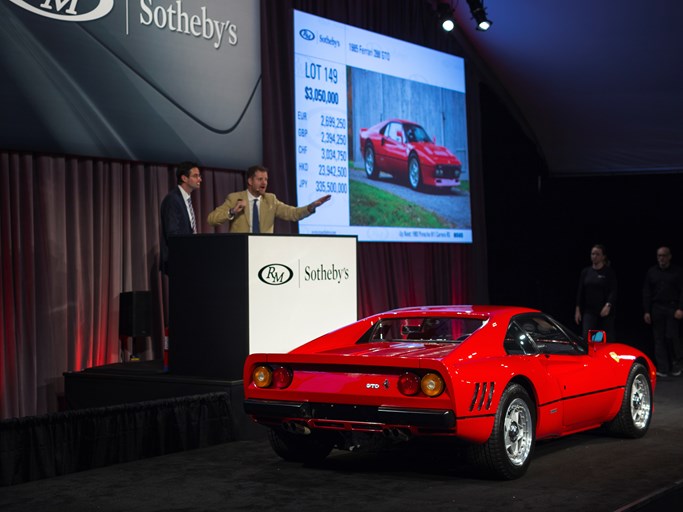 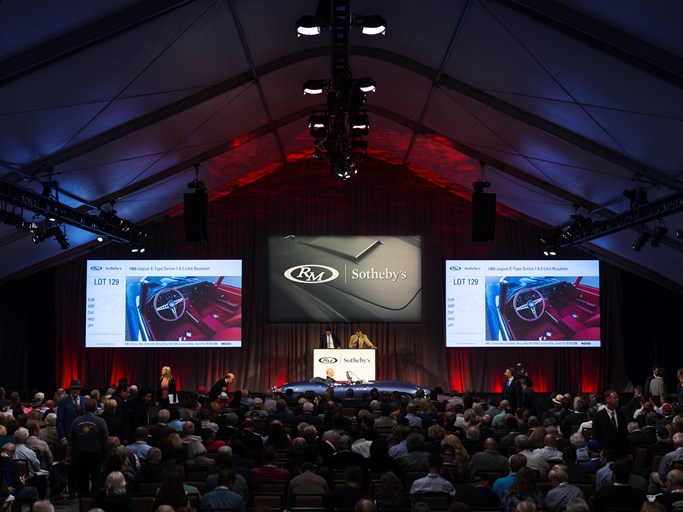 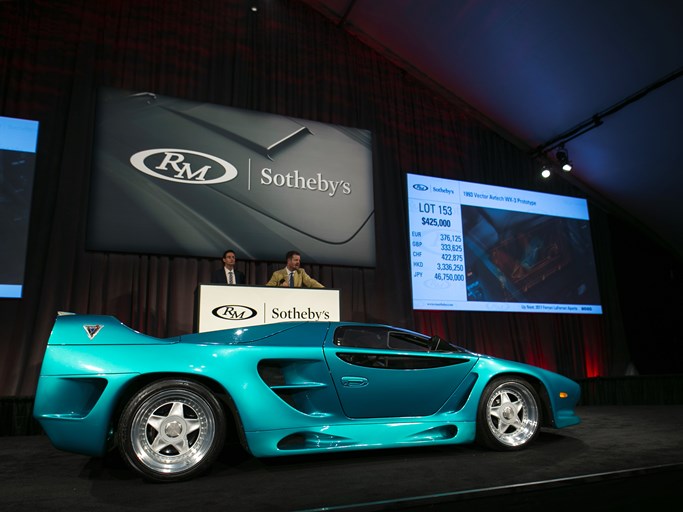 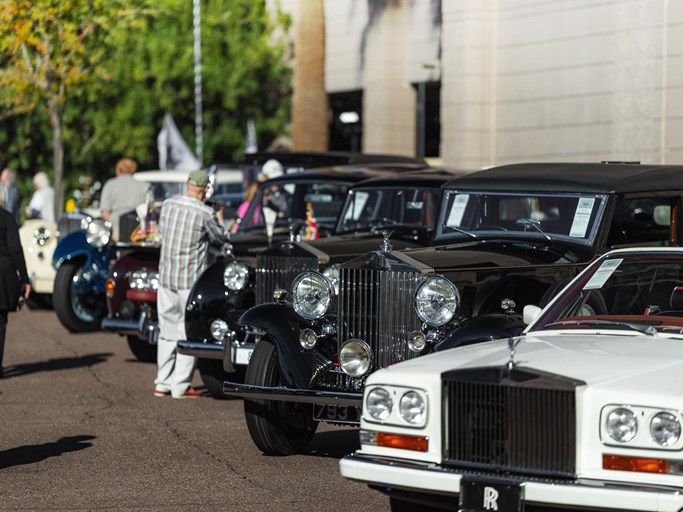 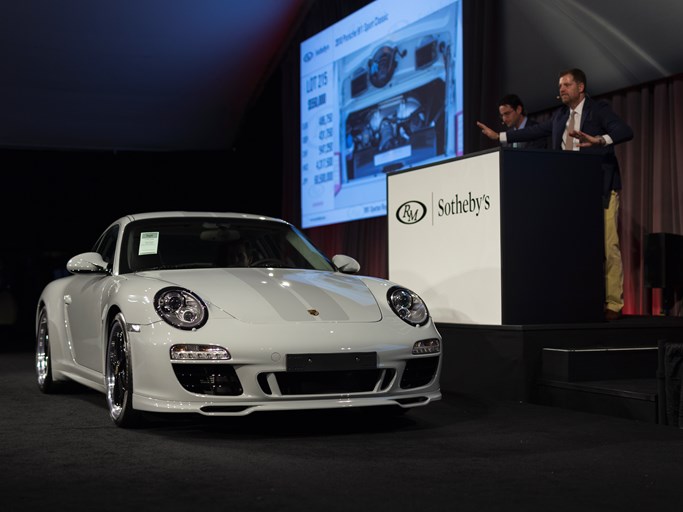 Perhaps the most exciting moment of the Thursday evening sale came when a pair of 1993 Vector Avtech WX-3 Prototypes, the first all-American supercar, incited extended bidding competitions. Following great interest during the preview, the original coupe brought $615,500, well-exceeding its pre-sale estimate of $450,000 - $550,000, while the WX-3R Roadster version sold for a final $500,000 (est. $450/550k).

Friday evening also resulted in stand-out individual prices, most notably for motor cars from three private collections offered without reserve on the night. First up was the Torque Collection, which included a selection of Porsche 911 models that drew strong bidding activity across the board. The final and most unique lot of the collection was a rare, fully restored 1951 Spartan Royal Mansion trailer, which started a bidding contest between bidders in the room and on the phones, eventually bringing a final $351,500, soaring past estimate (est. $200/250k).

Final offerings from the Calumet Collection were next on the block, a single-owner group of British luxury automobiles ranging from 1923 to 2012. With enthusiastic interest across the unique Rolls-Royce and Bentley models on offer, highlights included the final $252,000 for a truly one-of-a-kind, coachbuilt 1987 Rolls-Royce Carmargue Retractable Hardtop with only 987 actual miles after a back and forth bidding battle (est. $100/150k), as well as the $246,400 for what is believed to be the very first 2000 Bentley Continental SC (est. $150/200k).
Finally, selections from the Richard L. Burdick Collection went under the hammer, demonstrating the high demand for exceptional American Classics in today’s market. Highlights include a 1930 Cadillac V-16 Sport Phaeton by Fleetwood, one of just 18 surviving examples and wearing an award-winning restoration, which began a long bidding contest between bidders on the phone, with a bidder in the room jumping in at the end and bringing the car home at a final $940,000 (est. $750/900k). A 1932 Marmon Sixteen Two-Passenger Coupe also warranted enthusiastic bidding from multiple parties on the phone, selling for a final $665,000 (est. $400/600k).

Beyond the private collections, additional highlights from Friday included a 2010 Porsche 911 Sport Classic, which saw two bidders in the room bring the car to a final price of $654,000—setting a new benchmark for the model as the first example ever offered at auction (est. $400/500k). A freshly restored 1948 Tucker 48, a car the RM Sotheby’s team has become renowned for presenting at auction, also sold well at a final $1,600,000 (est. $1.5/1.7m).

“We were thrilled to bring an exceptional, high quality offering of blue-chip collector cars to our 20th Arizona sale,” said Gord Duff, Global head of Auctions, RM Sotheby’s following the auction. “We received fantastic feedback on the catalogue of cars, and, while we certainly witnessed a continued shift in collecting interests, we saw strong prices achieved for fresh-to-market motor cars from several segments of the market, most notably for great American Classics and for late-model collectibles. There was an enthusiastic atmosphere throughout our preview hours, and high energy and a packed house inside the tented auction area on both sale evenings, with the strongest bidder turnout we’ve seen at Arizona in more than five years, signaling new interest in the hobby.”

RM Sotheby’s continues its 2019 calendar with the company’s first European auction of the year, set for 6 February in Paris during the world-famous Rétromobile show week. Held on the stunning grounds of Place Vauban in the city’s center, the auction will present more than 80 of the finest sports, racing, and touring cars from both pre- and post-war periods. The Paris sale is led by a stunning 1987 Ferrari F40 LM, a two-time Le Mans entrant, alongside the first-ever Ferrari Special Projects car presented for public sale. The complete Paris catalogue is now available at rmsothebys.com.

Complete results from RM Sotheby’s Arizona auction and additional information on all upcoming RM Sotheby’s 2019 events are available at rmsothebys.com.

1. Results are listed in USD and include buyer’s premium.
2. Results include select transactions that occurred immediately following the sale.