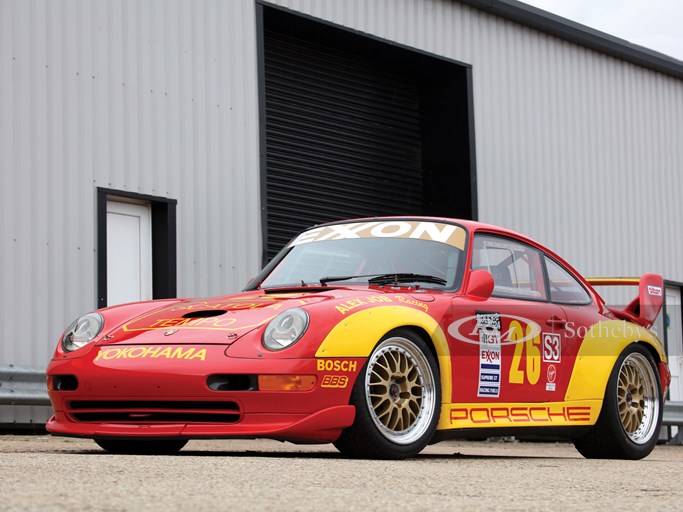 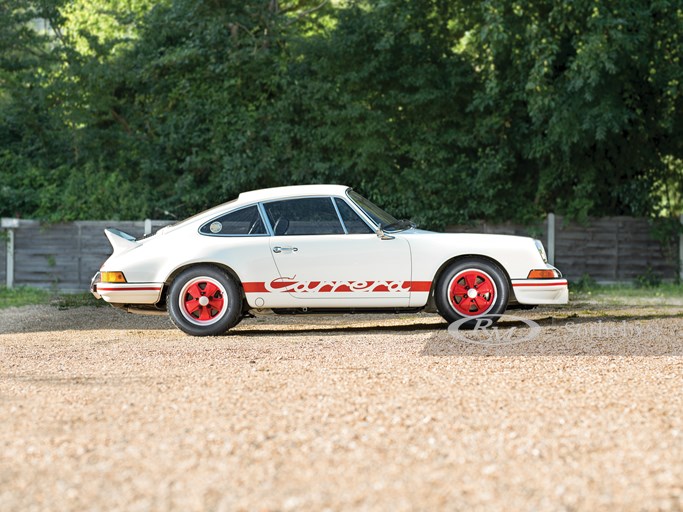 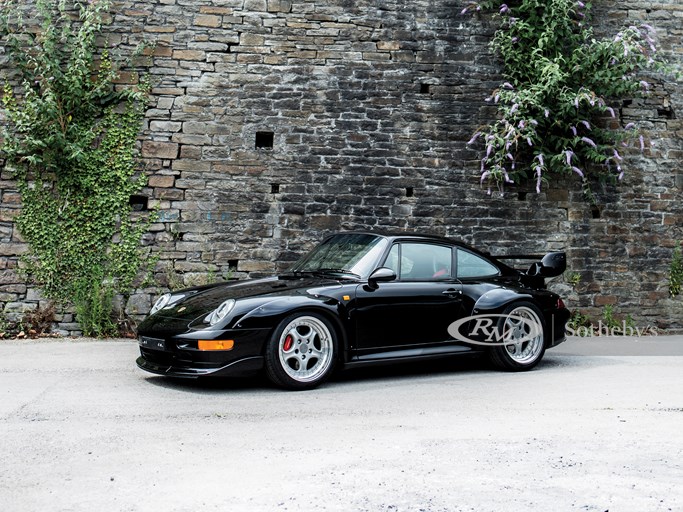 LONDON (10 August, 2017) – Nearly a year after RM Sotheby’s famously broke four Porsche auction world records at its tenth anniversary London sale, the company returns to the capital with no less than ten hand-picked Porsche 911s, set to go under the hammer on 6 September.

Leading the pack, RM Sotheby’s is delighted to present one of the 161 original road-going GT2s for public sale. This 1996 Porsche 911 GT2 was delivered new to Germany, where it remained with its original private owner for nearly two decades, covering just over 18,000 km. Now residing in the UK, it is offered in London with a pre-sale estimate of £675.000 - £750.000, and in stealthy black over black.

“In recent years, the best of Nineties air-cooled 911s have caught the eyes of enthusiasts and collectors worldwide, none more so than the 993-generation 911 GT2,” says Paul Darvill, Car Specialist, RM Sotheby’s. “The original 911 GT2 was built by Porsche to meet homologation requirements for GT2 racing regulations. Created as a rear-wheel-drive racing variant of the all-wheel-drive 993 911 Turbo, it used the Turbo’s 3.6-litre lump with an extra turbo bolted on for good measure. Thanks to low build numbers and motorsport heritage, the GT2 has become one of the most desirable modern Porsches in today’s collectible market and we’re thrilled to offer this low-mileage example at our London sale—an event sure to be witness to exceptional Porsche results once again this year.”

Racing to September’s sale is one of the most original examples of a 1997 Porsche 911 Carrera RSR. Presented in its period livery, this race-only variant is based on the 993 RS and is one of just 30 examples built for 1997. Considering its pedigree, the RSR is astonishingly complete with its original engine, panels and gearbox still intact. The car’s notable U.S. period competition history includes some of motorsport’s most intense endurance races, including two outings at the 24 Hours of Daytona, two outings at the 12 Hours of Sebring, and Road Atlanta, all at the hands of Alex Job Racing. Eligible for numerous events, this car is ready to be used, while also being a welcome addition to any Porsche or racing collection (Est. £800.000 - £900.000).

Of course, no Porsche 911 auction line-up would be complete without the 911 RS that started it all – the 1973 Porsche 911 2.7 RS Lightweight. One of 17 right-hand-drive Lightweight models produced, and the last ever imported to the UK, it has a remarkable racing history. Chassis no. 9113601501 is believed to be the most successful of any Porsche 2.7 RS ever made, being rallied extensively in period and landing as the highest placed RS in the 1973 RAC Rally. Heading to the London sale following one of the most extraordinary restorations ever performed on the model, this historically important 2.7 RS carries a pre-sale estimate of £825.000 - £1.000.000.

Additional highlights from the Seventies and Nineties include:

Held at the stunning Battersea Evolution in central London, RM Sotheby’s London sale has been witness to the sale of some of the world’s finest automobiles since 2006—a tradition that is set to continue next month as more than 70 blue-chip motor cars cross the podium. Held in partnership with the Concours of Elegance, which, this year returns to the magnificent Hampton Court Palace, the action-packed week of events is set to draw thousands of local and international enthusiasts.