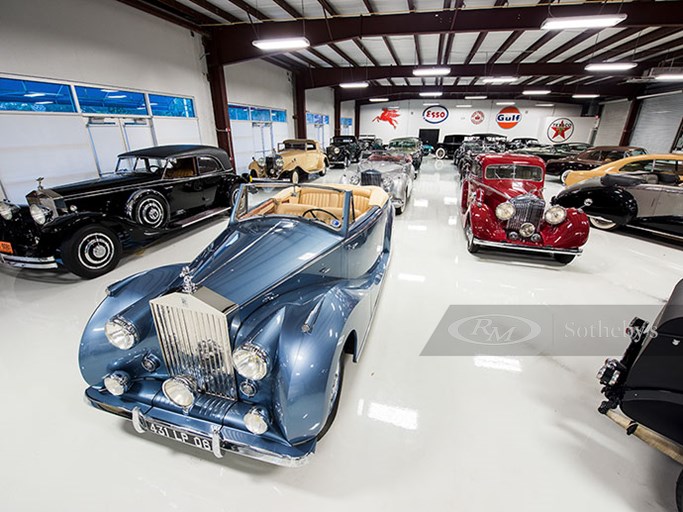 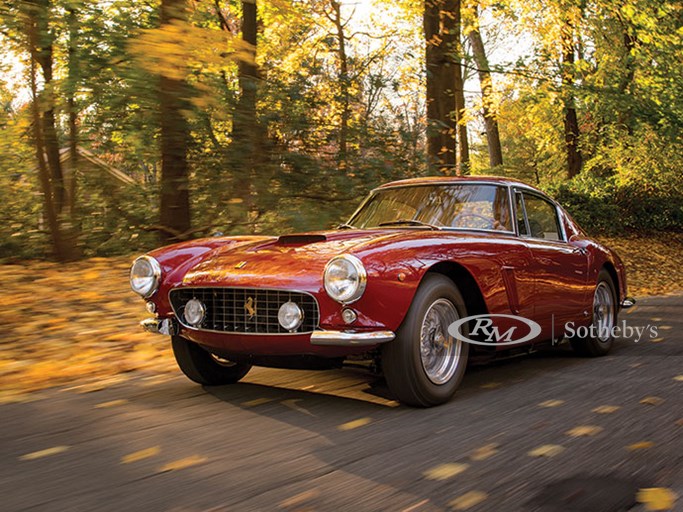 BLENHEIM, Ontario (December 14, 2016) –  If early entries are anything to go by, RM Sotheby’s 2017 Amelia Island sale will feature one of the most thrilling offerings ever presented in Amelia Island auction history. The official auction house of the Amelia Island Concours d’Elegance today announced a superb 1961 Ferrari 250 GT SWB Berlinetta and a 58-car private collection as the latest highlights for its 2017 March sale. The addition of the latter, a superlative group of Rolls-Royce, Bentleys and other sporting icons, will see the company’s 19th annual Amelia Island auction extended to two days, with the private collection to be offered during its own dedicated sale session on Friday, March 10. RM’s traditional Amelia Island sale, featuring a curated selection of 80 blue-chip automobiles, will follow on March 11.

“Our Amelia Island sale is a perennial favorite on the global collector car calendar and interest in our 2017 sale has been extraordinary,” says Gord Duff, Car Specialist, RM Sotheby’s. “When you look at what our team has secured thus far in terms of early entries—highlights such as the one-of-three Bugatti Type 57S Cabriolet by Vanvooren, and now, this incredible Ferrari 250 GT SWB along with the collection of Orin Smith—it is shaping up to be the biggest auction ever held during the concours weekend. And, there’s still plenty more to come.”

RM Sotheby’s Amelia Island auction has been witness to the sale of some of the world’s most important Ferraris over the years. The tradition will continue in 2017 with early highlights led by the 1961 Ferrari 250 GT SWB Berlinetta, chassis no. 2639 GT.

An outstanding example of one of Ferrari’s most beloved berlinettas, 2639 GT was completed by the Factory in 1961, outfitted as a luxury street version with several competition-style features including a steel body with aluminum hood and deck lid, as well as roll-up windows. Sold new to Marion Dall’Orso of Genoa, Italy, it was soon thereafter exported to the United States, where it spent much of its early life in California and Texas, before returning to Europe in the 1980s. It was eventually acquired by its current owner in 2011, who promptly commissioned the renowned Ferrari specialists at Motion Products of Neenah, Wisconsin, to conduct a comprehensive restoration. Beautifully presented, the quality of the restoration has earned 2639 GT numerous accolades, including Best of Show at Concorso Italiano, as well as Platinum Awards at the Ferrari Club of America International and the Cavallino Classic. Highly eligible and complete with the all-important Ferrari Classiche Red Book certification, 2639 GT is expected to command in excess of $9.5 million when it takes center stage at RM’s Ritz-Carlton sale in March. Ahead of the Amelia Island auction, the car will be on preview at the 26th annual Cavallino Classic, January 25-29 in Palm Beach Florida.

“It is easy to see why the SWB tops many enthusiast’s lists; a true dual-purpose car, it combines sensational looks with incredible driving dynamics, and its versatility means you could race it at Laguna Seca, take on the roads of the Colorado Grand and everything in between,” says Gord Duff, Car Specialist, RM Sotheby’s. “From its various unique features to the incredible quality of its restoration—– confirmed by a string of awards—– 2639 GT is a car worthy of close inspection. The fact that it is eligible for virtually every important motoring event on the planet and will outperform nearly everything in its class, makes it all the more attractive.”

‘A Gentleman’s Collection: The Pride and Passion of Orin Smith’

In addition to the SWB, RM’s 2017 Amelia Island docket is further bolstered by ‘A Gentleman’s Collection: The Pride and Passion of Orin Smith’, a meticulously presented 58-car collection, which will be offered March 10 as a prelude to RM’s traditional Amelia Island sale.

Well-known and highly respected on the international show circuit, Orin Smith was a consummate enthusiast and active concours competitor with a keen eye for detail. His collection—the result of two decades of meticulous curation—represents, at its core, one of the world’s finest groups of coachbuilt Rolls-Royces and Bentleys. In total, 22 vehicles from the two marques will be featured at the March 10 sale. For those with a predilection for Rolls-Royce, highlights include an authentic 1929 Phantom I Henley Roadster by Brewster, one of only two Henley prototypes built on the Phantom I chassis; an award-winning 1948 Silver Wraith Cabriolet by Franay, complete with streamlined one-off coachwork for French cabaret star “La Môme Moineau”; and the world’s most famous PII Continental, the ex-Raymond Gentile 1934 Phantom II Continental Drophead Sedanca Coupe by Gurney Nutting. For Bentley enthusiasts, the collection contains a show-stopping 1947 Mark VI Cabriolet, one of two bodied by Franay and featuring one-off coachwork commissioned by its original owner, A.J. Liechti; along with a beautifully restored, factory left-hand-drive 1952 R-Type Continental Fastback Sports Saloon by H.J. Mulliner, formerly of the Bud Lyon Collection and complete with factory 4.9 engine upgrade.

Beyond its concentration on Rolls-Royce and Bentley motor cars, the Gentleman’s Collection has a secondary focus on sports and performance vehicles, including powerful examples from the likes of Allard, Jaguar, Lancia, Mercedes-Benz and more. In the market for an Aston Martin? The collection covers everything from prewar to modern models, including a 1966 Aston Martin Short Chassis Volante, the first such example built. Then there is unique, jet-age design, showcased by such striking examples as the 1953 Lancia Aurelia PF200 Cabriolet, a unique Pinin Farina concept on the rare Aurelia B52 chassis, displayed at the 1953 Geneva and Turin motor shows; and, an exquisite 1953 Fiat 8V Supersonic by Ghia, originally delivered to powerboat racer Lou Fageol.

“I had the great pleasure of knowing Orin Smith and found him to be a true gentleman in every sense of the word,” shares Don Rose, Car Specialist, RM Sotheby’s. “In addition to his impressive gathering of some of the finest Rolls-Royce and Bentley automobiles, Orin displayed an eclectic taste with a keen eye for other icons of style, including sporting machinery from prewar to the best of the contemporary. The common thread here is beauty, in both design and engineering; fitting for a man of generous spirit devoted to excellence. Because of those qualities, Orin Smith was beloved to the Amelia Island crowd, which makes the offering of his collection at our Amelia Island venue all the more poignant.”

Additional details on ‘A Gentleman’s Collection: The Pride and Passion of Orin Smith’, including a full car list, will be available in early 2017.