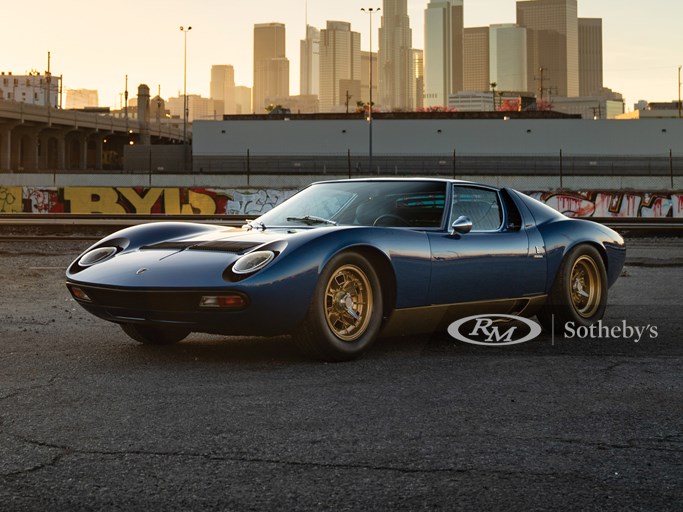 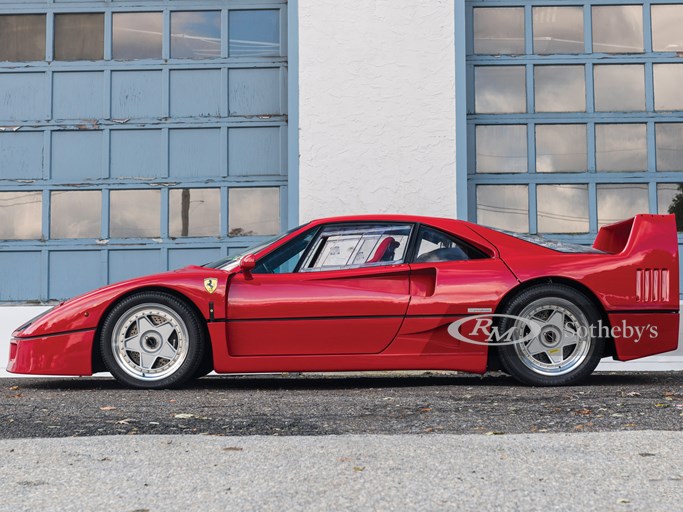 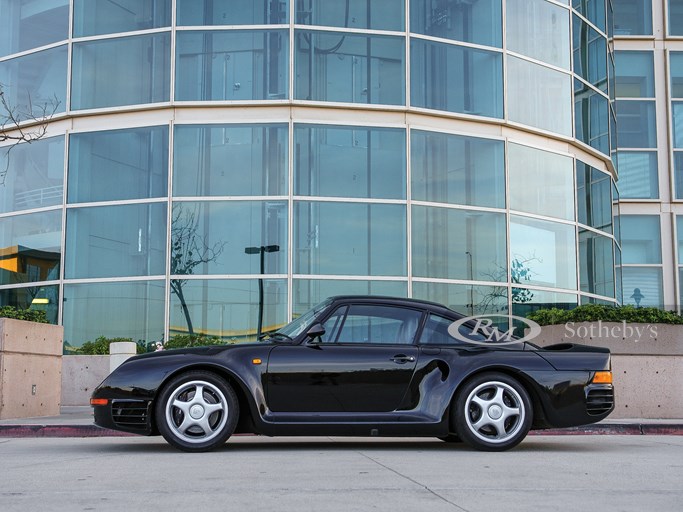 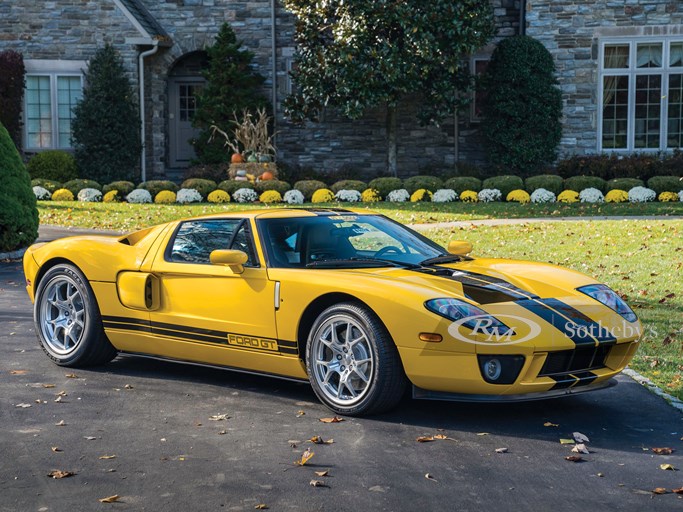 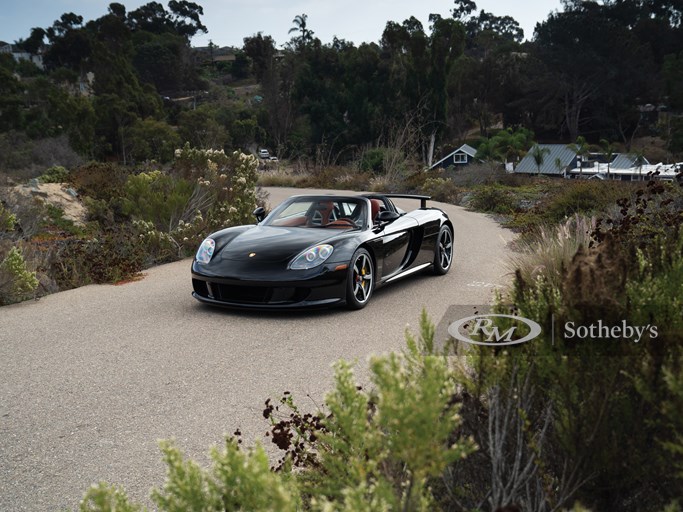 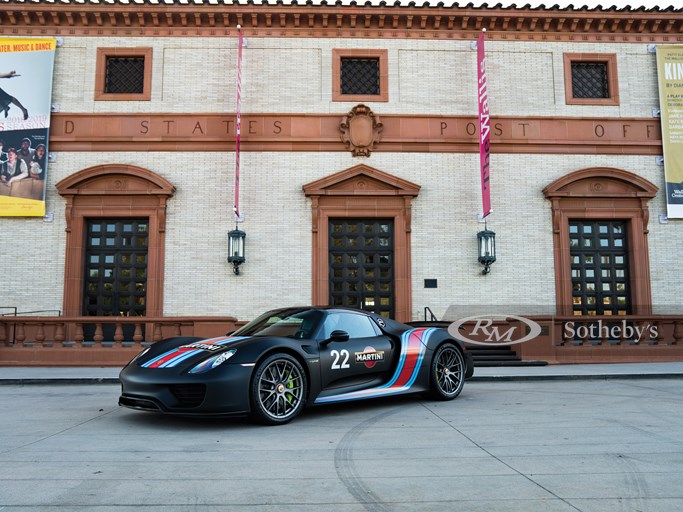 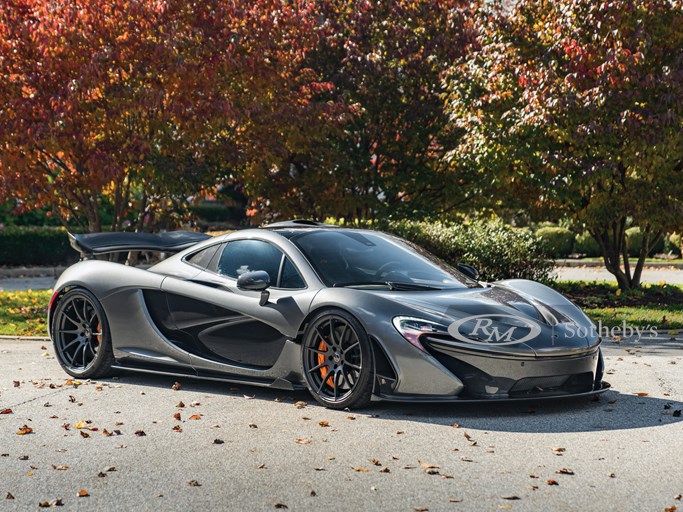 BLENHEIM, Ontario (8 November 2018) – RM Sotheby’s has assembled a lineup of automobiles spanning four decades of supercar evolution for the company’s first sale at the newly redesigned Petersen Automotive Museum in Los Angeles on 8 December. From the original supercar to some of the most technologically advanced hypercars of today, there is something for every enthusiast of high-performance, low-production models.

The selection of supercars begins with an exciting example of the final iteration of what is dubbed the “original supercar,” the Lamborghini Miura. An unmistakable shape, the 1971 Lamborghini Miura P400 SV on offer, chassis no. 4912, is the only Miura SV originally delivered in striking Bleu Medio over Pelle Bleu interior and is one of just five single-sump SVs sold new to the United States equipped with optional air conditioning. Producing a total of 385 horsepower, the SV can sprint from 0–60 mph in 5.8 seconds and reach a top speed of 180 mph. An excellent driver’s Miura boasting a superb concours restoration, it is sure to attract attention wherever it goes (Est. $2,100,000 - $2,500,000).

“Nothing thrills an enthusiast quite like the supercar they worshipped as a youth,” says Alexander Weaver, Car Specialist, RM Sotheby’s. “Technological advancements and a drive to be the best have been at the forefront of supercar battles since the birth of the word, and we’ve assembled a lineup of cars that captures some of the most radical and important achievements in supercar development across more than forty years– sure to speak to collectors of all ages. Interest in high-performance supercars has been consistent throughout our calendar sales, and we’re delighted to bring another fresh-to-market group to the Petersen museum.”

Further down the road in supercar lineage comes the first true battle of the brands between the diametrically opposed 1989 Ferrari F40 and the 1987 Porsche 959 Komfort. While the F40 was all about the engine and a stripped down, spartan driving experience, the 959 was one of the most technologically innovative cars ever built, with numerous pioneering advancements. The F40 on offer was delivered new to Stefano Casiraghi, Italian socialite, successful racer, and second husband of Princess Caroline of Monaco. Well cared for throughout its life, the F40 is fitted with desirable Plexiglas windows and shows just 4,000 km from new (Est. $1,200,000 - $1,600,000). The 959 set for the Los Angeles sale, chassis no. 900037, is an early Komfort model and one of very few that have been federalized and registered for street use in California. Highly original and professionally maintained, the Porsche is offered from single ownership for the last decade (Est. $950,000 - $1,100,000).

By the mid-2000s, the world saw the last of the analogue supercars with the Porsche Carrera GT and the Ford GT. Offering motorsport-inspired thrills, the 2005 Porsche Carrera GT coming to RM Sotheby’s Los Angeles sale, chassis no. 001164, is exceptionally and uniquely well-optioned. The original owner specified the car be finished in Basalt Black Metallic over Terracotta leather, with the wheels painted to match the exterior, and a luggage set trimmed in matching leather. Boasting comprehensive service, just two owners, and 8,800 miles from new, the Carrera GT is as close as one can get to a race car for the road (Est. $700,000 - $900,000). Proving close competition to the Carrera GT in period, the four-option 2006 Ford GT coming to California, chassis no. 400600, is presented in virtually as-new condition, with a mere six original miles on the odometer. One of just 69 cars finished in Speed Yellow with full stripe for 2006, this is a truly exceptional example in the rarest production color (Est. $300,000 - $350,000).

Finally, the evolution of the supercar comes to the hybrid powertrain realm of today. The 918 Spyder boasts three separate powertrains, which combined produce a monumental 887 horsepower, propelling the car from 0-62 mph in just over two seconds, with a top speed of over 200 mph. The 2015 Porsche 918 ‘Weissach’ Spyder presented by RM, chassis no. 800652, is offered in as-new condition, with just 279 miles on the clock. The car is fitted with the highly desirable and slightly more radical Weissach lightweight package, which also includes a factory applied Matte Black wrap and Martini livery (Est. $1,500,000 - $1,700,000). Built to compete with the 918 Spyder, McLaren’s P1 is powered by a 3.8-liter twin-turbocharged V-8 mated to an electric motor, producing a monstrous 903 brake horsepower and powering the car to a top speed of 217 mph. The 2015 McLaren P1 on offer, chassis no. 000233, is offered from single ownership and has covered less than 350 miles. Brilliantly optioned with a host of McLaren Special Operations features, the P1 is ready to enjoy (Est. $1,300,000 - $1,700,000).

The supercars join the previously announced Ferrari 290 MM in a selection of no less than 70 eclectic, highly desirable vehicles set for the Petersen Museum sale, representing a cross-section of significant eras and categories in collector car history. For further information on RM Sotheby’s Petersen Automotive Museum Auction, to view an updated list of entries, or to register to bid, please visit rmsothebys.com. Interested bidders are invited to call +1 310 559 4575 to speak with an RM Sotheby’s car specialist. The complete digital catalogue is set to be released next week.