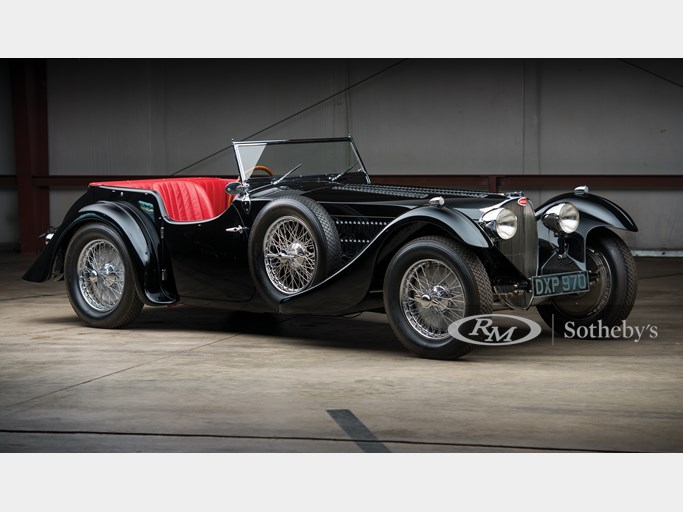 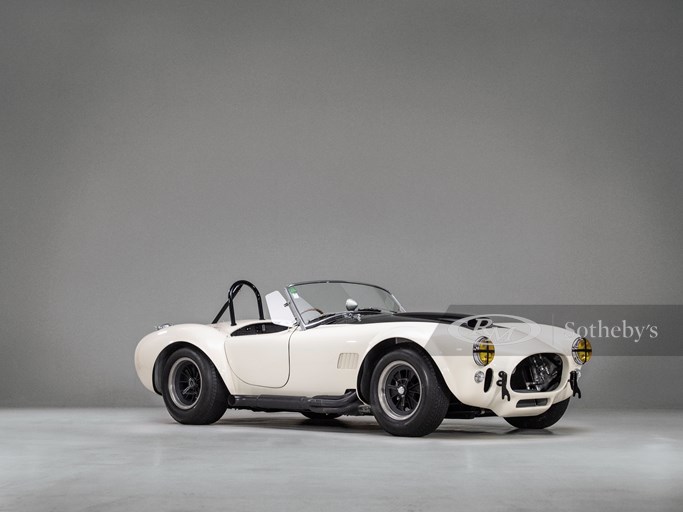 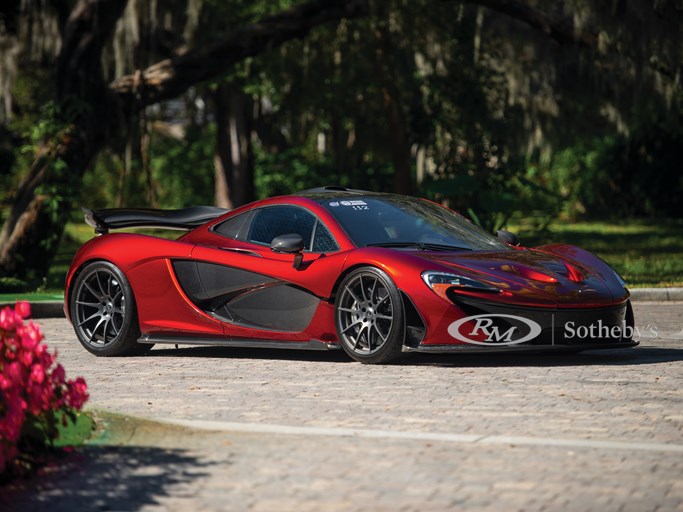 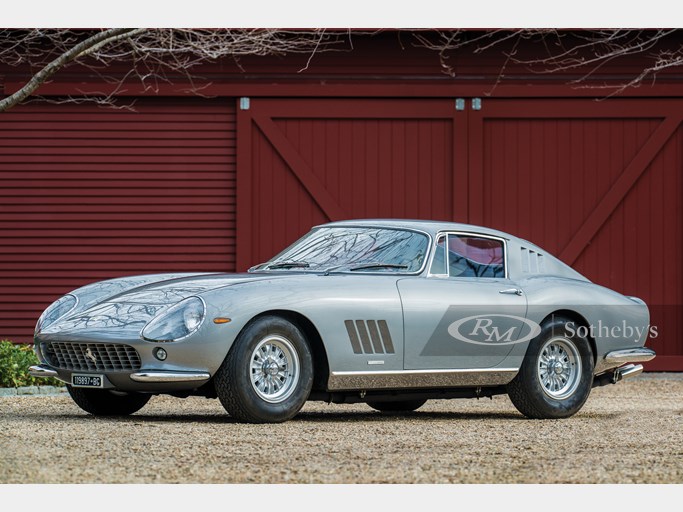 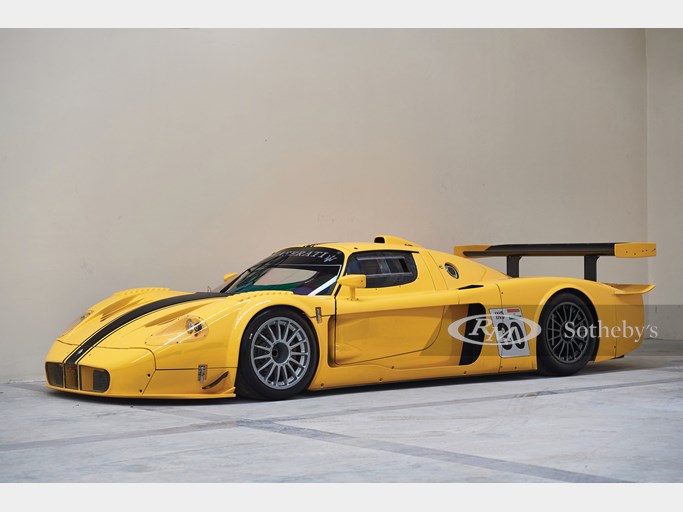 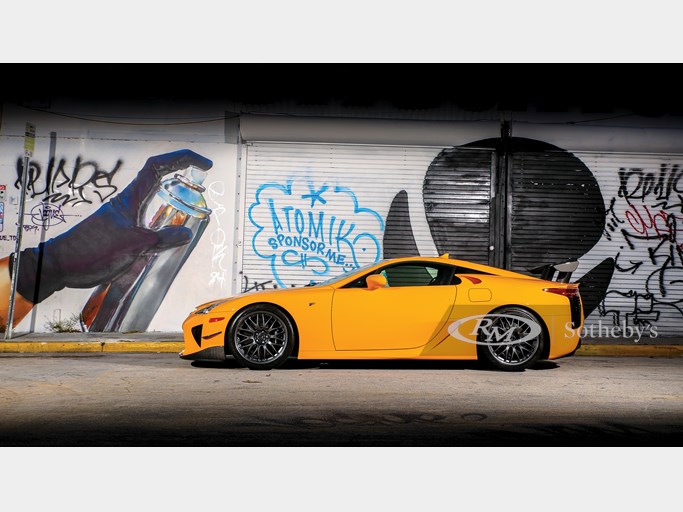 BLENHEIM, Ontario (12 February 2019) – RM Sotheby’s is thrilled to release the complete catalogue for the company’s 21st annual Amelia Island sale, set for 8-9 March. Final entries for the sale, which features 141 motor cars, one motorcycle and a handful of automobilia, include a roster of incredible performance automobiles from the 1930s through today. Leading the group is a stunning 1937 Bugatti 57SC Tourer by Corsica, recognized by enthusiasts as one of the ultimate expressions of pre-war motoring, alongside one of the most significant factory Competition Shelby 427 Cobras.

Introduced in late 1937, the Bugatti Type 57S was, on its own, a potent creation. With just over 40 production examples built, it added a significant increase in both horsepower and overall performance to the standard Type 57. Of total 57S production, just 16 examples were finished with open coachwork, making the 1937 Bugatti 57SC Tourer on offer at Amelia Island exceptionally rare and desirable by any standard. Add the fact that Corsica built a total of only eight bodies on the Type 57S, including just two four-seat tourer bodies, with chassis no. 57512 being the second example commissioned, and the car becomes rarer still. Adding the available “C” specification Roots-type supercharger early in the car’s life further raised the power output to 200 hp, enabling a top speed of 120-mph and making the 57SC the fastest French production car of the period.

The Bugatti comes to Amelia Island having formerly been a centerpiece in the Judge North, General Lyons and Blackhawk Collections. While in the hands of the Blackhawk Collection, a full restoration was performed, and the car was displayed on the lawn at Pebble Beach in 2003 to much fanfare. As it presents today, it carries this well-preserved restoration from its Pebble Beach debut. Most importantly, the Bugatti retains its original chassis, engine, gearbox, and body, with the supercharger believed to be the same one that was installed within the first few years of its life (Est. $6,000,000 - $7,500,000).

Alongside the Bugatti, a 1965 Shelby 427 Competition Cobra, chassis no. CSX 3006, also headlines RM Sotheby’s Amelia Island sale. One of 19 true production 427 Competition Cobras built, of which a mere handful retain their original body, the Cobra claims significant period racing and ownership history, perhaps most notably as the only production 427 Cobra to win outright in a major European race.

Equipped from the factory with a potent competition 427 side-oiler aluminum-head engine, the Cobra on offer was delivered new to William G. Freeman of Muncie, Indiana. Freeman campaigned the car in two SCCA races before he was offered a contract in Europe and had to put to put it up for sale. It eventually landed with The Chequered Flag in England, where its debut was in the 1966 Brands Hatch Ilford 500 at the hands of former Shelby American Team driver Bob Bondurant, paired with unparalleled long-distance racer David Piper. With wet conditions looming, the Cobra left two Ford GT40s, a lightweight Jaguar E-Type, and a Ferrari 250 LM in its trail spray, taking the overall win after six grueling hours.

The Cobra was later sold to Mike Shoen, one of the earliest Shelby collectors and historians, and he commissioned a ground up restoration to its original LHD configuration. The Comp 427 would then pass through the hands of such noted Cobra collectors as Steve Juliano, George Stauffer, Chris Cox, Jim Spiro, and Larry Bowman. In 2003, Bowman sent the car to Legendary Motorcar Company for a no-expense-spared restoration to its Brands Hatch-winning configuration, even finding the original lightweight custom seats that Piper and Bondurant used in 1966 – which are included with the sale. The car would then land with Gary Bartlett of Muncie, Indiana, the same town the car was delivered to nearly five decades earlier. Under Bartlett’s ownership, it was presented at such important events as the Pebble Beach Concours d’Elegance, the Goodwood Revival, and the Concorso d’Eleganza Villa d’Este. Truly one of the most significant factory Competition 427 Cobras in existence, the car is fully sorted and ready for the road, rally, or track (Est. $3,000,000-$4,000,000);

Completing the incredible lineup of high-performance automobiles set for the Amelia Island sale, are:

The RM Sotheby’s team is proud to once again offer an exciting collectible lot to benefit the Amelia Island Concours d’Elegance.The 2019 auction will present a Fender Player Stratocaster Guitar, painted with cars owned by or closely associated with renowned musicians, by automotive artist David Snyder. The guitar commemorates the special ‘Cars of Rock Stars’ class at this year’s Amelia Island Concours d’Elegance, which centers on vehicles and guitars from John Oates’ personal collection alongside additional star cars. The Amelia Island sale will also present a Ferrari Mixed Media Collage by DeVon to benefit Spina Bifida of Jacksonville, a cause near to the Concours d’Elegance.

RM Sotheby’s 21st annual Amelia Island sale is set to take place during the Amelia Island Concours d’Elegance on 8-9 March at the Ritz-Carlton, presenting more than 140 of the world’s most sought-after blue-chip automobiles. For further information on RM Sotheby’s 2019 Amelia Island auction or to view the complete digital catalogue, please visit rmsothebys.com. Interested bidders are invited to call RM Sotheby’s headquarters at +1 519 352 4575 to speak with a car specialist.