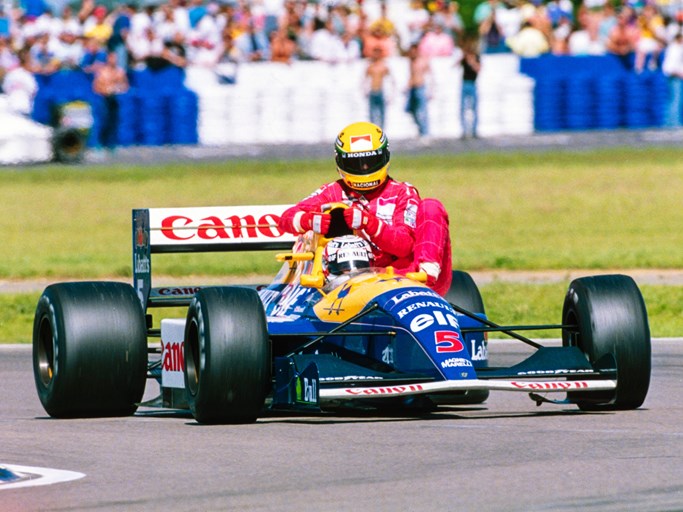 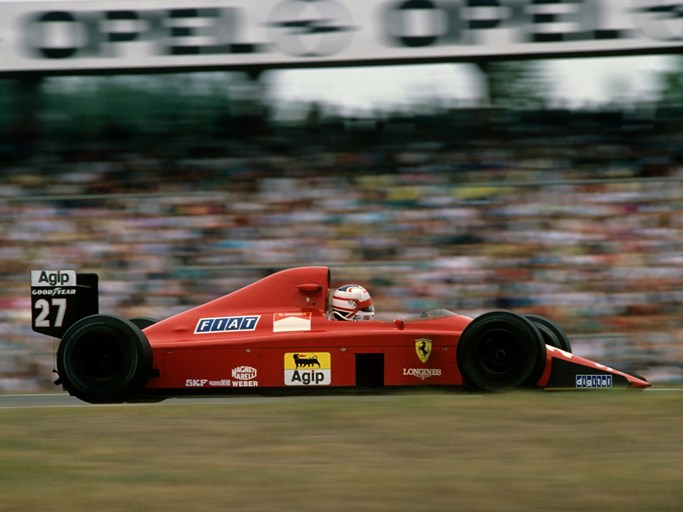 Courtesy of the Nigel Mansell Collection 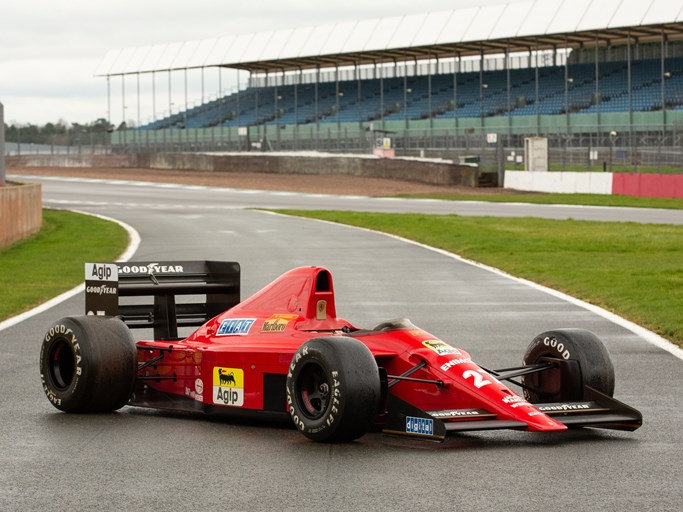 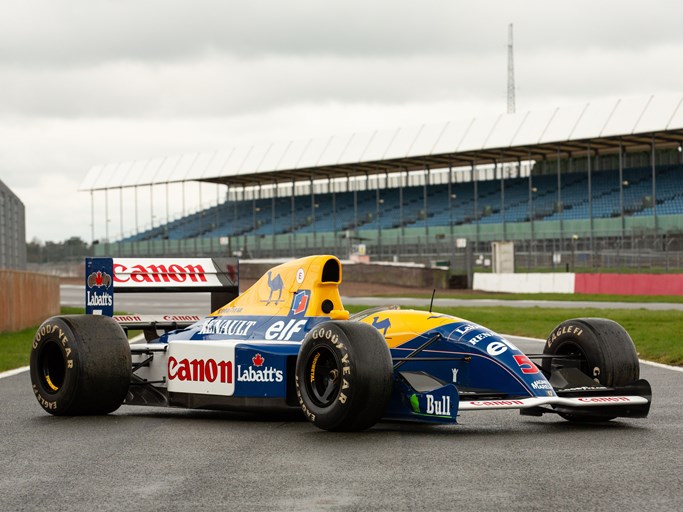 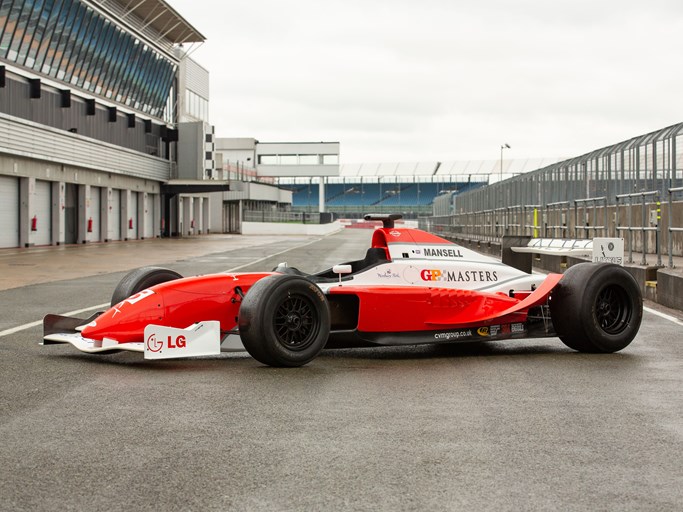 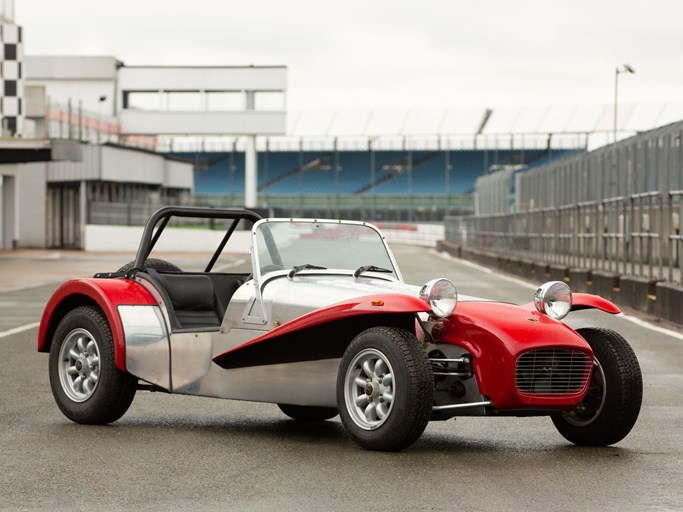 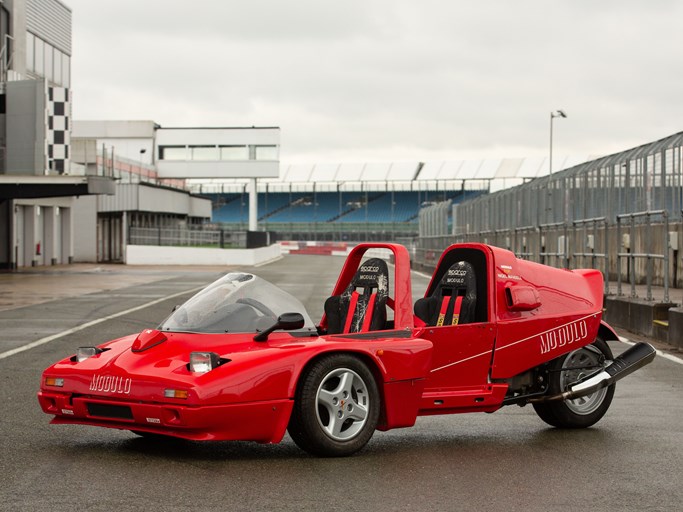 London, England (10 March 2022) – RM Sotheby’s is proud to offer The Nigel Mansell Collection—direct from Nigel Mansell himself—at its Monaco auction on 14 May. The Collection contains what are unquestionably two of the most significant Formula One cars to ever be offered at auction, including the 1989 Ferrari 640, in which he won two races that year, plus the incredible 1991 Williams FW14, chassis no. 5, in which Mansell won no less than five Grand Prix and which is famously the car that has become known the world-over as the British GP winning ‘Senna Taxi’.

There will rarely—perhaps never—be another opportunity to acquire two completely original Formula One cars directly from their World Champion owner and driver, who has cherished both cars from the day they were retired from the track and which have been preserved in ‘time-capsule’ condition. The totally untouched Ferrari 640 and Williams FW14, the famous chassis no. 5, represent the ultimate acquisition opportunity for Formula One and motorsport fans across the globe. A V-12 Grand Prix Ferrari is perhaps the ultimate prize for any serious collector of great Formula One cars. The 1989 Ferrari 640, chassis no. 109, is one such car. Its place in history can’t be underestimated, as it is also the very first of the Ferrari F1 cars to be equipped with a semi-automatic gearbox. In February 1989, chassis no. 109 was revealed to the press as the first-ever Ferrari team car to be announced without Enzo Ferrari, and it would quickly go on to be the first chassis entrusted to the newly signed Nigel Mansell, for him to contest his first race for the team. After difficult pre-season testing where the car had proved to be unreliable, it was with little expectation that Mansell took to the track at Jacarepaguá, Rio de Janeiro, on 26 March 1989. In fact, Mansell qualified in 6th place with his teammate Gerhard Berger sealing 3rd spot. In a highly competitive field featuring Ayrton Senna, Alain Prost, and Nelson Piquet, Mansell fought his way through to the front of the field and won his debut race for Ferrari—sealing victory over 2nd-place Prost by over seven seconds—marking Mansell’s first victory for Maranello and the team’s first with a semi-automatic gearbox.

While the car proved to be less reliable as the season progressed, chassis 109 would still go on to win another race in Hungary, where “Il Leone” qualified in 12th position, but reeled in the entire grid to win at the Hungaroring, recording the fastest lap and pulling a highly memorable overtake on Ayrton Senna on its way to the front of the field. Mansell got to keep chassis 109, with the car shipped to join his personal car collection in January 1990, accompanied by the very wheels and tyres with which it crossed the finish line at the end of its career. The car is complete and is unlikely to have had a nut or bolt touched on it since the last Ferrari mechanic put down his tools in 1989. This is truly a spectacular opportunity for any collector (Estimate: €2,500,000 - €5,000,000).

To motorsport fans, the Adrian Newey-designed Williams FW14 needs little introduction, as it heralded a new era of technical sophistication and dominance for the Williams team that would culminate in winning the World Championship in 1992. In 1991, the Williams FW14 proved that it had the pace to beat any car on the grid, and Mansell himself demonstrated that he had the speed to beat the best drivers in the World.

Mansell first took the wheel of FW14-5 at Magny-Cours, where he secured his first Formula 1 victory of 1991. That was soon followed by pole position and outright victory at the British Grand Prix, where Chassis FW14-05 dominated the entire race, finishing a mammoth 42.293 seconds ahead of Gerhard Berger in his McLaren MP4/6. Ayrton Senna crossed the line in 4th but ran out of fuel on lap 58. During his victory lap, Mansell famously stopped on the circuit, and Senna climbed aboard. This is, arguably, one of the most iconic moments in Formula 1 history, and chassis FW14-5 provides the opportunity to own a piece of motorsport folklore.

Mansell continued his winning streak in chassis FW14-5 and was victorious at the German Grand Prix, and at Monza it would finish 16.262 seconds ahead of Senna. At that stage in the 1991 Driver’s Championship, there was all to play for, as only 18 points separated Mansell from Senna and there were still four races left. At the Spanish Grand Prix, Mansell and Senna fought viscously in the early stages of the race. With the pair millimetres from each other on the main straight, creating another iconic motorsport image in the process and taking Mansell to 1st place.

The Williams FW14 had shown it was extremely competitive and with chassis FW14-5 claiming victories and two 2nd-place finishes, Mansell and this chassis proved to be a lethal combination. At the end of the 1991 season, Williams gifted Mansell chassis FW14-5 in recognition of the success, and like the Ferrari, it has remained in his sole possession for over 30 years. Although without its Renault V-10 engine, which was retained by Renault at the end of the season, the car presents an astonishing opportunity to acquire one of the most revered Formula 1 cars of the modern era, direct from its driver (Estimate: €1,500,000 - €3,000,000).

The collection also features another racing car in which Mansell tasted victory. The 2005 Reynard 2KI Grand Prix Masters Car, which was twice driven to victory by Mansell in the 2006 Grand Prix Masters Series. Based on the 2000 Reynard 2KI Champ Car, and powered by a 3.5-litre V-8 engine producing in excess of 650 bhp, the series of identical cars were used duringa single-constructor motor racing series that launched in 2005, which featured former Formula 1 racing drivers, aiming to bring the greats of motor racing back together to compete on a level playing field. With Mansell’s famous ‘red 5’ on the front, he won from pole position at Kyalami in South Africa, as well as finishing 1st in the car at the Losail International Circuit in Qatar. Added to the Nigel Mansell Collection following the conclusion of the racing season, the car remains in complete, preserved condition (Estimate: €100,000 - €150,000).

The 1990 iC Modulo M89, chassis no. 001, was gifted to Nigel Mansell at the end of the 1992 season, having first been driven by him in the Monza paddock after qualifying on pole position at the 1992 Italian Grand Prix. This was the first Modulo produced and had previously been owned by its designer, Carlo Lamattina. Powered by a BMW K75S motorcycle engine, this rare vehicle is capable of reaching 200 km/h. Part of the Nigel Mansell Collection for nearly 30 years, it is presented with a letter from Lamattina, a period brochure, and photographs of Mansell with the car at Monza (Estimate: €5,000 - €25,000). The 1991 Birkin 7 Sprint is a South African-made kit car accurately based on the famous Lotus Seven. The car on offer was imported into the UK in 1991 and owned from new by Nigel Mansell, who has enjoyed fair use of the Birkin, while for a large part of the vehicle’s life it is understood to have been kept in storage as part of the collection (Estimate: €10,000 - €15,000).

This unique and unrepeatable collection is offered for sale at the Monaco sale, which takes place on 14 May alongside the legendary Grand Prix de Monaco Historique.