RM SOTHEBY’S $30.4 MILLION ARIZONA SALE KICKS OFF 2020 WITH SUCCESS ACROSS ALL CATEGORIES 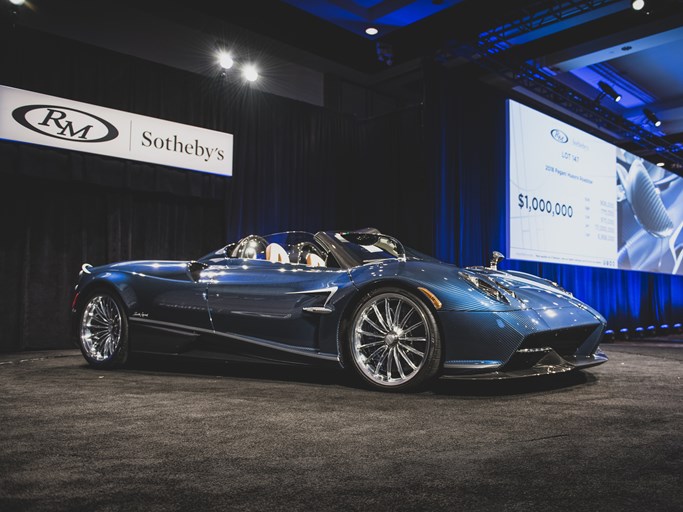 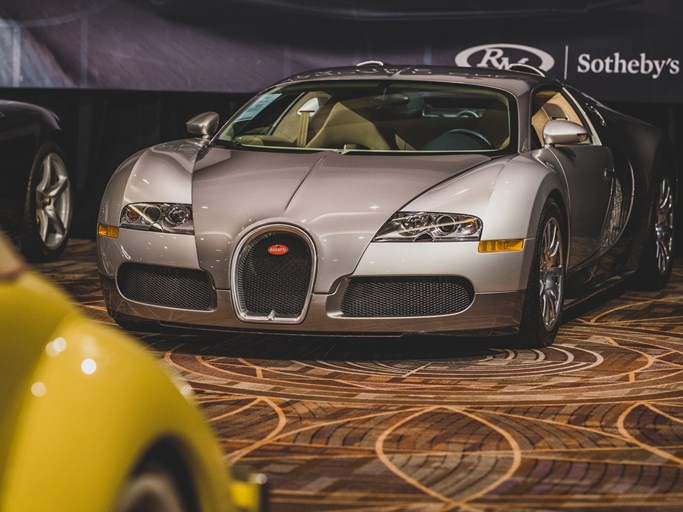 The 2008 Bugatti Veyron 16.4 on display during RM Sotheby’s Arizona preview 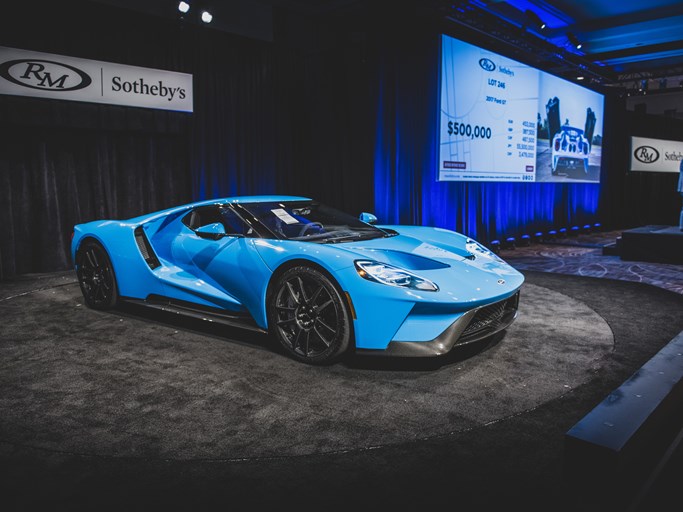 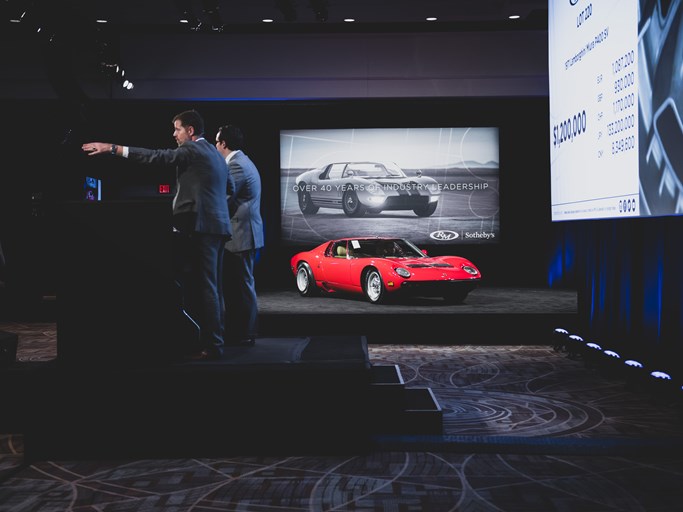 The 1971 Lamborghini Miura P400 SV on the block in Arizona 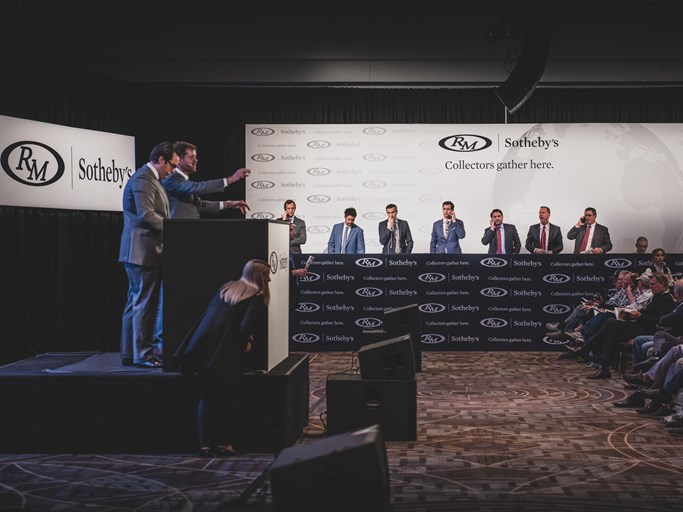 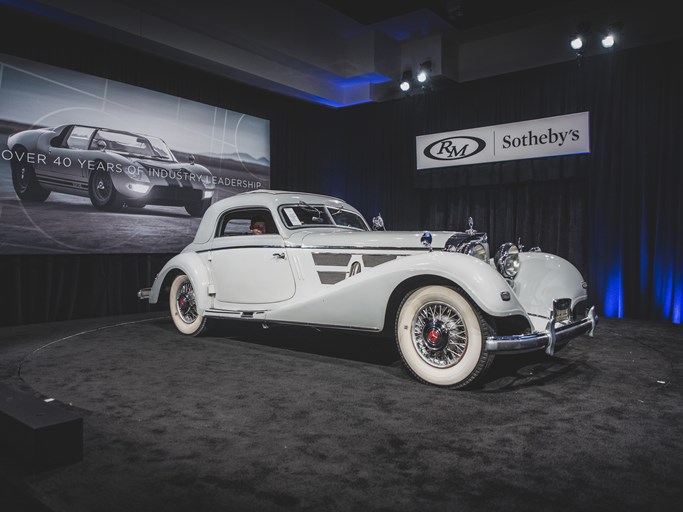 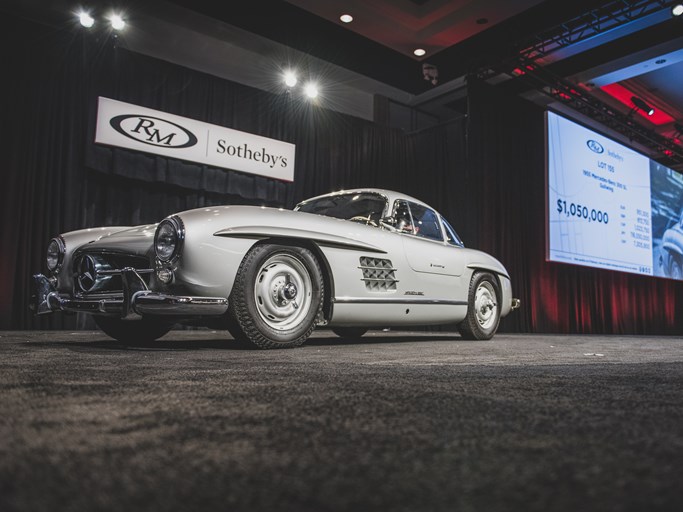 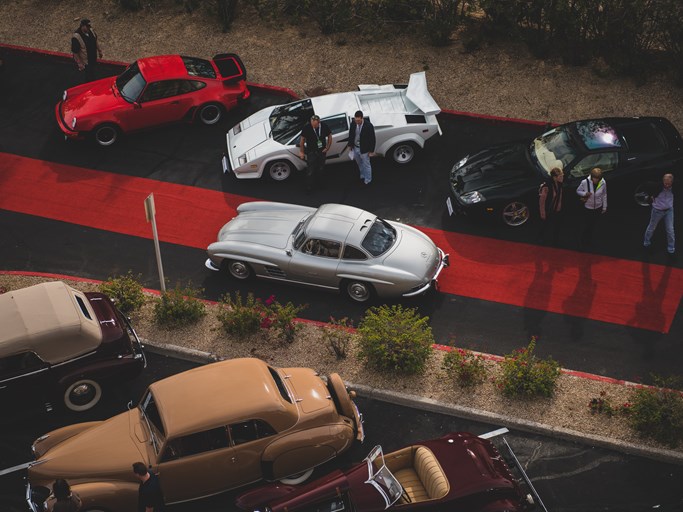 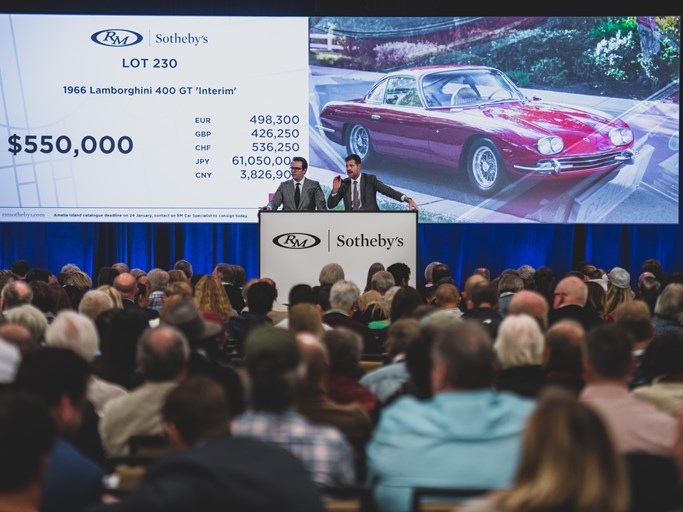 90 PERCENT OF ALL LOTS SOLD

PHOENIX, Arizona (19 January 2020) – This past week, 16-17 January, RM Sotheby’s kicked off its 2020 calendar with the auction house’s 21st annual Arizona auction, totaling $30.4 million in sales with 90 percent of all lots sold. Held at the Arizona Biltmore in Phoenix during Arizona Car Week, the two-evening auction welcomed bidders from 26 countries around the world bidding in the room and via phone and internet, with nearly 25 percent registering to bid with RM Sotheby’s for the first time.

Top sales were highlighted by several modern supercars, including a 2018 Pagani Huayra Roadster, the 42nd of 100 built, finished in stunning Blue TriColore with exposed carbon weave trim throughout and showing less than 200 miles, which sold for a final $2,370,000. Additional well-sold supercars include a low-mileage, silver metallic over bright silver 2008 Bugatti Veyron 16.4, one of 178 fixed roof coupes built to the original specifications, at a final $1,105,000, and a Riviera Blue 2017 Ford GT, which was offered without reserve and sold for $923,500.

Friday evening also saw a one-of-99, Classiche-certified 1967 Ferrari 330 GTS by Pininfarina refinished in the stunning shade of Grigio Ferro achieve $1,710,000, while a Rosso Corsa 1971 Lamborghini Miura P400 SV by Bertone offered from 40 years of single ownership in a private collection brought $1,391,000. Additional highlights from the 18-car private collection offered in Arizona include a 1991 Vector W8 Twin Turbo, which set a new record for the marque at $720,000, while a 2002 Dodge Viper GTS ACR Final Edition interested numerous bidders on the phones and in the room, eventually selling above high estimate at $114,800.

RM Sotheby’s Arizona sale was also a great couple of days for desirable classic Mercedes-Benz models. Leading the marque offering, a CCCA Full Classic 1937 Mercedes-Benz 540 K Coupe, offered from five decades of private Nebraskan ownership, crossed the auction block during the Friday night sale session and sold for a final $995,000. The 540 K came to RM Sotheby’s Arizona auction following forty-some years in a family garage, wearing unusual coachwork converted to Coupe configuration in period by coachbuilder Hebmüller. Additional classic Mercedes highlights include a rare 1956 Mercedes-Benz 300 Sc ‘Sunroof’ Coupe offered from 42 years of ownership at a final $368,000, alongside a pair of 300 SL models; an excellent 1955 Mercedes-Benz 300 SL Gullwing, retaining its matching-numbers engine and gearbox, at $1,270,000, and a two-owner 1957 Mercedes-Benz 300 SL Roadster finished in its striking original color of Strawberry Metallic at $973,000.

“We had a very solid start to our 2020 calendar with the Arizona sale,” said Gord Duff, Global Head of Auctions, RM Sotheby’s, following the auction. “There was a great energy and busy crowds from preview through Friday night, which translated to a 90 percent sell-through rate and healthy prices for the best of the best cars across all categories. The finest pre-war Classics like the Groendyke Cadillac V-16 Sport Phaeton and the Mercedes-Benz 540 K Coupe, along with iconic sports cars such as the Ferrari 330 GTS and Lamborghini Miura, through to low-mileage supercars including the Pagani Huayra Roadster, Bugatti Veyron, and Ford GT all brought well-deserved results.”

RM Sotheby’s continues its 2020 calendar with the company’s first European auction of the year, set for 5 February in Paris during the world-famous Rétromobile show week. Held on the stunning grounds of Place Vauban in the city’s center, the auction will present nearly 80 of the finest sports, racing, performance, and touring cars from both pre- and post-war periods. The Paris sale is led by a highly original 1955 Jaguar D-Type with period race history, alongside a thrilling 2015 Lamborghini Veneno Roadster, one of just nine examples ever built and rarely seen at auction. The complete Paris catalogue is now available at rmsothebys.com.

Complete results from RM Sotheby’s Arizona auction and additional information on all upcoming RM Sotheby’s 2020 events are available at rmsothebys.com.