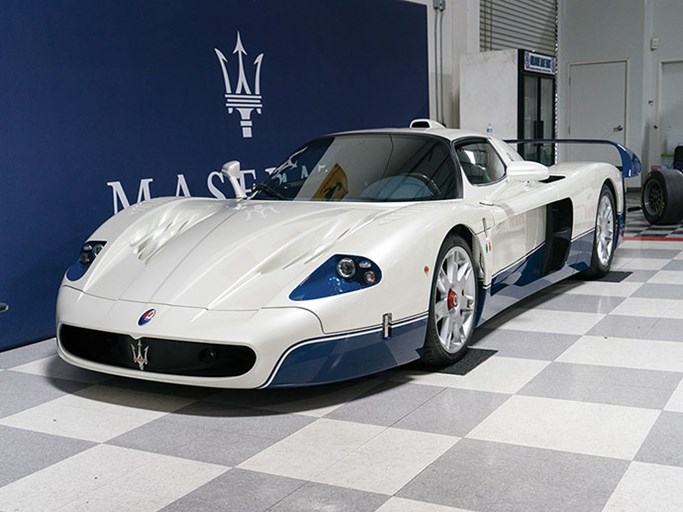 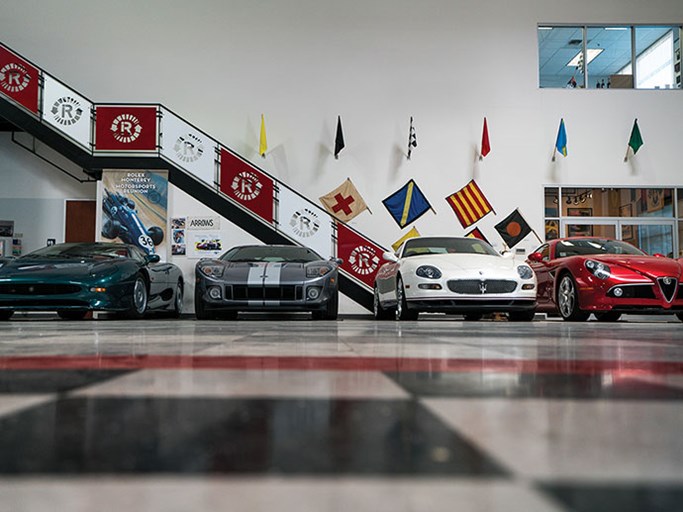 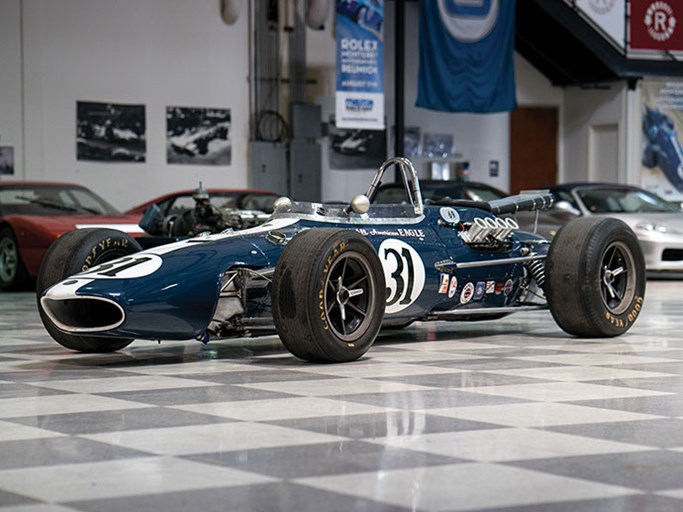 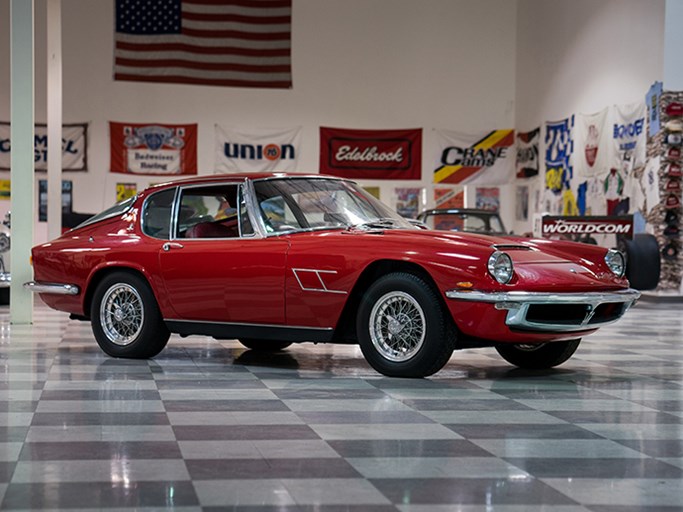 CULVER CITY, California (June 13, 2016) – The RM group of companies, incorporating RM Sotheby’s and Auctions America, will reaffirm its reputation as the auction houses of choice for private collection sales this summer, with the presentation of select automobiles from the esteemed Riverside International Automotive Museum (RIAM). The group of 49 vehicles offered from the So-Cal museum collection will be divided between Auctions America’s upcoming Santa Monica sale, June 25-26, and RM Sotheby’s flagship Monterey event, August 19-20, both in California.

Founded by racing enthusiasts Ray and Doug Magnon in 2006, the Riverside International Automotive Museum is the result of the passion and appreciation of the father-son team, dedicated to preserving and displaying the rich history of California’s motor sports heritage. In addition, tying to the family’s Italian roots, the museum features one of the largest and most comprehensive collections of Maserati road cars in the United States, including an example of every Maserati model that has been made available in the U.S. since 1951. To house their growing collection, the family built a 20,000-square foot facility in Riverside, California in 2006, opening the museum to the public in December 2007.

Following Doug Magnon’s passing in 2015, select vehicles from the museum will be offered at auction this summer, providing opportunity for other passionate enthusiasts to enjoy the cars, just as Doug did, and to continue his legacy for preserving and celebrating automotive history.

“It’s an absolute privilege to be involved with the sale of such an important collection as the Riverside International Automotive Museum,” says David Swig, Car Specialist, RM group of companies.

“The collection is truly representative of the genuine enthusiasm of the Magnon family, specifically Ray and Doug, for the Maserati marque and AAR Eagle Indy cars in particular. When it comes to the Maseratis, it’s unprecedented to have the opportunity to offer such a complete ‘library’ collection, and certainly an occasion we expect will command the attention of Maserati enthusiasts worldwide. Additionally, the significance of the series of Gurney Eagles to Indy racing and the history of American racing car construction cannot be overstated. We’re honored to have this opportunity to pay tribute the passion of Ray and Doug Magnon, and to share their legacy with the global collector community.”

Philip Yanni, board member for the Riverside International Automotive Museum, adds: “Doug was well-known and respected in the Maserati community, and his passion for Italian cars was renowned. He was passionate about Maserati and Eagle race cars in particular, and his collection reflects that. His cars didn’t collect dust – he actively drove them, raced them, and enjoyed them.”

Auctions America will present 34 vehicles from RIAM as a featured highlight at its upcoming Santa Monica sale, June 25-26. The group, which will be offered entirely without reserve, comprises an eclectic series of American and European racers and sports cars from the 1950s through early 2000s. Of particular note is a group of 14 Maseratis, which run the gamut from a 1967 Maserati Mistral Coupe (Est. $110,000 - 140,000) following through to successor models such as the Indy and Merak, as well as late-model collectibles including a 2005 Maserati Spyder 90th Anniversary Cambiocorsa (Est. $35,000 - $40,000), and a 2006 Maserati Gran Sport Victory Cambiocorsa (Est. $55,000 - $75,000).

Additional highlights slated for the Auctions America podium include:

Held at the historic Barker Hangar, Auctions America’s Santa Monica sale has emerged as a new highlight on Southern California’s collector car scene in recent years, raising the bar for collector car auctions with its quality and diversity of product. The RIAM cars will join a docket of some 300 handpicked automobiles and select automobilia consigned to next week’s event. A complete list of offerings from the RIAM collection is available here: http://bit.ly/1VVoUyZ.

Auctions America’s sister company, RM Sotheby’s, will also proudly support the sale of the RIAM Collection, presenting 15 vehicles from the museum at its flagship Monterey sale, August 19-20 during the world-famous Pebble Beach Concours d’Elegance week. The offering is again highlighted by a superb group of Maseratis—11 in total, spanning 54 years of production—which range from a rare example of the marque’s first true production car, a 1951 Maserati A6G/2000 Coupe bodied by Pinin Farina, through to a dramatic 2005 Maserati MC12, one of the most significant modern Italian supercars.

Other highlights set for RM’s Monterey podium include a selection of Dan Gurney’s AAR Eagle racing cars, led by the historically significant 1966 AAR Eagle Indianapolis #31, Dan Gurney’s personal 1966 Indy car, and the ultimate ancestor of a long and successful line of Gurney Eagles (Est. $600,000 - $800,000). Following in this car’s lineage is the innovative, turbocharged 1969 AAR Eagle Santa Ana Indianapolis #42, driven by Formula One World Champion Denny Hulme at the 1969 Indianapolis 500, and one of most recognizable historic single-seaters extant (Est. $175,000 - $225,000).

A complete list of cars to be offered from the RIAM Collection at RM Sotheby’s Monterey auction will be posted at www.rmsothebys.com in the coming days.

For further information on the sale of select vehicles from the Riverside International Automotive Museum Collection, along with details on Auctions America’s upcoming Santa Monica auction and RM Sotheby’s Monterey sale, please call toll free at 888.990.3910 (or +1 310 559 4575 outside of North America).

for more News from RM Sotheby’s

for more News from auctions america

RM Sotheby’s (formerly RM Auctions) is the world's largest auction house for investment-quality automobiles. With 35 years’ experience in the collector car industry, RM's vertically integrated range of services, from private treaty sales and auctions to estate planning and financial services, coupled with an expert team of car specialists and an international footprint, provide an unsurpassed level of service to the global collector car market. As a company, RM Sotheby’s has established numerous auction benchmarks, including the current record for the highest-grossing collector car auction of all time, with $172.9 million in sales at its 2015 Monterey event. In February 2015, RM formed a strategic partnership with Sotheby’s, uniting the two companies for the full calendar of future automobile auctions. For further information, visit www.rmsothebys.com.