ART IN MOTION: RENOWNED ALFA ROMEO B.A.T. 5, 7 & 9 TO BE OFFERED TOGETHER AS A SINGLE LOT AT SOTHEBY’S FORTHCOMING CONTEMPORARY ART EVENING SALE 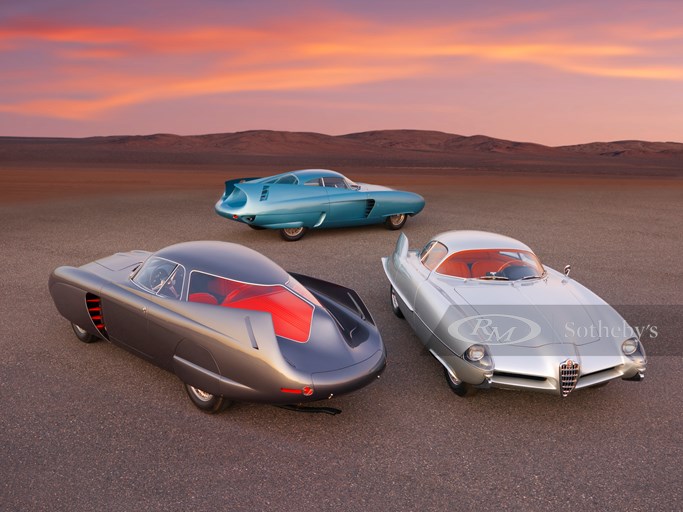 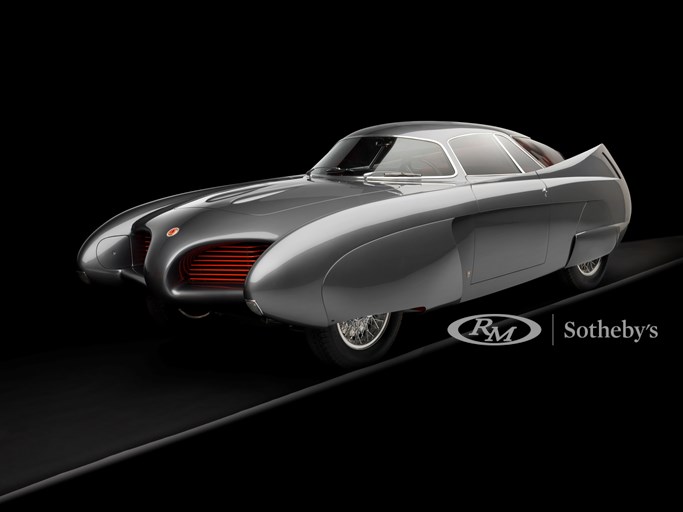 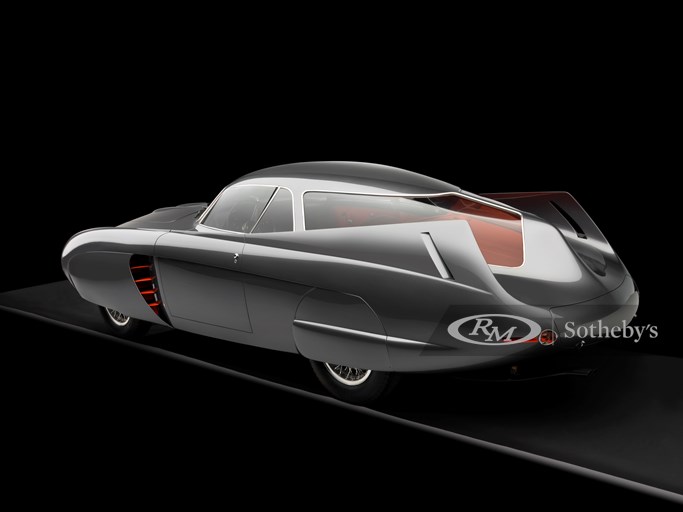 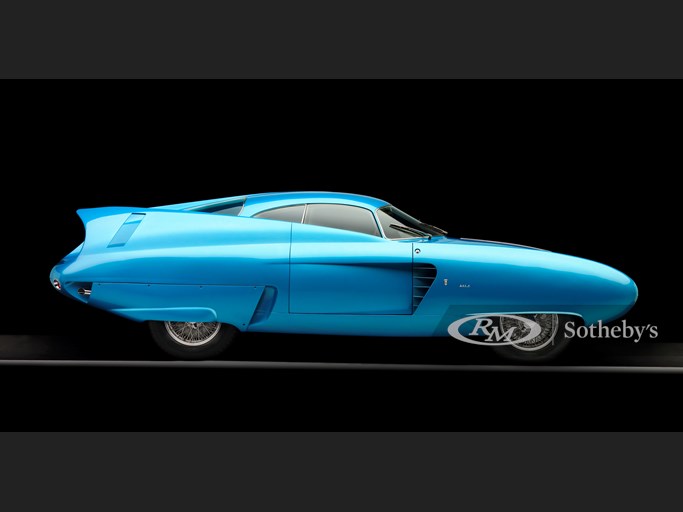 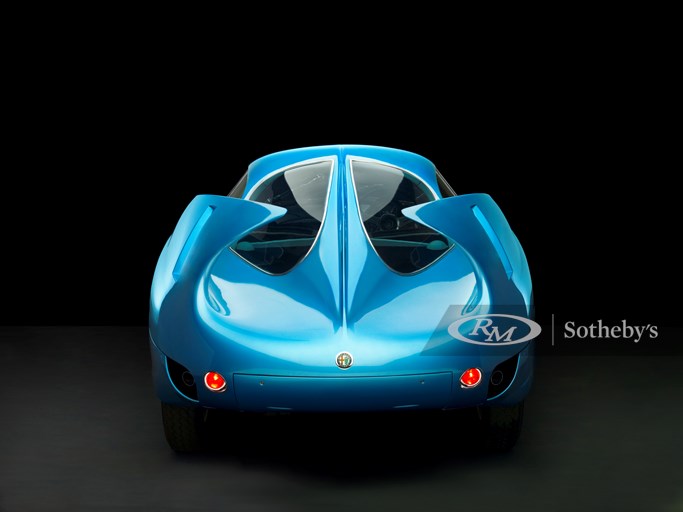 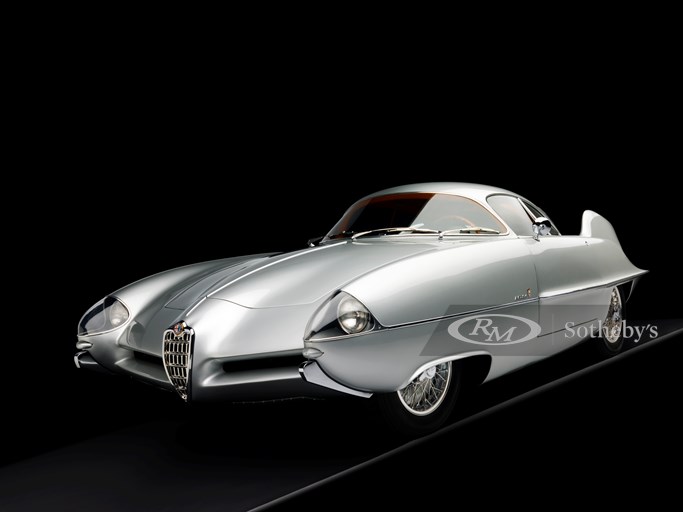 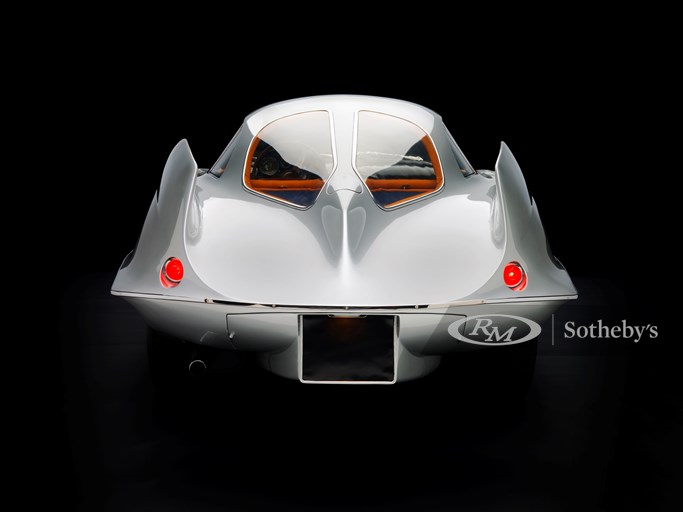 To be offered as part of Sotheby’s forthcoming Contemporary Art Evening Sale in New York, livestreamed to the World on 28th October 2020

NEW YORK (16 October 2020) – RM Sotheby’s, in association with the Sotheby’s Fine Art Division, is delighted to announce that it will offer the Alfa Romeo Berlina Aerodinamica Tecnica Concepts, a trio of incredible automotive and sculptural design that were produced by Bertone for the Turin auto salons across 1953, 1954 and 1955. The vaunted trio of Alfa Romeos will be offered as a single lot at the forthcoming Contemporary Art Evening Auction on 28 October. Regarded by many as the seminal vehicle designs of the 20th century, B.A.T. 5, 7, & 9 were presented to the public over three consecutive years and have firmly lodged themselves amongst the most spectacular and memorable automotive designs ever produced.

The three cars were more than just design studies and a showcase of what world’s best panel beaters and craftsmen could create; they were also an incredibly effective demonstration of forward-thinking design engineering and advanced aerodynamics. Although designed around modest Alfa Romeo road car chassis, the cars stunned the public with a hitherto unseen blend of sculpture and efficiency, and with more than just a hint of fantasy and science-fiction resonating from each of the three designs.

1953 B.A.T. 5 - The first of the B.A.T. concepts, Scaglione set about to produce a visually arresting design that absolutely maximized airflow, and ultimately created a car of spectacular drama. Working with airflow as the essence of how to develop the lines of the vehicle, the completed concept was appropriately dubbed the Berlina Aerodinamica Tecnica 5, or B.A.T. 5.

As with its successors, the running gear was sourced from the Alfa Romeo 1900, but it is a notable fact that the automaker would remain relatively uninvolved with the design process until the final design, the B.A.T. 9. Output from this four-cylinder engine, mated to a five-speed manual transmission, was approximately 90 horsepower, yet the wind-cheating lines afforded the car a top speed approaching 125 mph. This remarkable performance was thanks to its drag coefficient, calculated at an incredibly low 0.23 Cd - impressive even by today’s standards. It’s pontoon fenders, nose vents, wraparound glass cockpit, tapering tailfins and wheel skirts, all combined to produce both aerodynamic efficiency and a design considered to be, almost literally, ‘out of this world’.

1954 B.A.T. 7 - Having served its purpose, B.A.T. 5 was essentially mothballed after the 1953 show and work commenced on an updated version, soon to be known as the B.A.T. 7. Given the first car’s success, Scaglione was encouraged to emphasize various characteristics of the original, and he obliged by narrowing the front air intakes, lowering the hood by over two inches, and lengthening the tailfins while adding increased angular pitch to the extremities. The rear wheel skirts and pronounced side vents remained. The resulting design’s coefficient of drag was, at 0.19 Cd, even more remarkable than its predecessor. This figure is lower than many 21st century super car designs, and this was achieved in 1954 without wind tunnel testing or computer-aided design. A remarkable feat.

1955 B.A.T 9 - The final of the three cars saw Alfa Romeo take a greater interest in the design process, largely driven by a desire to make the car both stunning visually but also with more consideration given to applying the design for road use. For B.A.T. 9, Scaglione explored a roadworthy gran turismo interpretation of the theme with the fins reduced in size to improve rear visibility, and the rear wheel skirts eliminated. A new pronounced beltline was added toward the rear, while a standard production triangular Giulietta grille, including the famed Milano crest, was fitted to the front grille, highlighting the car’s identity as an Alfa Romeo. Despite this more practical approach to the design, the result proved to be the crescendo of the design iteration and was much admired for its jet-age design that perfectly combined both form and function.

Rob Myers, Chairman of RM Sotheby’s, says: “To be able to offer the Alfa Romeo B.A.T cars as a single lot triptych at auction is a once-in-a-generation opportunity. To do so in Sotheby’s Contemporary Art evening sale only adds further validation to the global significance of the B.A.T cars. These three truly spectacular cars are amongst the most instantly recognizable and important pieces of automotive design ever produced. Furthermore, they have never been offered for sale as a united trio, and so the offering of this design triptych may never happen again. The importance of the offering of these cars cannot be underestimated either within the automotive or within the art, sculpture and design world.”

David Galperin, Head of Sotheby’s Contemporary Art Evening Auctions in New York, commented: “Following the success of the Michael Schumacher Ferrari F1 race car in our November 2017 evening sale, we are thrilled to again present an exceptional example of automotive design in our Contemporary Art auction. Designed and executed in the early 1950s, the Alfa Romeo B.A.T. automobiles represent the great creative ingenuity that marks post-war Italy and the European avant-garde at this period in history. Presented in the context of our Contemporary Art Evening Sale, alongside works by titans of post-war Italian art and design such as Lucio Fontana and Carlo Mollino, the sheer radicality, sculptural brilliance, and unique artistic vision of these automotive icons will be ever more magnified.”

Interestingly, the three B.A.T.s were never shown together as a triptych in period, and the cars were sold off following their respective show circuit runs. In fact, the cars were not united until the 1989 Pebble Beach Concours d’Elegance, sharing the spotlight with none other than Nuccio Bertone, the man who oversaw their commission and construction. Shortly after this, the current owner individually acquired each car and the trio has been restored, maintained and kept as a group ever since. They have only ever made very occasional public appearances over the past 30 years and the cars are undoubtedly one of the most important single collections of vehicles in existence. It is therefore fitting that the cars are being sold as a single lot and befitting their unquestionable status as design icons and possibly the best example of ‘cars as works of art’, the cars will be offered by Sotheby’s at its New York Contemporary Art Evening Sale on 28th October with a pre-sale estimate of $14,000,000 to $20,000,0000.