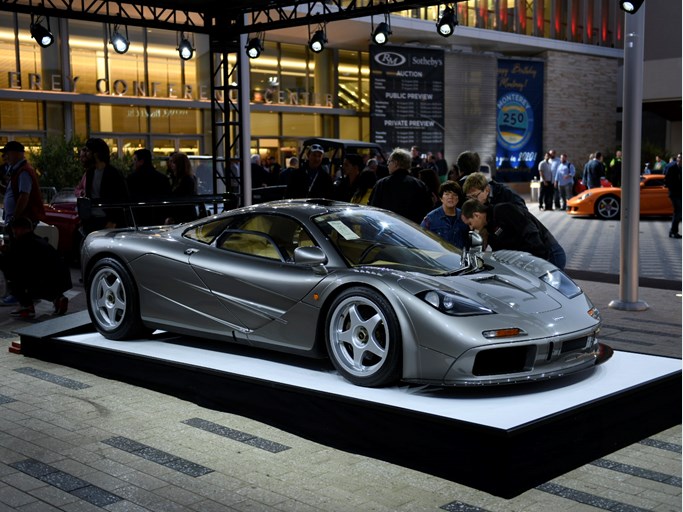 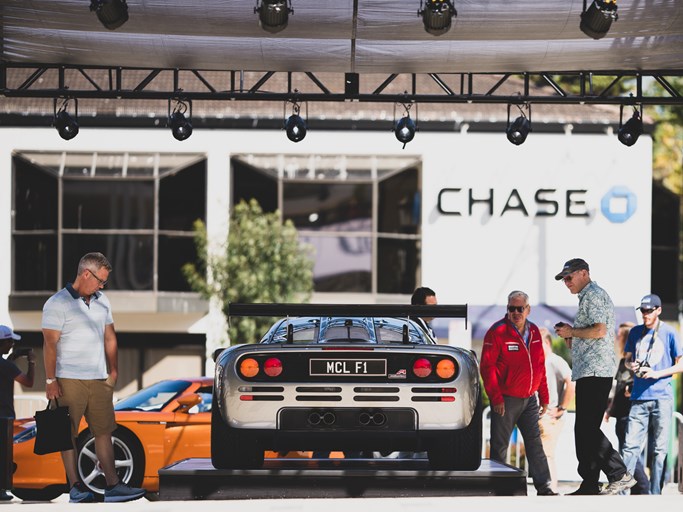 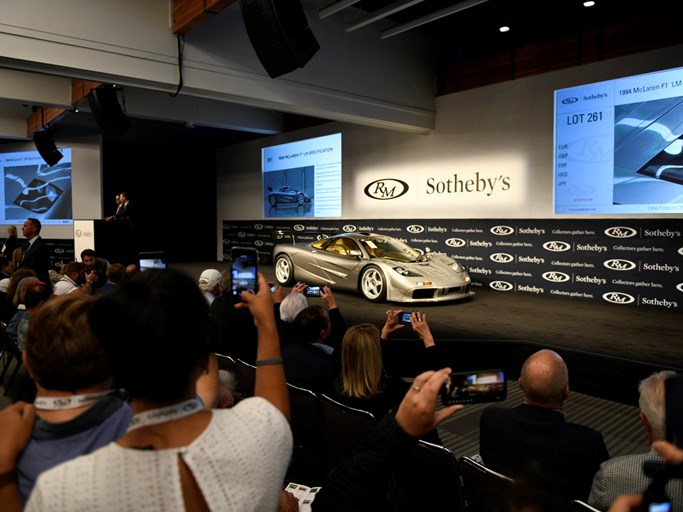 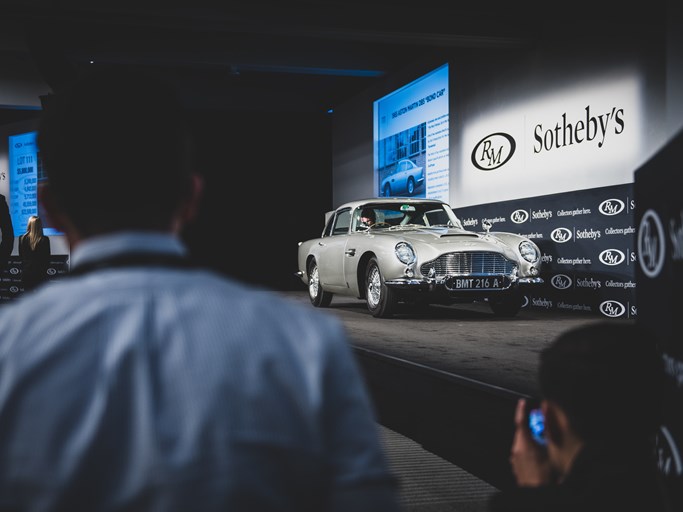 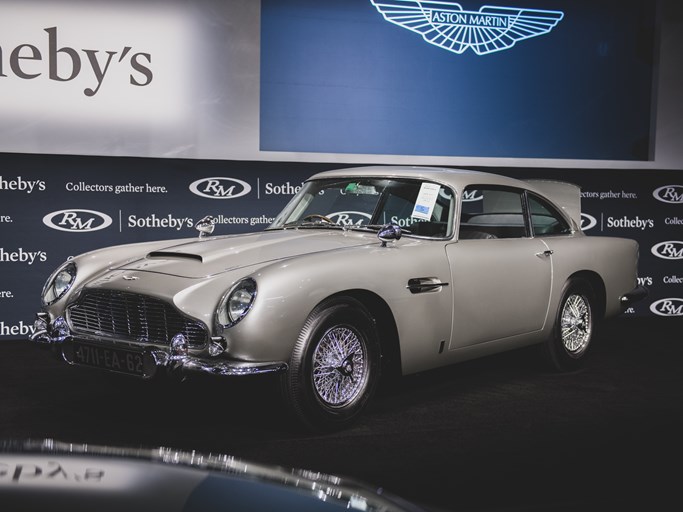 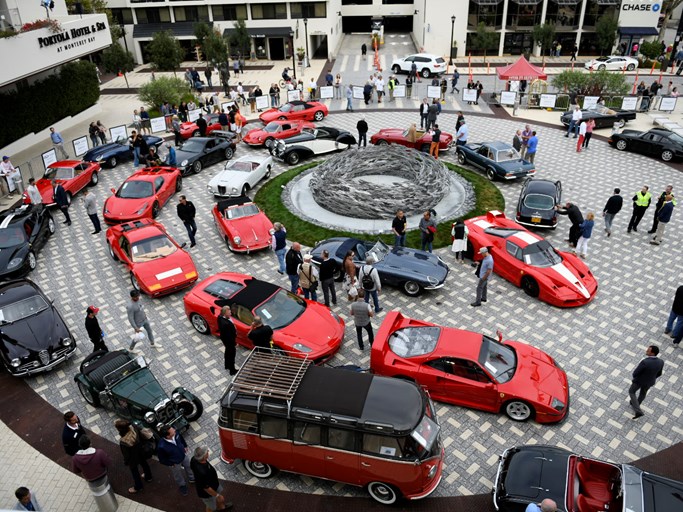 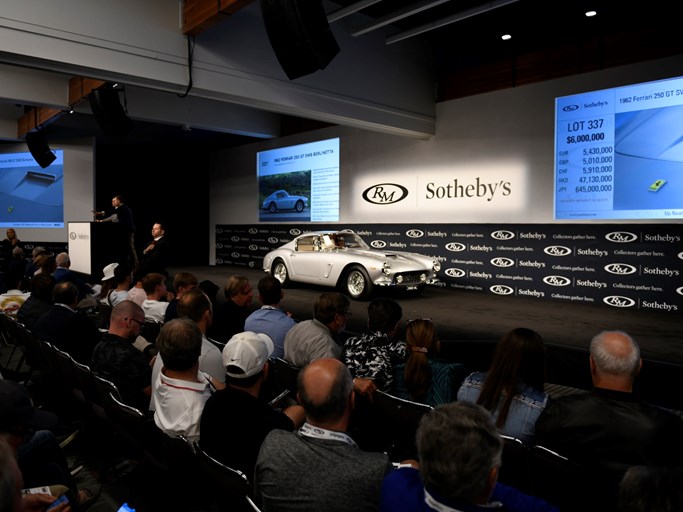 MONTEREY, California (19 August 2019) – RM Sotheby’s led another Monterey Car Week this past weekend, reporting more than $107 million in total sales across the company’s three-night auction in Monterey, California (15-17 August), with 74 percent of all lots finding new homes. The Monterey sale exhibition saw fantastic attendance, with the collector car hobby descending on the Monterey Conference Center, translating to high bidder turnout during the sale, with representation from no less than 43 countries.

Despite shifting market conditions observed throughout the Monterey Peninsula this year, RM Sotheby’s saw several stand-out prices achieved for exceptional collector cars over the course of the three-day Monterey sale, including new world records set each night. RM Sotheby’s top lot of the auction, and the most valuable car sold during 2019 Monterey Car Week, was the highly anticipated 1994 McLaren F1 “LM-Specification”, the world’s most revered modern supercar, which sold for a final $19,805,000, setting a new auction record for the marque on Friday evening. With the crowd on their feet as the car drove onto the auction podium, four bidders vied for four-and-a-half-minutes before the car sold to a private collector based in the United States.

The world’s fastest naturally aspirated production car, serial no. 018 is one of just two McLaren F1 examples upgraded to Le Mans specification by the factory, equipped with the GTR engine and an extra high-downforce package that went above and beyond the coachwork effects of the original five LM cars. Used on a handful of tours and rallies, the fastidiously-cared-for McLaren was offered at RM Sotheby’s Monterey auction in exceptional condition, showing just 21,500 km; the best imaginable iteration of an already perfect machine.

Another record-setting moment came when a pop culture icon and “the most famous car in the world,” a 1965 James Bond Aston Martin DB5, sold for a final $6,385,000 (est. $4m/6m) during ‘An Evening with Aston Martin,’ hosted in partnership with Aston Martin Works and Aston Martin Lagonda on a special Thursday evening sale. The DB5, chassis no. DB5/2008/R, is one of just three surviving James Bond 007 DB5 examples outfitted with the legendary MI6 Q Branch specified gadgetry from new as seen in Goldfinger and as used in the promotion of Thunderball. Recently fully restored by Roos Engineering in Switzerland, with all gadgetry fully functioning as Q intended, the DB5 drew significant attention in the lead up to the Monterey auction and during the pre-sale exhibition. The Bond car was the subject of a four-and-a-half-minute bidding competition between interested parties in the room and on the phone, eventually selling to an enthusiastic bidder present in the sale room to become the most valuable DB5 sold at auction.

On Saturday night, it was Ferraris that took top billing. Highlights were led by the late-production, matching numbers, Classiche-certified 1962 Ferrari 250 GT SWB Berlinetta, which was offered without reserve and achieved a final $8,145,000 (est. $8m/10m. Bidding on the stunningly restored Ferrari was spirited throughout the lot as it opened at $5,000,000 and proceeded to reach its hammer price in a few short minutes with bids originating from the room and on the telephone.

Modern Ferraris were also in high demand on Saturday night, with the Ming Collection, an exceptional group of seven all-red, incredibly low-mileage Ferrari performance and supercars bringing strong prices across the group, with nearly all lots reaching or exceeding high estimate. The Ming Collection was led by the sale of a rare 2006 Ferrari FXX in “time capsule” condition at a final $3,525,000 to set a new world record for the model at auction (est. $2.85m/3.25m). There was spirited bidding across all cars offered out of the Collection and it was certainly a strong indicator of the continued demand for modern performance cars in virtually “as-new” condition. The beautifully preserved 1995 Ferrari F50 on offer in Monterey was also sold immediately following the auction for a final $3,000,000.

“We were delighted to see an increased number of registered bidders with over 1,400 at this year’s Monterey auction. However, it appears the macroeconomic concerns and headlines in the financial markets earlier in the week were correlated with the observed softening of the collector car market in Monterey this weekend – including total sales, sell-through rates, and average prices achieved compared to last year across all auction houses. The team at RM Sotheby’s was proud to present an exceptional lineup of cars, and some of the truly rare and desirable examples remained in high demand as evidenced by spirited bidding, often reaching record prices. We remain cautiously optimistic about the strength of the collector car market and plan to work diligently with our global clients to effectively navigate the market as it finds balance.”

“While there was an undertone of measured restraint throughout all the auctions over the weekend, it was encouraging to see record-breaking results for many of the highlight consignments as well as for outstanding collectable, lower value examples in the auction. In particular, seeing the as-new Ming Collection sell with such broad enthusiasm and pre-auction interest, continues to show that client demand for near-perfect late-model examples remains as strong as ever. Coupled with equally impressive results for historically significant cars such as the Ford GT40 Roadster Prototype, the James Bond Aston Martin DB5, and the Ferrari 250 GT SWB, we are confident that as long as the passion for collector cars remains, the market will continue to support it with price-reflective transactions.”

Additional highlights witnessed by a packed auction room over the course of the three-night sale include: the rare 1965 Aston Martin DB5 Shooting Brake, which garnered extensive pre-sale interest to sell for a final $1,765,000, exceeding estimate (est. $1m/1.4m) and becoming the most valuable Shooting Brake bodied-car of any marque sold at auction; the 1965 Ford GT40 Roadster Prototype, influential in the development of Detroit’s first and legendary purpose-built prototype-class race car, which sold for $7,650,000 (est. $7m/9m); a unique 2005 Porsche Carrera GT finished in paint-to-sample Arancio Boreallis, which sold for a final $1,193,000 to set a new auction record for the model; an exceptionally rare and thoroughly original 1967 Porsche 911 S ‘Rallye’ which awed the crowded room as a sustained bidding competition brought it to a final $912,500, nearly tripling high estimate (est. $250k/325k); and a diminutive and cheerful 1967 Ferves Ranger, one of a believed 50 remaining, stole hearts as it climbed to a final $196,000 (est. $30k/40k, offered without reserve).

Furthering the company’s efforts to give back to the city in which it has operated, and which has supported its growth for the last 40 years, RM Sotheby’s offered a Richard Mille RM11-03 watch, donated by the watchmaker himself with all proceeds to benefit the RM Children’s Treatment Center of Chatham-Kent Fund, a cause near and dear to the hearts of the entire RM Sotheby’s team. The watch sold for a final $216,000 on the third evening of sales to a generous bidder in the room (est. $125k/150k).

The RM Sotheby’s Group continues its calendar this month with the company’s annual Auburn Fall sale, a Labor Day weekend tradition featuring more than 700 collector cars at the historic Auburn Auction Park in Indiana (29 August – 1 September). September will see RM Sotheby’s on the road for two private collection sales, among them The Sáragga Collection, featuring more than 130 diverse cars from over 55 individual marques in Portugal, as well as The Taj Ma Garaj Collection, featuring the Porsches, Volkswagens, and automobilia of late collector, Mr. John Dixon, in Dayton, Ohio.

Full results from RM Sotheby’s Monterey sale as well as additional information on upcoming auctions are available at rmsothebys.com.