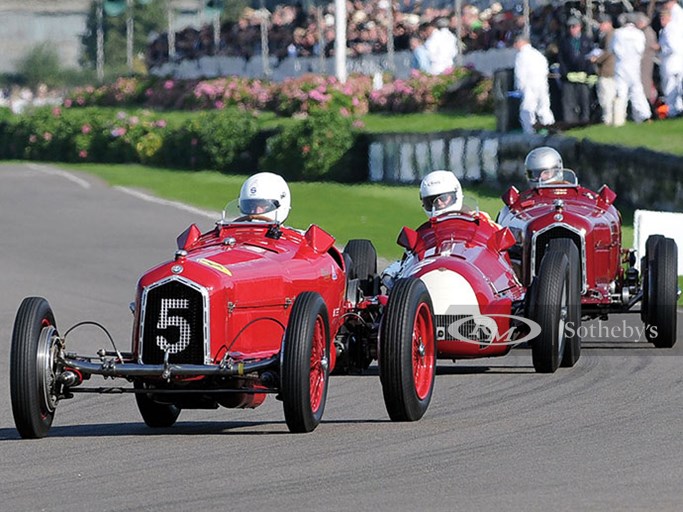 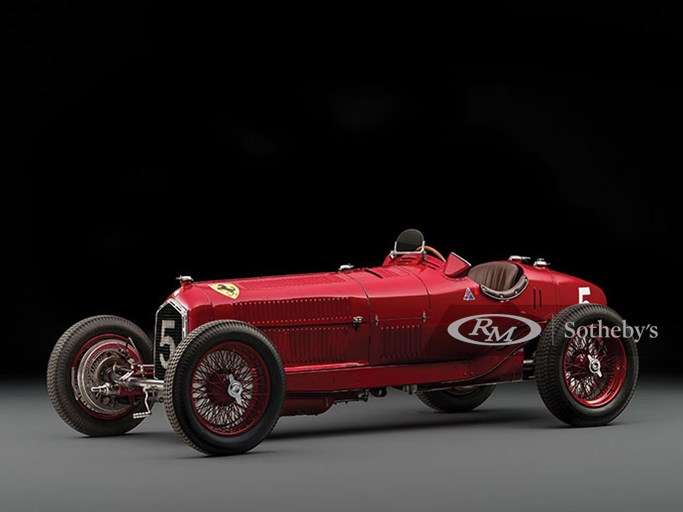 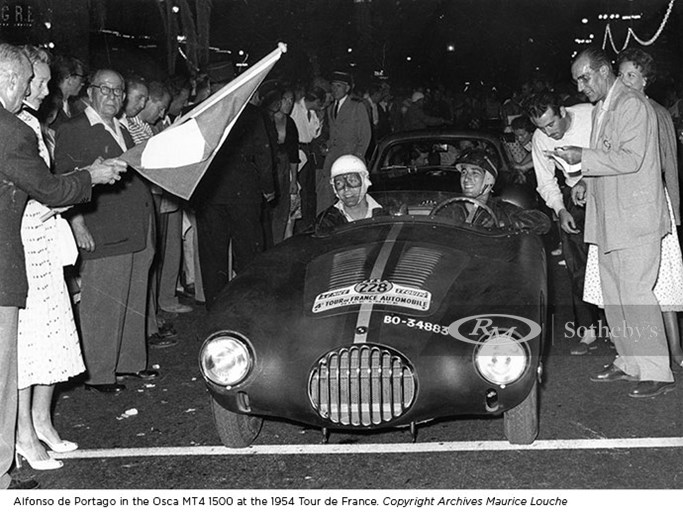 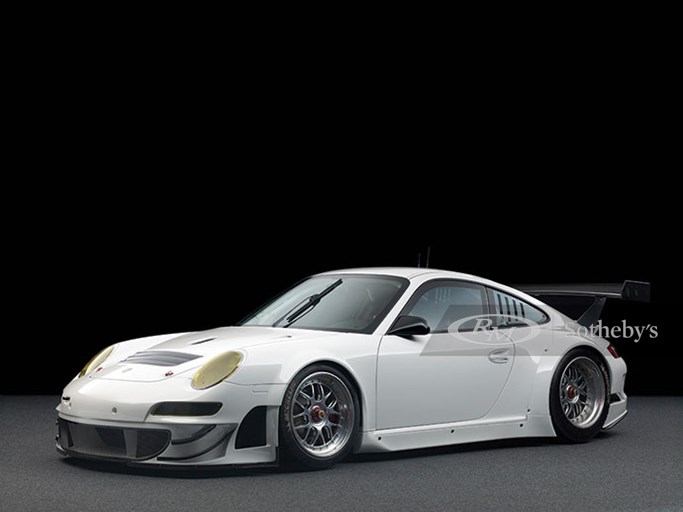 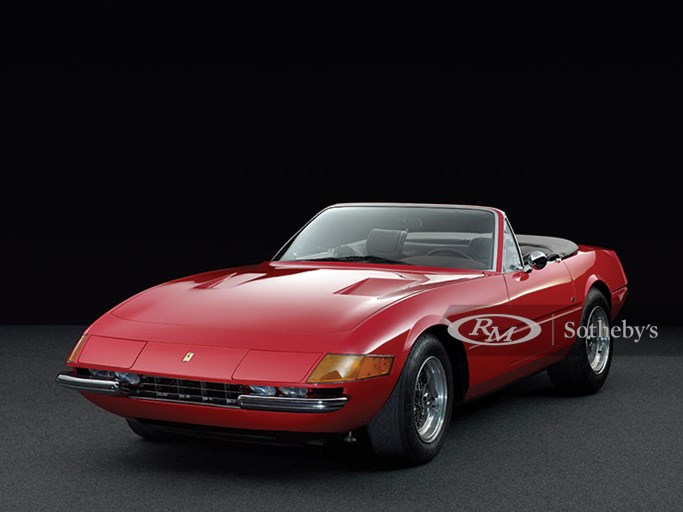 LONDON (18 November, 2016) – For the first time in over a decade, a 1934 Alfa Romeo Tipo B P3 will be offered for public sale, courtesy of RM Sotheby’s on 8 February, 2017. Headlining early entries for the company’s annual Paris sale, the P3 is regarded as one of the very best examples available, having been campaigned by Scuderia Ferrari in period and raced by some of the biggest names in motorsport. For racing enthusiasts, the February sale will showcase a wonderful series of competition cars from across the decades; additional early highlights include an Osca MT4 1500 along with a pair of modern racers, both of which boast Le Mans provenance.

The Alfa Romeo P3 racing cars are regarded as among the first of the highly-focused, narrow centre line ‘slipper’ bodied, open-wheeled Grand Prix cars, and were one of the first European designs to shun the ‘one plus one’ seating of previous Grand Prix cars designed to carry ride-in mechanics. The Tipo B P3 is one of Alfa Romeo’s most significant models, rated by many as the most beautiful and effective racing car of its era. Launched in 1931, it experienced instant success in Grand Prix competition, taking first place at Monza and a 1-2-3 in both the French and the German Grand Prix. Part-way through the season, Alfa Romeo fell bankrupt during the Great Depression, but the racing team was salvaged by Scuderia Ferrari, which took over the running of the cars, enjoying continued success in 1932.

The 1934 season regulations stated that the P3’s size and shape must be a maximum of 750kg and a minimum 33.5 inches wide, hence the Second Series Tipo B. Offered for sale at RM Sotheby’s Paris is a later series 1934 Alfa Romeo Tipo B P3, chassis no. 50006, the second of only nine Second Series cars made. Elevating its rarity, the featured example is one of just three IFS Dubonnet front axle and reversed-quarter-elliptic rear spring cars produced; a technical aspect of particular importance to the well-informed connoisseur. Presented in highly original condition, well-documented and benefitting from full FIA papers, 50006 certainly defines the word ‘historic’ and is estimated to bring between €3.600.000–€4.600.000 when it goes under the hammer in February.

Another highly competitive machine set for RM’s Paris sale is the ex-de Portago 1954 Osca MT4 1500, the first twin ignition 1500 built. Raced extensively on the Italian circuit by Formula 1 driver Giulio Cabianca in 1954, chassis no. 1142 was purchased for Alfonso de Portago just in time for him to race the Nurburgring Rhineland Cup and Tour de France. Currently sporting its famous 'Scuderia Espagna' livery worn during the Carrera Panamericana, it would be a welcome sight on any historic track (Est. €975.000– €1.175.000).

Peter Wallman, Managing Director of RM Sotheby’s Europe, says: “Headlining the sale with a P3 Alfa is a real honour. Evocative of the golden era of pre-war racing,with the likes of Nuvolari, the Flying Mantovan wrestling the wheel, the Scuderia Ferrari shields adorning the bonnet are an instant reminder of Enzo Ferrari’s early racing exploits. In addition to the P3, we are delighted to present the ex-Mille Miglia, ex-Targa Florio, ex-de Portago Osca MT4 1500 – the perfect entrant for future Mille Miglias and many other great historic events. That we are also consigning so many other special and rare cars to Paris is a strong indication of the continued confidence in the market and in the auction process, in particular.”

Additional highlights with race-pedigree set for the Paris grid include a 2008 Ferrari 430 GTC (Est. €275.000–€375.000) and a 2010 Porsche 911 RSR (Est. €185.000–€250.000), both of which have successfully competed in the 24 Heures du Mans among other events. Purchased by the vendor directly from the factory and campaigned as works cars with the outfit BMS Scuderia Italia, both vehicles have remained with the team from new. With many cars crashed or sold off, the opportunity to acquire one directly from the works outfit is indeed rare, setting the scene for a very exciting auction in Paris.

Beyond the racing theme, RM’s Paris sale will also feature an exceptional 1973 Ferrari 365 GTB/4 Daytona Spider, chassis no. 16801. Combining a potent, four camshaft, V12-powered engine with stylish, open-top motoring, the featured Daytona is a matching-numbers example benefitting from a professional restoration by Rich Mullin at the official Ferrari Workshop (Est. €1.700.000– €2.200.000).

Coinciding with the world-famous Rétromobile week (8-12 February, 2017), RM Sotheby’s Paris auction will be held at Place Vauban immediately after the Festival Automobile International which runs through 5 February. This exciting event features a stunning display of beautiful concept cars and pays tribute to car designers from around the world. For further information on Festival Automobile International, please visit www.festivalautomobile.com.