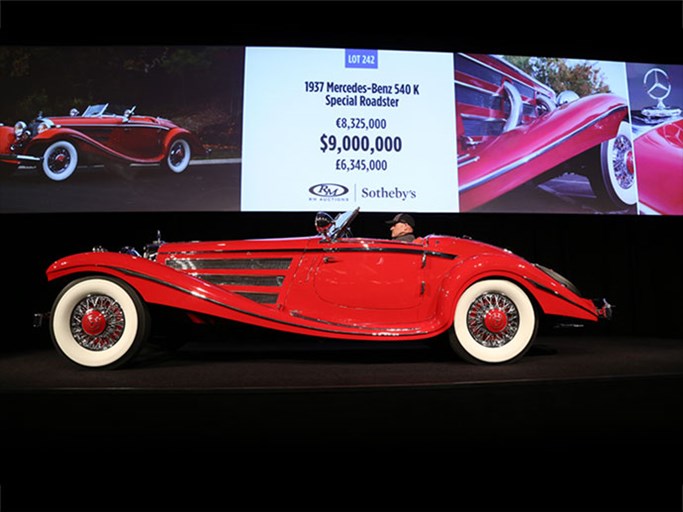 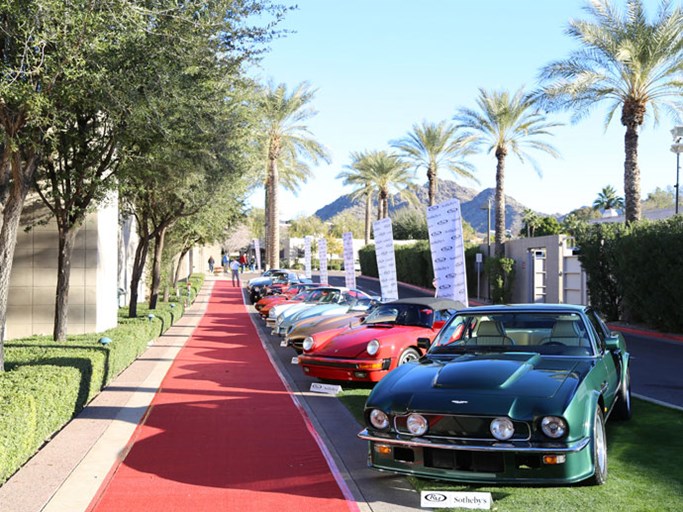 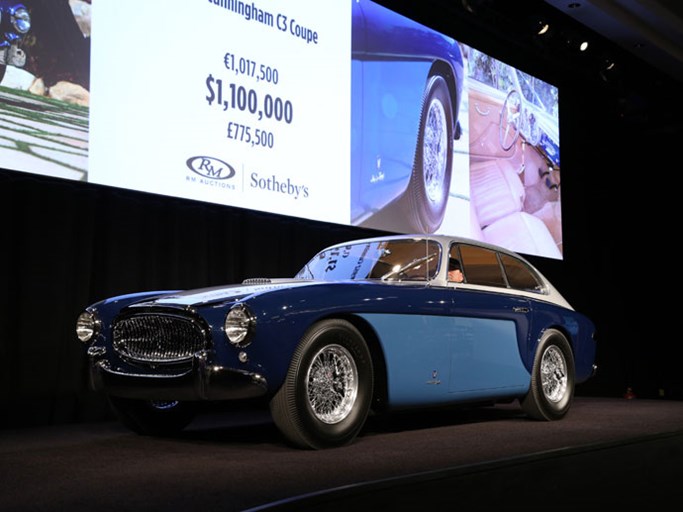 PHOENIX, Arizona (January 30, 2016) –  RM Sotheby’s, the world’s largest collector car auction house for investment-quality automobiles, kicked off its 2016 season this week with an impressive $62.8 million* in sales at its 17th annual Arizona Biltmore auction in Phoenix.  Attracting bidders from 20 countries, the two-day sale presented 149 blue-chip automobiles before a packed sales room, with 85 percent of all lots sold.

The undisputed star of the event—and this year’s Arizona auction week—was a 1937 Mercedes-Benz 540 K Special Roadster, chassis no. 130894, which crossed the stage during Friday’s sale session.  An original U.S.-delivery car with known history from new, the highly desirable “high door”, “longtail”, factory left-hand-drive Special Roadster was offered fresh to the market, following 26 years in single ownership. Bidding on the stunning automobile opened at $5 million before quickly climbing to a final $9,900,000. The impressive price ranks the vehicle as the most valuable automobile sold in Arizona auction week history, breaking the previous record set by RM in 2015. The strong result also ranks the Special Roadster as one of the most valuable pre-war automobiles ever sold at auction.

The 540 K led a string of 17 individual million-dollar-plus sales and various new auction benchmarks at this year’s RM sale. Among notable record-setting lots, a 1952 Cunningham C3 Coupe, the only Vignale-bodied C3 actively raced in period, sold for an above-estimate $1,210,000 to set a new auction record for the model. Also entering the history books was a 1939 Jaguar SS 100 2 ½ -Litre Roadster, offered from long-term ownership, which established a new record for a Jaguar SS 100 sold at auction at $1,402,500.

“We are thrilled with the sales result from this week’s Arizona auction. Though we did not witness significant price increases, we were very encouraged to see the strong sell-through rate, which indicates continued interest in the hobby,” says Ian Kelleher, Managing Director, RM Sotheby’s West Coast Division. “The auction was anchored by several notable world records, with numerous lots attracting highly competitive bidding from an enthused audience. There remains a healthy appetite for high-quality, fresh-to-market consignments, and with this week’s results on par with the strong success of last year’s Arizona sale, we expect continued interest, attendance and participation at our upcoming events.”

Perennial crowd favorites, a trio of Shelbys also thrilled collectors at this week’s RM Arizona event. Leading the charge, a 1965 Shelby 427 Competition Cobra, the only 427 Cobra to win championships in two countries, powered to a final $2,255,000 on Thursday, while an original 1964 Shelby 289 Cobra commanded a final $1,072,500 on Friday. Rounding out the group, a 1963 Shelby 289 Cobra ‘Dragonsnake’—the winningest Dragonsnake—was driven onto stage by Bruce Larson, the driver behind much of its success, before selling for a final $990,000.

From the Arizona desert to the City of Light, the RM Sotheby’s team heads directly to Paris for its annual sale during the world-famous Retromobile week, February 3. Held at Place Vauban in the city’s center, the Paris auction will lift the gavel on 61 of the world’s finest motor cars from both pre- and post-war periods. The complete digital Paris catalogue is available here: http://bit.ly/1RcBVSX.