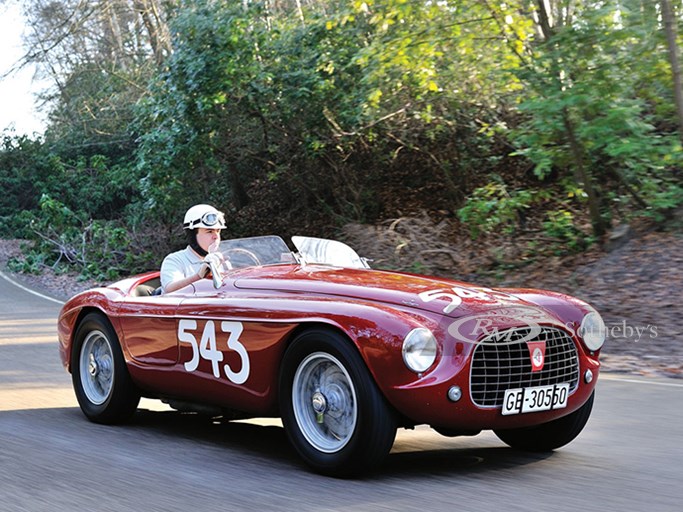 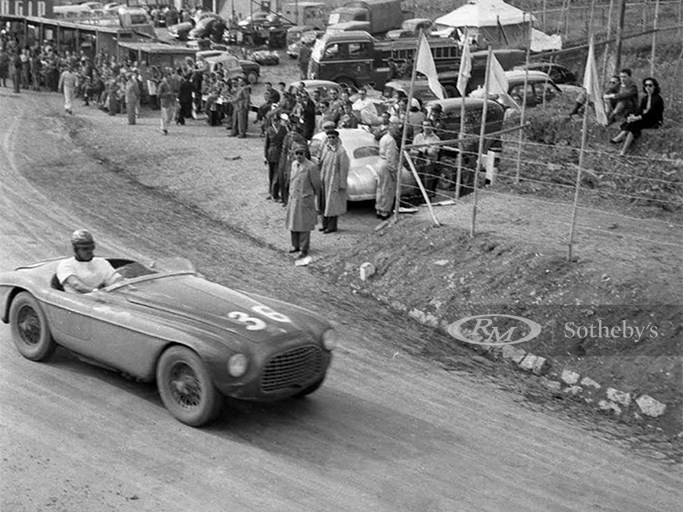 PARIS (4 February, 2015) – RM Auctions, the official auction house of the Concorso d’Eleganza Villa d’Este, is proud to announce the historic, matching numbers 1952 Ferrari 212 Export Barchetta, chassis no. 0158 ED, as a feature attraction for its exclusive Villa Erba sale, returning to Italy, May 23.

A significant early racing Ferrari, 0158 ED was the final Touring-bodied, race-ready “Export” model built by the Ferrari factory. Fitted with a potent Tipo 212 V-12 engine, it spent its formative years in Italy, where it was campaigned extensively through 1956, enjoying numerous podium finishes. Among some of its various high-profile appearances, 0158 ED enjoyed back-to-back runs in the famed Targa Florio in 1952 and 1953 and was an entrant in the 1956 Mille Miglia. Significantly, the car’s success was not limited to just the track. After its retirement from the racing circuit, 0158 ED went onto prove itself capable of winning awards at some of the world’s most competitive concours events, including the Pebble Beach Concours d’Elegance, where it has appeared on five separate occasions, claiming a Second Place award in 1966 and again in 1973, and later winning the Hans Tanner Trophy in 1974. It has also held its own at various historic racing events and rallies, including the Monterey Historics and Colorado Grand.  Resplendent in the same livery it wore for the 1956 Mille Miglia, 0158 ED is offered fresh to the market at RM’s forthcoming Villa Erba sale where it is expected to garner in excess of €5 million. For interested collectors, the car can be previewed at this week’s Retromobile show in Paris (RM exhibit: Hall 1, Stand 27). A full description detailing 0158 ED’s history, including complete race record, is available for viewing here: http://bit.ly/1zxAiUS.

“While many early Ferraris were campaigned hard by their first owners, few emerged largely unscathed from the rigors of competition. 0158 ED is one such example. Matching numbers, it is a proven contender both on and off the track,” says Max Girardo, Managing Director, RM Auctions – Europe. “We’re thrilled to have been entrusted with this very special 212 Export at our Villa Erba sale.  Arguably one of the finest of its kind, it is a fantastic dual-purpose Ferrari, ready for use at concours events, rallies and historic racing worldwide. This includes eligibility for such well-known, historic European events as the Tour Auto, Monaco Historic Grand Prix, Le Mans Classic, Goodwood and of course, the Mille Miglia.”

Held on the shores of Lake Como, Italy every two years since 2011, RM’s boutique Villa Erba sale is a featured highlight of the Concorso d’Eleganza Villa d’Este weekend. In 2013, the RM sale generated an outstanding €27 million just two hours of furious bidding. This year’s auction is set to continue the momentum, lifting the hammer on a carefully curated selection of 40 blue-chip automobiles.

For further information, to view a frequently updated list of entries, or to discuss limited consignment opportunities for RM’s sale during the Concorso d’Eleganza Villa d’Este, please call +44 (0) 20 7851 7070 or visit www.rmauctions.com.