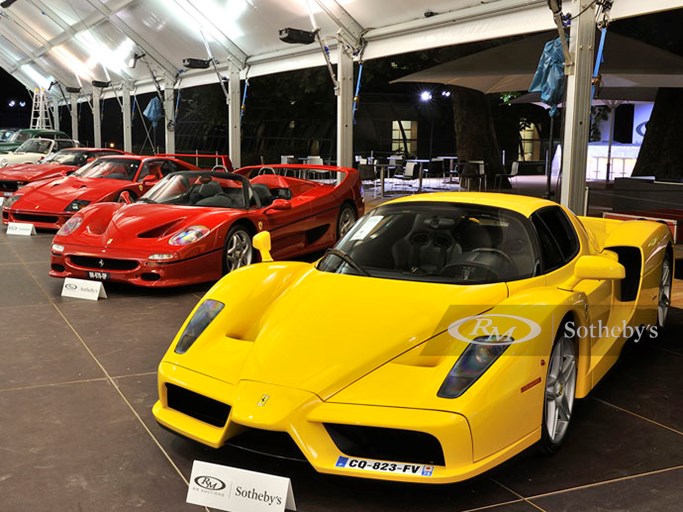 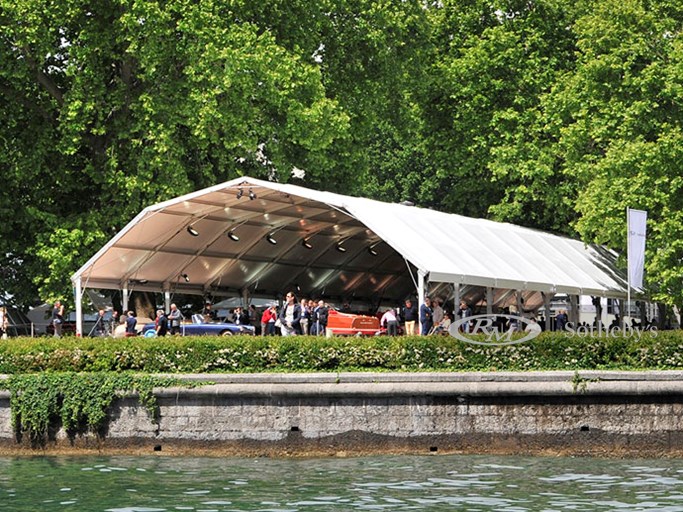 The first European auction held by RM since it announced its strategic partnership with Sotheby’s in February, the auction captured the attention of the global collector community with bidders hailing from 26 countries, including Russia, the United Arab Emirates, and Hong Kong; 27 percent of bidders represented first time clientele.

“We had another incredible collection of cars on offer at Villa Erba. It’s always a stylish and well-attended sale; the setting, the atmosphere and the quality of vehicles we consistently consign to this auction make it a clear highlight of the European auction calendar,” says Max Girardo, Managing Director RM Sotheby’s Europe. “From the auction preview through until the end of the sale, the energy was fantastic and translated into some great prices. It’s a great honour being the official auction house of the Concorso d’Eleganza Villa d’Este.”

Proving that cars with exceptional history and unquestionable provenance continue to lead the market, top sales honors went to a historic 1952 Ferrari 212 Export Barchetta, chassis 0158ED. A spectacular early racing Ferrari, bidding on the Touring-bodied Barchetta opened at €3 million before quickly climbing to an impressive final €6,720,000, smashing the previous auction record for the model. It led a string of 10 individual million-euro-plus sales recorded during the course of the evening, each celebrated with a round of enthusiastic applause from the audience.

Girardo adds, “The Ferrari 212 Export embodies the kind of quality we aim to bring to our sales and its world record-breaking price demonstrates the enduring strength of the auction market.”

The sale also underlined the continuing rise of the ‘modern era’ supercars with an incredible ‘full house’ of ultimate Ferraris selling very strongly and each achieving seven figures. It is rare to be able to offer all the classic Ferrari hypercars in one auction, so the collection garnered significant interest and highly spirited bidding. Highlighting the group was a 1985 Ferrari 288 GTO, the spiritual successor to the 250 GTO, which sold for an exceptional €1,904,000, while the 1991 F40, one of the most celebrated high-performance supercars ever built, sold for €1,008,000. The group also included a 1996 F50 for €1,232,000 and a 2002 Enzo for €1,260,000. Proving that it’s not just Ferraris that collectors queue up to buy, the car which many regard as the world’s first true ‘supercar’, the 1971 Lamborghini Miura P400 S, also attracted significant interest, garnering a strong €1,019,200.

Among other notable sales:

·        the generously donated BMW K1 motorcycle, which sold with 100 percent of all proceeds benefiting Caritas International in support of earthquake relief in Nepal, found a new home for €10,530, at least double its market value.

RM Sotheby’s continues its European auction calendar, 7 September in central London. The official auction partner of the Royal Concours of Elegance, the London sale will lift the gavel on approximately 75 blue-chip collectibles at Battersea Evolution.

*Results are listed in Euros and are inclusive of 12 percent buyer’s premium for automobiles, and 17 percent for all other lots.

About RM Sotheby’s
RM Sotheby’s (formerly RM Auctions) is the world's largest auction house for investment-quality automobiles. With 35 years’ experience in the collector car industry, RM's vertically integrated range of services, from private treaty sales and auctions to estate planning, and financial services, coupled with an expert team of car specialists and an international footprint, provide an unsurpassed level of service to the global collector car market. RM proudly holds four of the top ten all-time records for the most valuable motor cars sold at auction.  In February 2015, RM formed a strategic partnership with Sotheby’s, uniting the two companies for the full calendar of future automobile auctions. For further information, visit www.rmauctions.com.