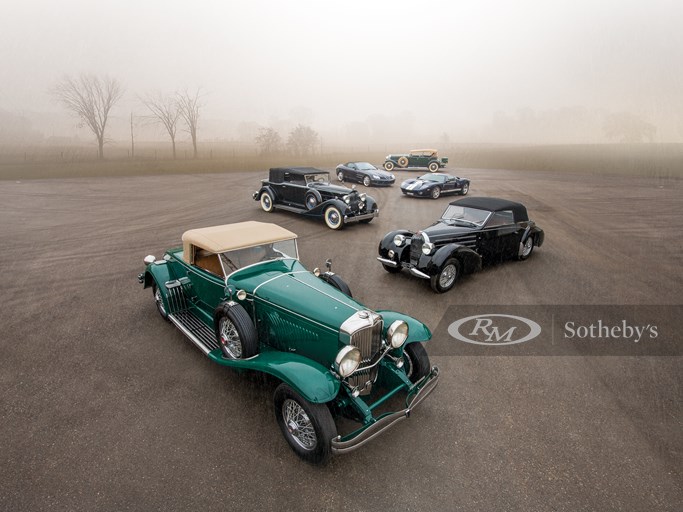 The Collection of Keith Crain 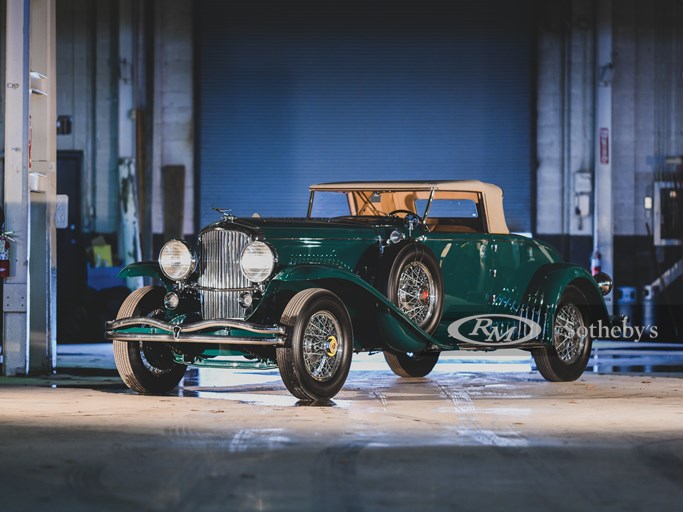 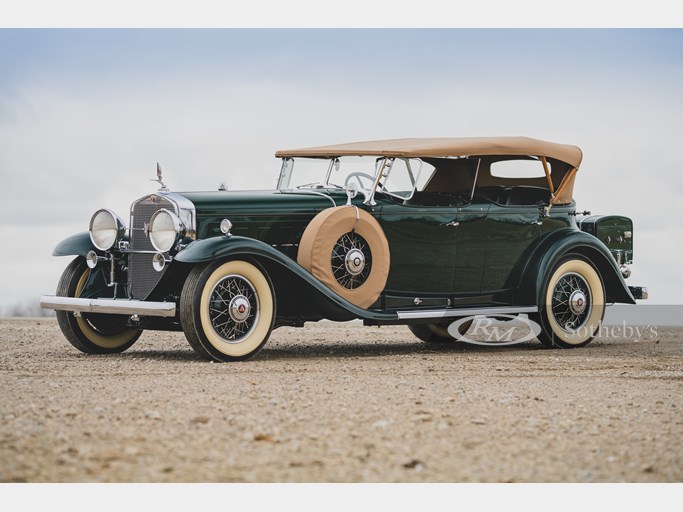 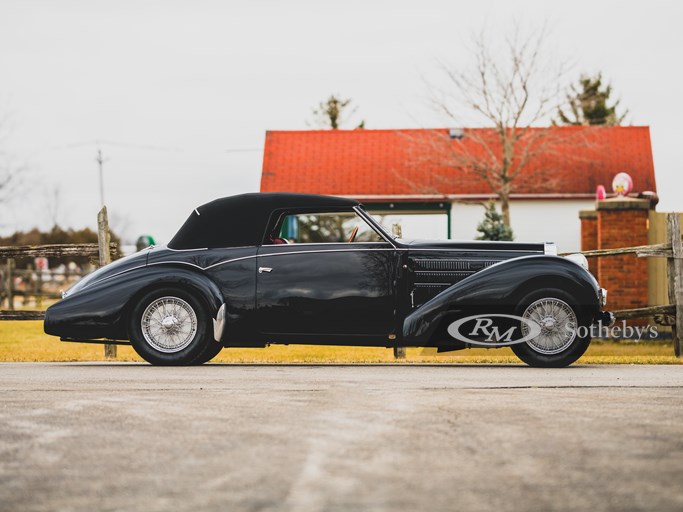 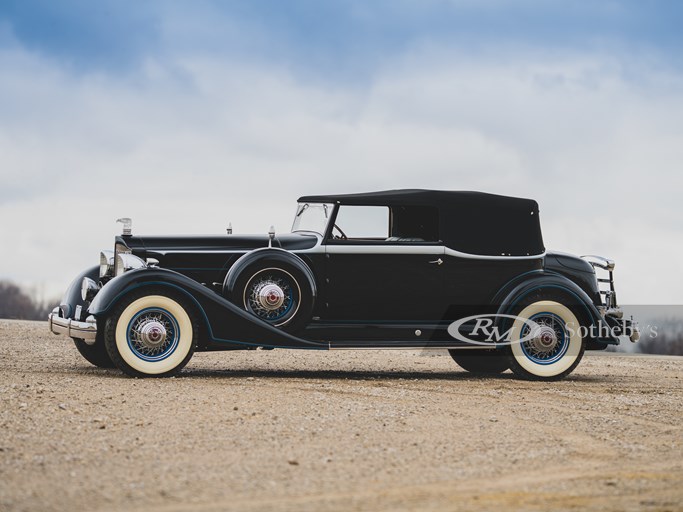 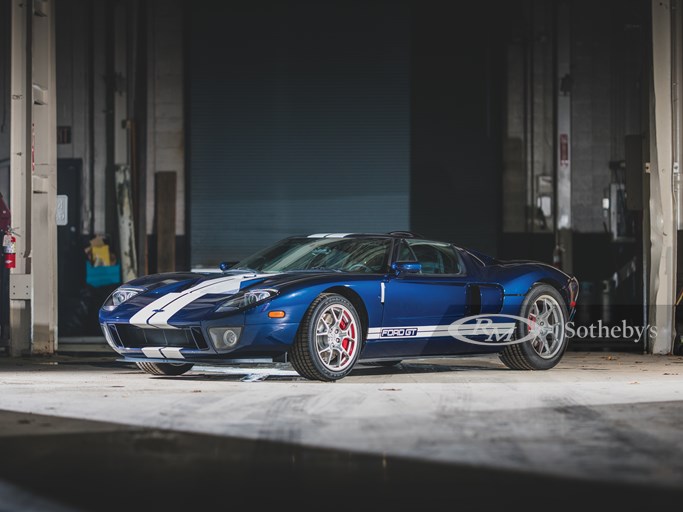 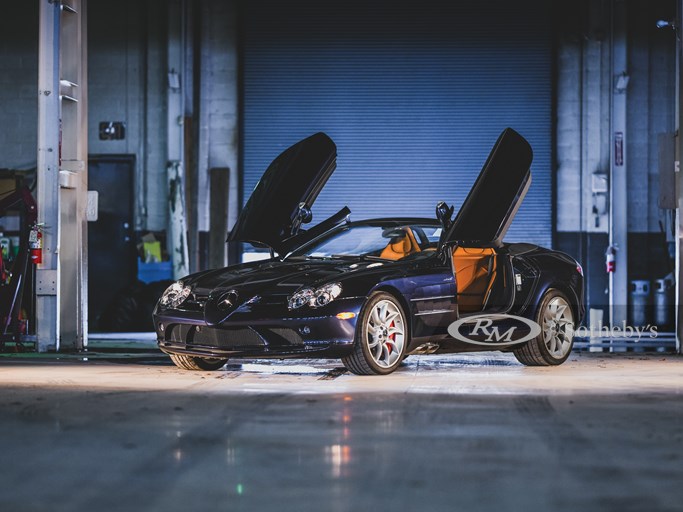 A major figure within the automotive publishing industry and a seasoned collector, Mr. Crain has amassed a large private collection of various motor cars from Full Classics and 1950s cruisers to modern street rods and supercars. Leading the six-car group set for Amelia Island is an exceptional 1932 Duesenberg Model J Convertible Coupe by Murphy, a car whose history begins in gangland and ends among the great collectors of the last half-century. One of approximately 25 Murphy convertible coupes built with a conventional folding top, the Model J, engine no. J-143, was sold new to Jake “The Barber” Factor of California, a Prohibition-era gangster and con artist affiliated with the Chicago Outfit.

After a few months with “The Barber”, the Model J changed hands several times before landing with legendary restorer Joe “The Duesenberg Doctor” Kaufmann. J-143 went on to become the crown jewel of the Ben Caskey Collection and later, the S. Ray Miller Museum for two decades. Acquired by Mr. Crain in 2004, the Model J has only been occasionally shown, winning 2nd in Class at the Pebble Beach Concours d’Elegance in 2006 and appearing at the Concours d’Elegance of America in 2014 and 2017, receiving a Lion Award in the latter. Today, it wears a beautiful, older award-winning restoration, fitted with its original coachwork and presented in highly attractive colors (Est. $1,400,000 - $1,800,000, Without reserve).

Following the successful sale of a similar model at RM Sotheby’s recent Arizona auction, the auction house brings another exceptional 1930 Cadillac V-16 Sport Phaeton by Fleetwood to Amelia Island. Another standout car from the Keith Crain Collection, the CCCA Full Classic Sport Phaeton is one of just 85 sport phaetons built in 1930 and 1931. The Sport Phaeton’s third owner was Joseph Runyan, who purchased the car for just $25 in 1952 and set about restoring it, complete with a hand-rubbed paint job applied in his backyard, the result of which won numerous prizes in West Coast competition. The Cadillac went on to join the famed Otis Chandler Collection, where it remained until 2006. During that time, it underwent a careful, CCCA award-winning restoration, and was later invited to the Pebble Beach Concours d’Elegance, winning Third in Class. Acquired by Mr. Crain in 2006, the V-16 presents wonderfully in Bottle Green and is eligible for various prestigious concours events (Est. $850,000 - $1,000,000, Without reserve).

Joining the Cadillac is a highly desirable, late-production 1939 Bugatti Type 57C Stelvio by Gangloff. One of the very last early Bugattis built ahead of the outbreak of World War II, the supercharged Type 57C spent much of its early life in French ownership before landing in the United States in 1959. With Mr. Crain, the car underwent a complete, concours restoration in 2006 and today presents beautifully in elegant black with rich red upholstery (Est. $800,000 - $950,000, Without reserve). A 1934 Packard Twelve Convertible Victoria also stands out in the lineup, having been acquired by Mr. Crain over a decade ago from the renowned and highly selective John McMullen Collection. One of fewer than ten examples extant, the Packard achieved many prestigious awards over its lifetime including Pebble Beach and Amelia Island Best in Class as well as Classic Car Club of America Senior First Prize. It is among the very finest and most frequently honored restored examples (Est. $350,000 - $400,000, Without reserve).

“Keith Crain has been a valued client and friend of RM Sotheby’s for more than 30 years,” says Gord Duff, Global Head of Auctions, RM Sotheby’s. “He has an incredible collection of cars, particularly classics, and the four that he will offer with us in Amelia Island are all important examples, coming from previous ownership in some of the most renowned collections in the hobby and presented from a great home today. Though they all wear older restorations, Mr. Crain has meticulously cared for the cars and they all remain in concours condition today.”

Additional cars from the Keith Crain Collection include a pair of modern performance cars he has owned from new. A four-option, Midnight Blue 2005 Ford GT has been pampered all its life and remains in pristine condition, driven a mere 415 miles (Est. $275,000 - $325,000, Without reserve). A 2009 Mercedes-Benz SLR McLaren Roadster wears an outstanding original color combination of Crystal Digenite Blue Metallic over Sand leather interior and has seen less than 260 miles from new (Est. $300,000 - $375,000, Without reserve).