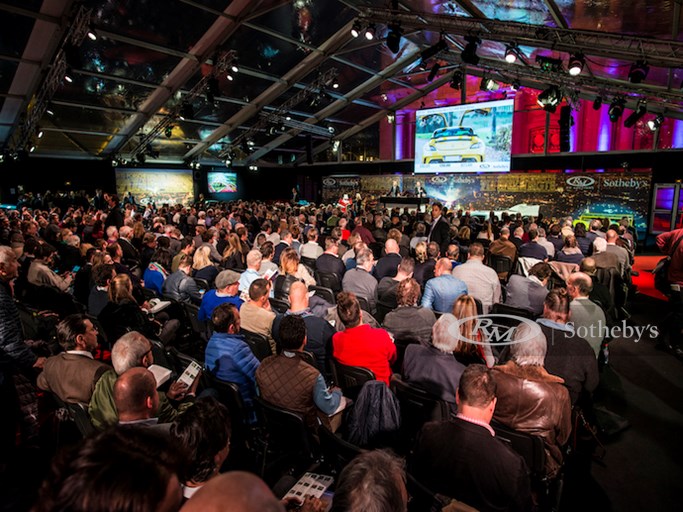 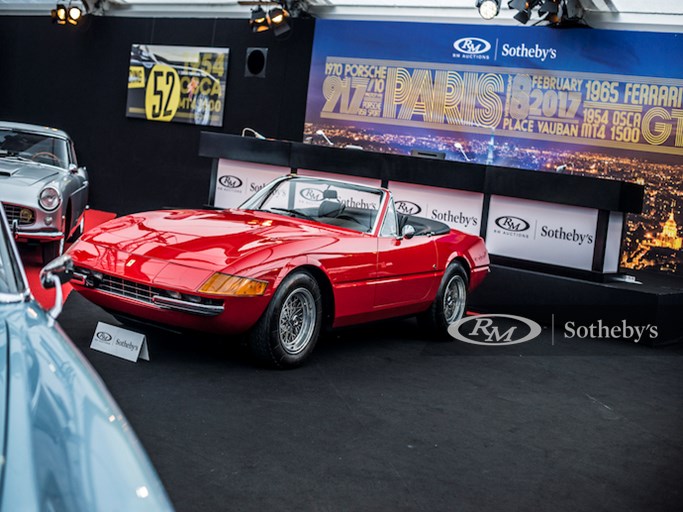 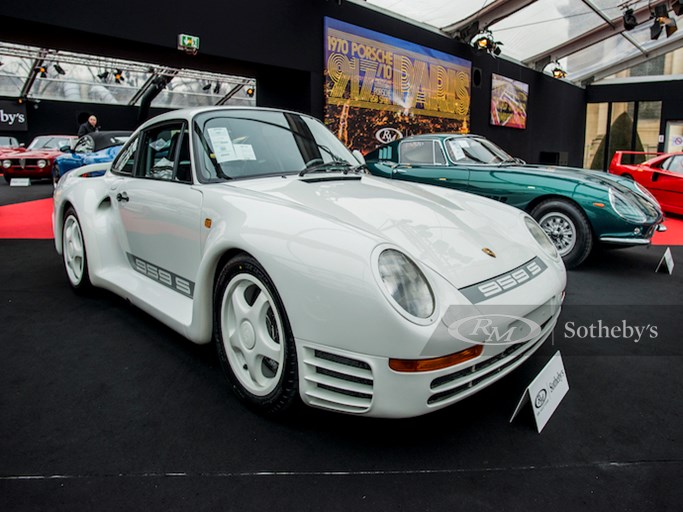 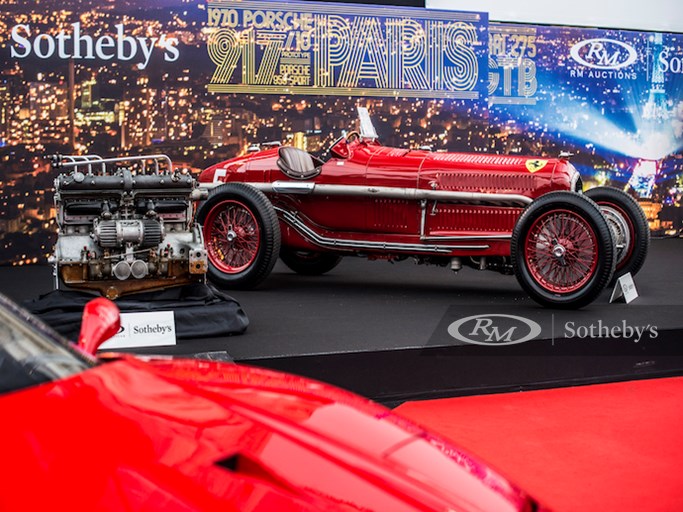 PARIS (9 February, 2017) – RM Sotheby’s, the world’s largest auction house for investment quality automobiles, has enjoyed a spectacular night in Paris in which the company achieved a gross sale total of €27,576,400 ($29,451,595 USD)* – the best ever result for its Rétromobile week sale.

The star lot of the night was the beautiful 1934 Alfa Romeo Tipo B P3, one of the most important and coveted of all pre-war Grand Prix cars. Campaigned by Scuderia Ferrari during the 1934 and 1935 seasons, it was driven by many of the most significant Grand Prix pilots of the era, including Nuvolari and Varzi. An important and iconic piece of motor sport history, the car fully deserved the €3,920,000 it achieved. The second biggest seller on the night was the 1973 Ferrari 365 GTB/4 Daytona Spider, a very rare car offered in outstanding condition with only 20,314 miles on the clock. The car attracted huge attention and brought €2,156,000.

In many respects the night might be most noted as a further demonstration of the continued demand for the best examples of modern-era Porsches. A headline attraction of the sale was a group of 13 Porsches offered from a private Swiss Collection and presented entirely ‘without reserve’. The highlight was a highly original, one-of-29 1988 Porsche 959 Sport, the pinnacle of Porsche performance and technology in the ‘80s. With just three owners and 11,281 miles from new, the 959 Sport achieved a world-record auction price of €1,960,000. Another remarkable Porsche result from within the collection was for the rare 1994 Porsche 911 Turbo S 3.6, which achieved a very significant result of €901,600. An additional selection of high quality Porsches from this private Swiss collection will be presented across various global RM sales in 2017, including the company’s well established Amelia Island, Monterey and London auctions. In total, 23 examples of the marque were sold in Paris, and among the numerous notable results outside the collection, the 1995 Porsche 911Turbo Cabriolet was a particular highlight, bringing a remarkable final figure of €1,344,000.

“The Paris sale has been important on a number of levels”, says Peter Wallman, Managing Director, RM Sotheby’s Europe . “More than anything, the results demonstrate that the European market remains incredibly strong, with the prices achieved providing a robust continuation of what we achieved in London last September and Milan in November. Collectors are looking for quality, and rarity remains the key driver to some of the most significant values. Clearly, Porsche is still the star marque in the ascendance, although the Alfa Romeo P3 reminds us that the true greats of the pre-war era still command much attention from serious collectors where pure beauty, heritage and provenance are the corner stones of desirability.”

Demonstrating that Aston Martin is still a marque very much in demand, and illustrating that strong prices for modern classics run beyond the Stuttgart marque, the sale featured two rare, Zagato-bodied cars which attracted significant interest. A 2012 Aston Martin V12 Zagato “No. Zero”, a one-of-a-kind car within just 65 cars constructed to celebrate the 50th anniversary of the legendary DB4GT Zagato, exceeded estimate and sold for €750,400. The 2003 DB7 Zagato, which represents the first collaboration between the Italian and English firms since the V8 Vantage Zagato of 1986, is the first of just 99 produced and made a very strong €392,000.

RM Sotheby’s presence in Paris continues through Sunday (12 February) with a display at the world-famous Rétromobile exhibition at the Porte de Versailles, where the company is proudly showcasing early highlights for its key Spring / Summer sales. On view on the RM stand (Pavilion 1, Stand N29), a striking 1937 Talbot-Lago T150C SS ‘Goutte d’Eau’ Coupé, which is set to grace the company’s boutique Villa Erba sale during the Concorso d’Eleganza Villa d’Este weekend in May, along with the one-off 1950 Ferrari 166 MM/212 Export ‘Uovo’, an early highlight for the company’s flagship Monterey, California sale in August. In addition to previewing its forthcoming auctions, RM car specialists will be on hand at Rétromobile to offer collectors a resource for auction and restoration services.

RM Sotheby’s continues its 2017 auction calendar in Amelia Island, Florida, 10-11 March. The official auction of the Amelia Island Concours d’Elegance, this well-established sale has been extended to two days this year with the addition of A Gentleman’s Collection: The Pride and Passion of Orin Smith, a superlative group of Rolls-Royces, Bentleys and other sporting icons, offered largely without reserve. The company’s European calendar continues, 27 May, with a return to the shores of Lake Como (Cernobbio), Italy, for its exclusive sale during the celebrated Concorso d’Eleganza Villa d’Este weekend.

Further information on upcoming events, along with complete results from RM Sotheby’s 2017 Paris sale, can be found at www.rmsothebys.com.