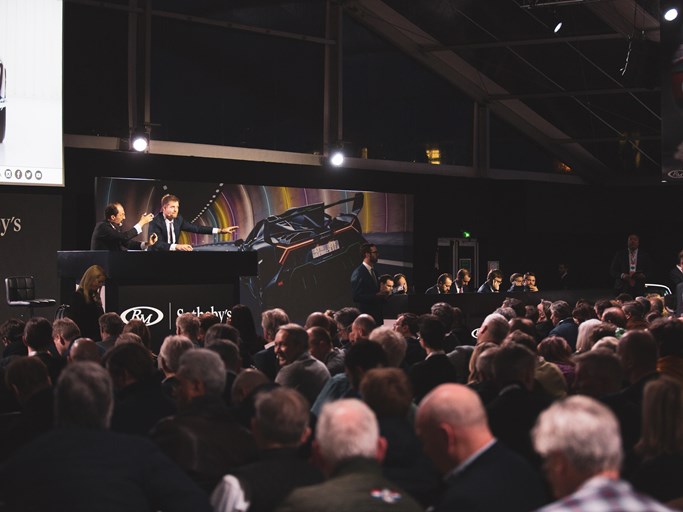 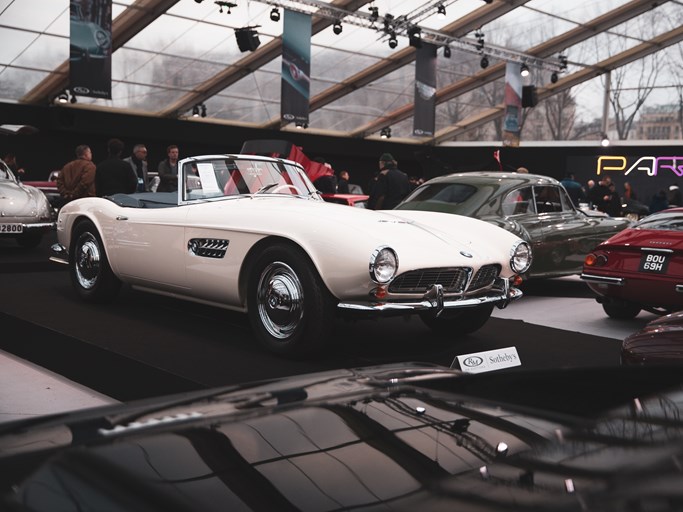 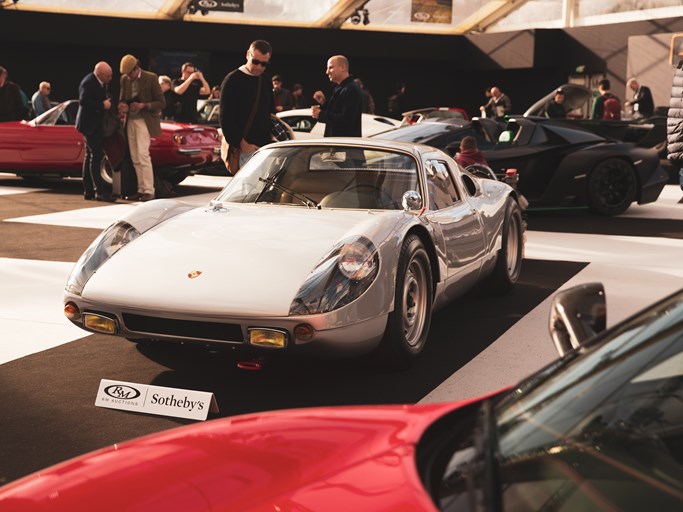 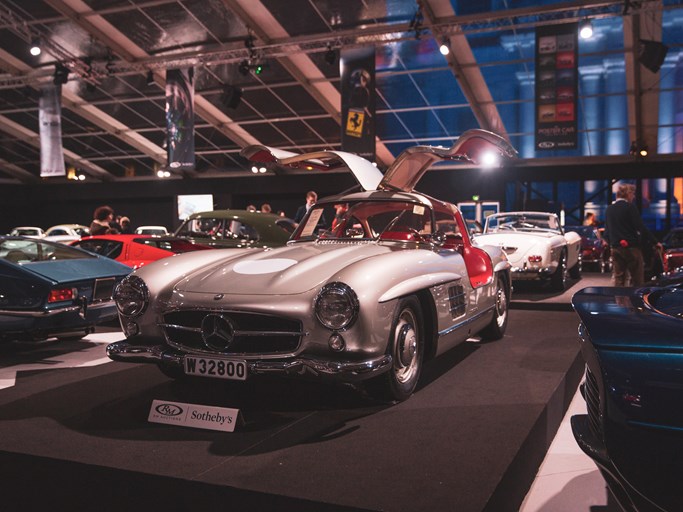 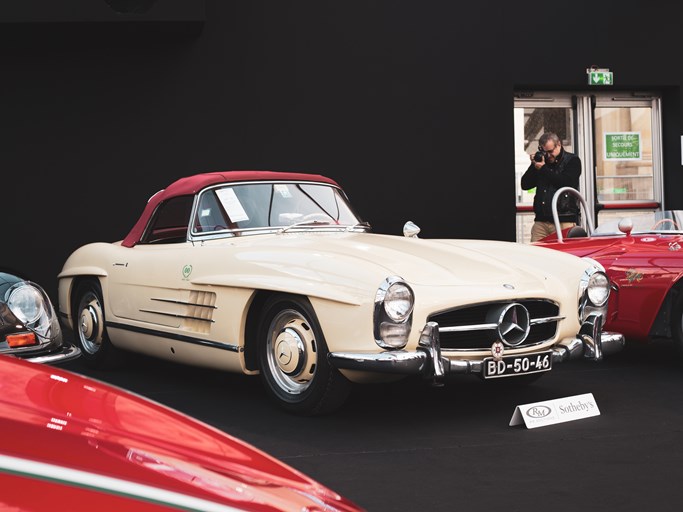 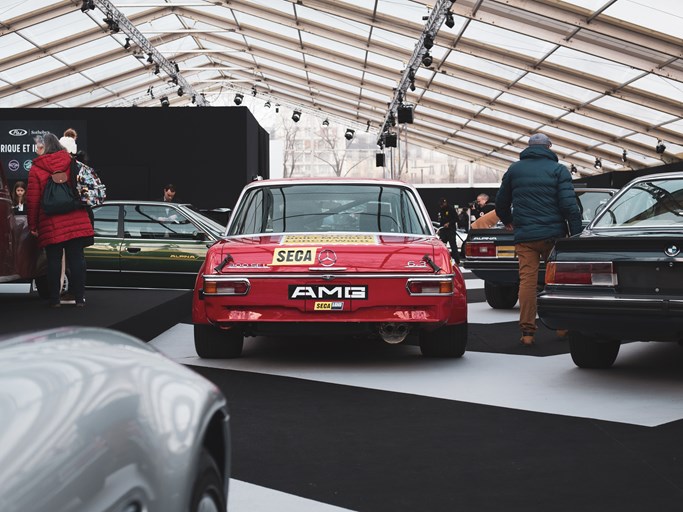 PARIS, France (7 February 2020) – RM Sotheby’s enjoyed another successful night in Paris at its seventh annual sale during Rétromobile week. The auction amassed over €16.5 million in sales with 75 percent of all lots sold for the diverse range of desirable cars and automobilia offered for sale. The packed auction room, which encouraged enthusiastic bidding on key lots, witnessed very strong individual results across cars from rare 1950s and ‘60s sports roadsters through to modern hypercars. The much publicised Poster Car Collection was a particular success and brought in over €6.4 million total.

The star lot of the Poster Car Collection, the 1958 BMW 507 Series II, was the subject of high pre-auction interest, and on the night the beautifully restored roadster changed hands for an outstanding €1,996,250, under the imposing dome of Les Invalides, at Place Vauban. The 507 Series II—highly coveted and regarded as one of the most stunning roadsters to come out of the 1950s—is a matching numbers car and attracted a flurry of bids. The BMW is signed by its famous designer, legendary design pioneer Albrecht von Goertz.

The high demand for collectable ‘50s and ‘60s German cars continued throughout the night as the 1964 Porsche 904 GTS sold for €1,917,500, surpassing its pre-sale estimate (Est. €1.6m/€1.8m). The fully matching numbers Porsche is a beautiful two-seat dual-purpose sports racing car, retaining its original engine and gearbox. The German sports and racing theme continued as the top five sales were rounded out by two Mercedes-Benz 300 SL models. A 1954 Mercedes-Benz 300 SL Gullwing, believed to be one of the first models privately delivered to Europe and boasting interesting early competition history, settled on €1.07m (Est. €800,000/€1.2m) and a 1957 Mercedes-Benz 300 SL Roadster was bought for €764,375.

Demonstrating the varied segments of the market offered by RM Sotheby’s in Paris, a 2012 Bugatti Veyron 16.4 Super Sport was the third-highest value sale of the night, bringing in a final €1.52 million (Est. 1.2m/€1.8m). The French hypercar is one of only 48 Super Sport models ever produced and was offered for sale with numerous optional extras and having been well maintained by just one owner who covered only 4,000km from new.

Augustin Sabatié-Garat, Auction Manager, RM Sotheby’s Europe, said: “‘We enjoyed some strong results in Paris. The sale results for the Poster Car collection were an obvious highlight, with all but one of the cars selling strongly. The results for that collection prove that there is still a very strong market for well-restored and original low-mileage examples of highly regarded marques and models at sensible pre-sale estimates. We also enjoyed stand out results across the market, demonstrating that great classics from the 50s and modern era hypercars, all have a willing community of buyers in today’s market.”

RM Sotheby’s presence during Rétromobile continues this week with the company’s stand (Hall 1, Stand G028) featuring key cars from its forthcoming Monaco sale. A race-ready 1969 Alfa Romeo Tipo 33/3 joins a 2001 Ferrari 550 GTS Prodrive as two cars that will go under the hammer in Monte Carlo on 9 May, alongside a 1937 Mercedes-Benz 540 K Cabriolet A that is an early highlight for the auction house’s Essen sale set for 27 March.

RM Sotheby’s continues its 2019 auction calendar next month with its Amelia Island, Florida auction on 6-7 March—the official auction of the esteemed Amelia Island Concours d’Elegance. Taking place over two days in 2020, the 22nd annual sale will offer some of the finest coach-built classics, sports and racing cars. The European calendar continues just weeks later as RM Sotheby’s stages the company’s second German sale during Techno-Classica Essen, 27 March at the Messe Essen exhibition center. The Essen sale is set to present a number of diverse collector cars during the long-running Techno-Classica fair, recognized as the first great German car salon for vintage cars and collector vehicles.

Complete results from RM Sotheby’s Paris as well as further details on upcoming auctions are available at rmsothebys.com.