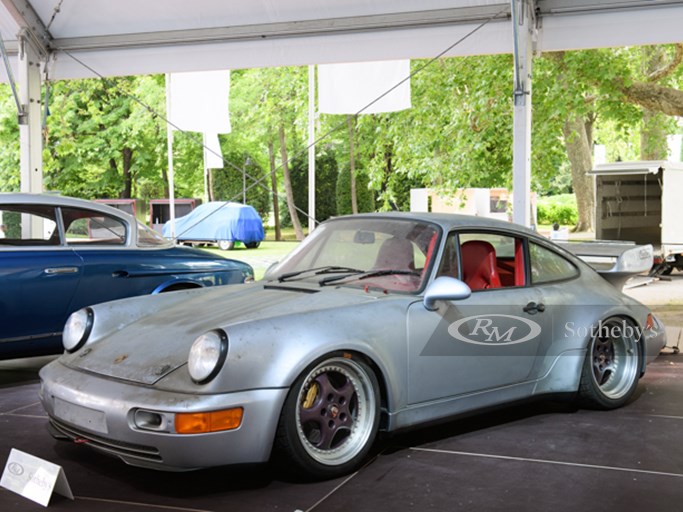 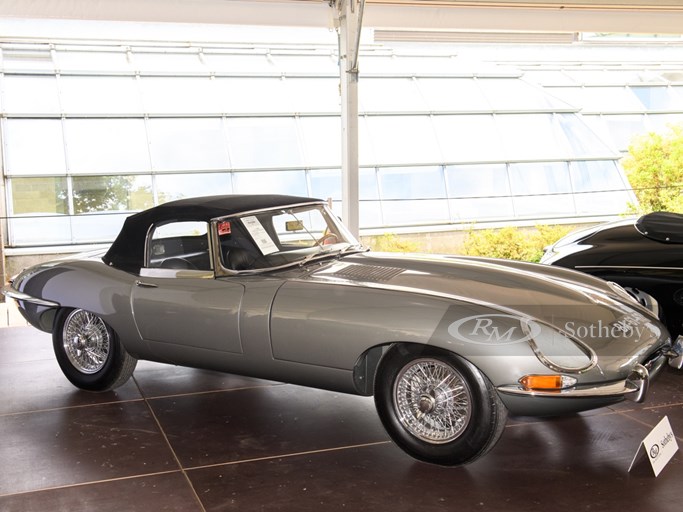 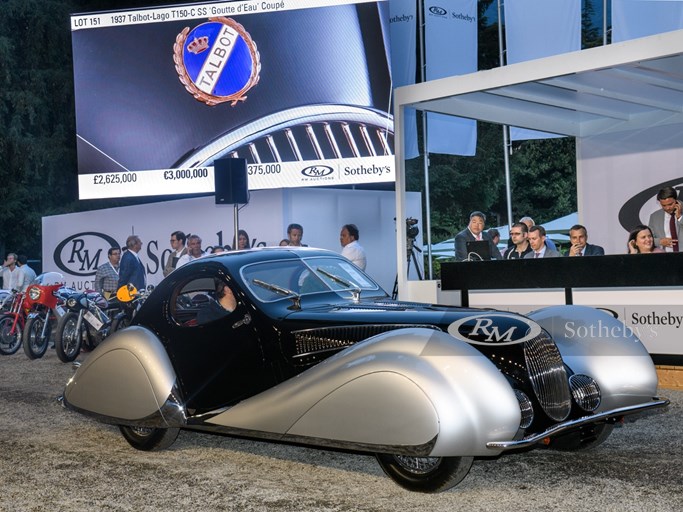 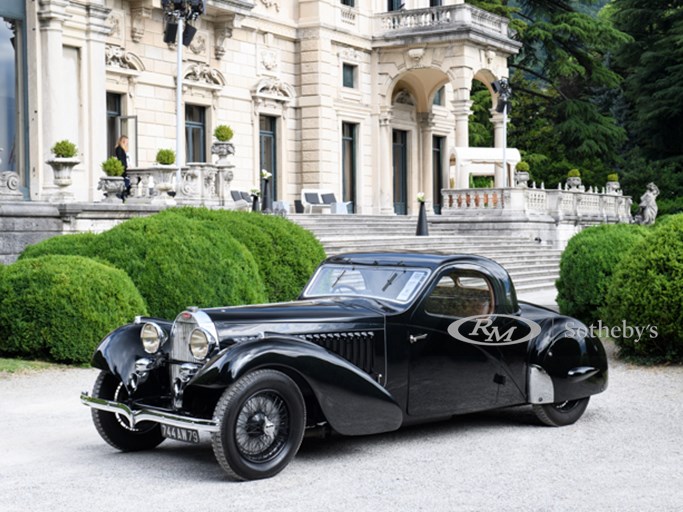 London (28 May, 2017) – RM Sotheby’s, the official auction house of the esteemed Concorso d’Eleganza Villa d’Este, concluded its fourth, successful Villa Erba sale on the shores of Lake Como, Italy, grossing an impressive €25,355,850, and setting a number of new auction records for individual models.

Proving that the market for fine pre-war cars remains very strong, the star of the night was the 1937 Talbot-Lago T150-C SS ‘Goutte d’Eau’ Coupé by Figoni et Falaschi, affectionately known as the ‘Teardrop’. The car is undoubtedly one of the most distinctive and beautiful of all time, and was a crowd-pleaser over the entire weekend. Considered by many as one of the most attractive, aerodynamically inspired automotive designs of all time, the car achieved an incredible €3,360,000.

Beautiful French coach-building is obviously in demand, as the 1937 Bugatti Type 57 Atalante Prototype, chassis no. 57254, almost matched the Talbot-Lago, bringing €3,024,000, and setting a record for a non ‘S’ model Type 57. The car is one of just three Atalante prototypes, and was delivered new to the Bugatti Works driver Meo Costantini with a specially tuned engine. It is one of few built by Carrosserie Bugatti and shows just 26,000 kilometres from new.

RM has achieved some remarkable prices for rare Porsche models over the past few months, and the Villa Erba sale proved again that RM is becoming the dominant auction house for the Stuttgart marque. The 1993 Porsche 911 Carrera RSR 3.8 had attracted enormous pre-sale attention, as it was presented with only 10 kilometres and in completely original, ‘as-delivered’ condition. With special-order Polar Silver over Guards Red leather, it is one of only 51 Carrera RSRs produced and one of two with a fully trimmed interior. This magnificent 964 Carrera RSR set a record for any 964 model 911 at auction, achieving an incredible €2,016,000.

Augustin Sabatié-Garat, car specialist and the Villa Erba auction manager, says: “We achieved some great results this weekend. It’s great to see that the demand for special pre-war cars is stronger than ever, and we continue to see rare, low-production supercars with excellent provenance, performing very strongly. Our track record selling rare Porsches for record-setting prices continues, and to have sold eight cars for over €1,000,000 demonstrates that the market is still strong.”

Other top-selling lots included the 1965 Ferrari 275 GTS by Pininfarina, a lovely car with known history, still in its original colour combination and with Classiche certification, which achieved a robust €1,792,000. The 2015 Porsche 918 ‘Weissach’ Spyder was an undoubted sale favourite, with the desirable ‘Weissach’ package the only example produced in Porsche’s historic PTS Arrow Blue, the single owner example made €1,456,000.

The beautiful 1961 Jaguar E-Type Series 1 3.8 Roadster, with an interesting period racing history, was a stand-out sale result. Raced during the 1962 and 1963 seasons in Angola and Portugal, and a multiple race winner against the very best from Ferrari, Porsche, and Maserati, this early E-Type is fully restored and made an incredible €582,400. This remarkable price is a new world record for a non-competition model E-Type sold at auction.

The top-selling lot from the motorcycle collection was the 1954 BMW RS 54, one of only 24 RS54s built by BMW in 1954 and later restored by former BMW factory racer, Kurt Busch. This lovely motorcycle sold for €143,325.

*Results are listed in EURO and inclusive of 12 per cent buyer’s premium for automobiles and 17 per cent for motorcyles and the boat. Results tally includes auction and post-auction transactions. Exchange rate used: 1 Euro = 1.125 USD, 0.875 GBP.