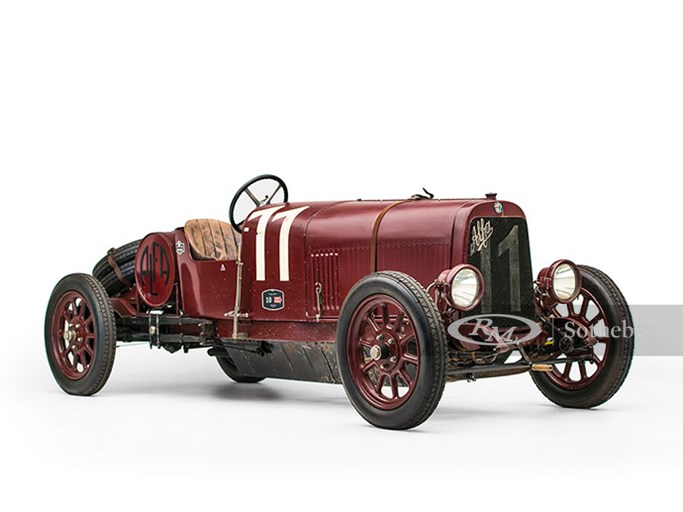 The 1921 Alfa Romeo G1, chassis no. 6018 offered from the A Century of Sports Cars Collection at RM Sotheby’s Arizona 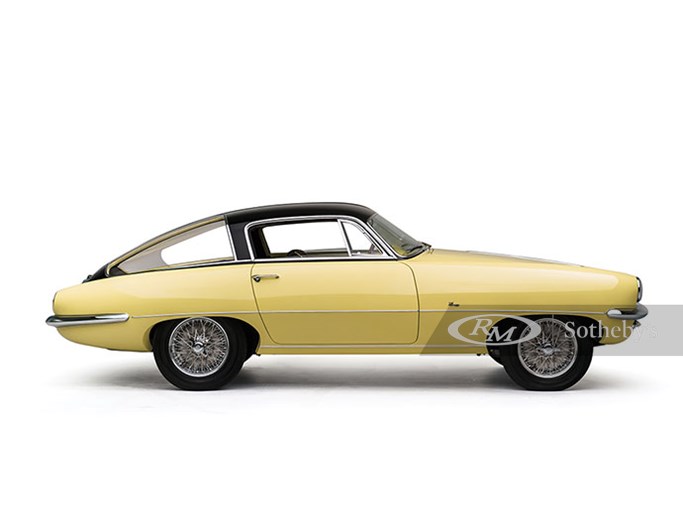 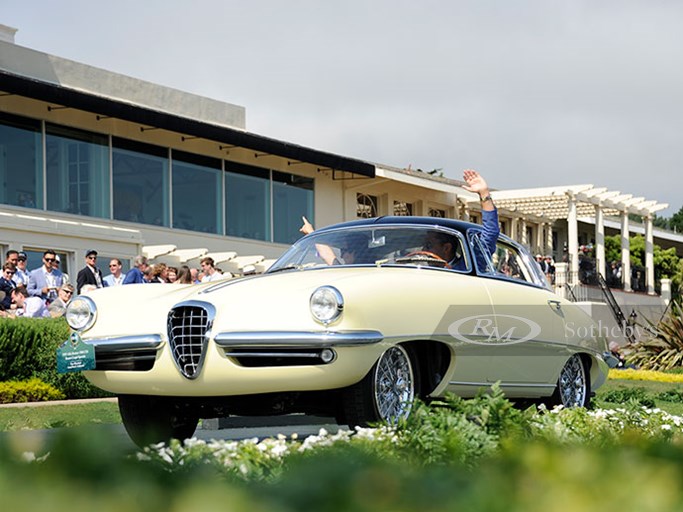 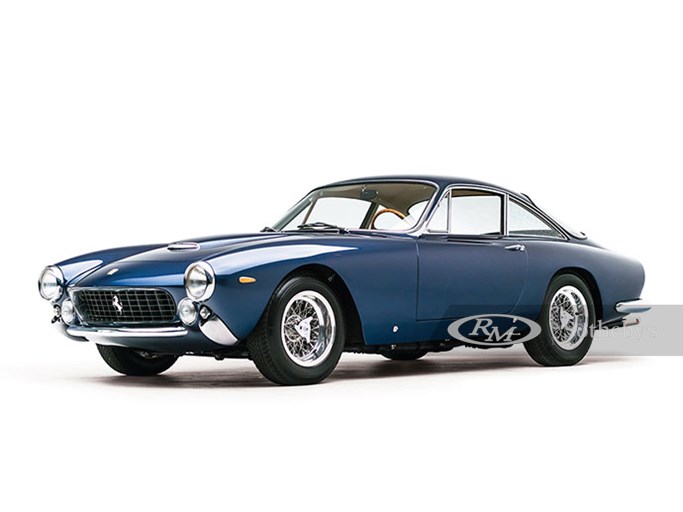 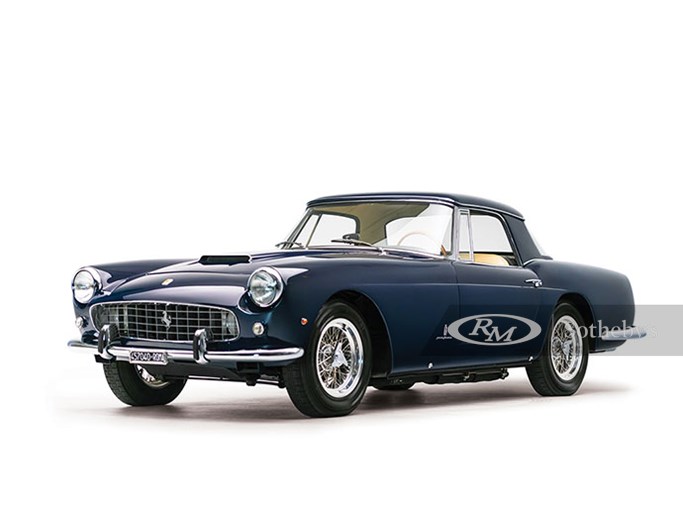 CULVER CITY, California (19 October 2017) – RM Sotheby’s is delighted to announce a private collection set to lead early features for the company’s 19th annual Arizona sale, 18-19 January at the Arizona Biltmore in Phoenix. Entitled “A Century of Sports Cars”, the collection of eleven automobiles is offered entirely without reserve from a private California collector and ranges from one of the oldest known Alfa Romeos—a 1921 G1—to a 2015 Ferrari California T.

The very first model produced when the former A.L.F.A. (Anonima Lombarda Fabbrica Automobili) joined forces with entrepreneur Nicola Romeo to become the legendary Alfa Romeo, was the G1. Intended to compete with its American and British luxury contemporaries, the G1 was Alfa Romeo’s first six-cylinder model and boasted the company’s largest engine capacity to date. However, due to high fuel costs and road taxes at the time, a mere 52, including two prototypes, were built. The 1921 Alfa Romeo G1 offered in Arizona, chassis no. 6018, is one of the earliest known examples and was delivered new to Australia, with its original owner placing the car into storage early on in its life, where it would remain for more than two decades. Discovered on a farm in the late 1940s, the G1 was hidden away once again until 1965 when acquired by Alfa Romeo enthusiast Ross Flewell-Smith. Painstakingly restored by Flewell-Smith in the 1970s and once again in the early 2000s by Neville Crichton, the G1 has been twice awarded at the Pebble Beach Concours d’Elegance, most recently in 2013. Entirely event-ready, the G1 is the oldest running and driving Alfa Romeo and has since participated successfully in numerous events, including the 2014 Mille Miglia, and the 75th Goodwood Members Meeting, as well as being displayed at Museo Enzo Ferrari in 2015. The only complete G1 in existence today, the offering of 6018 is a rare opportunity to acquire the earliest piece of Alfa Romeo history (Estimate available upon request).

Representing a more advanced period in Alfa Romeo design is a 1955 Alfa Romeo 1900C SS Speciale with striking one-off coachwork by Boano, chassis no. AR1900C 01846. A masterpiece of Italian design, the 1900C was Boano’s 1955 Torino Motor Show car and, following decades under the care of a handful of Italian owners, would reprise its role on the stand at the 2014 Retromobile in Paris and once again in 2015 as part of the invitation-only Preservation Class at the Pebble Beach Concours d’Elegance. Originally fitted with numerous competition features, the Boano Speciale has recently been expertly restored and returned to its original color combination, after which it was again presented at Pebble Beach in 2017, where it won its class (Est. $1,250,000 - $1,750,000).

The collection finds its focus mainly in the greatest Italian sports and GT cars of the last century, which of course include those produced by former Alfa Romeo racing driver, Enzo Ferrari. Stand outs include a gorgeous Blue Sera over Beige example of the final iteration of the 250 GT chassis—a 1964 Ferrari 250 GT/L Berlinetta Lusso, chassis no. 5537 GT. Representing the finest in Ferrari styling and engineering, the Lusso was the recipient of a cosmetic restoration in 2013, which earned it Best in Class at the 2014 Arizona Concours d’Elegance and remains ready for its next appearance (Est. $1,800,000 - $2,200,000). Also on offer is one of the finest open 250 GT models, a 1960 Ferrari 250 GT Cabriolet Series II by Pinin Farina, chassis no. 1939 GT. A beauty to behold as well as drive, the 250 GT is the 39th of just 200 second series Pinin Farina Cabriolets built and boasts a well-maintained restoration completed in 2000. Seldom shown under recent ownership, the car is ready for the show field or the open road (Est. $1,400,000 - $1,800,000).

“Our Arizona auction continues to establish RM Sotheby’s collector car market leadership from the first event of the year,” says Shelby Myers, Car Specialist, RM Sotheby’s. “With the highest overall sales, sell-through rate, and number of cars sold above low estimate during Arizona Car Week in 2017, we intend to continue our strong track record in the New Year, having secured exciting early entries within the A Century of Sports Cars Collection. We are the auction house of choice for important private collections, and with our recent success of the Ferrari Performance Collection in Monterey, we’re thrilled to be entrusted with another group that represents high points in Italian sports and GT design.”

Additional highlights from A Century of Sports Cars include:

RM Sotheby’s Arizona auction is once again set to kick off the collector car calendar on a high note, presenting approximately 160 blue-chip automobiles spanning the spectrum of the market, from pre-war classics through modern supercars. For further information or to view a frequently updated list of entries for RM Sotheby’s upcoming Arizona sale, please visit www.rmsothebys.com. Call +1 310 559 4575 to speak to an RM Sotheby’s car specialist about remaining consignment opportunities.