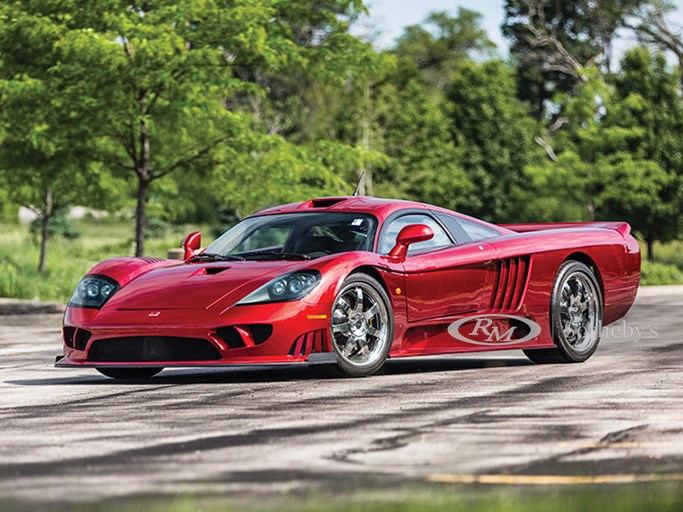 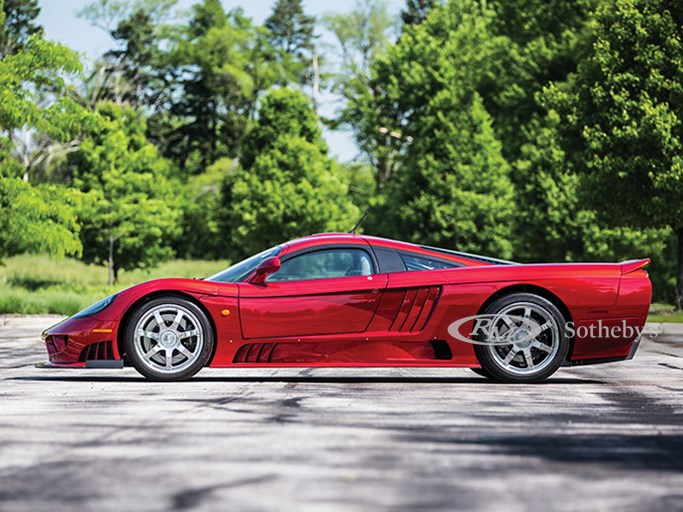 BLENHEIM, Ontario (June 2, 2016) – In addition to its customary offering of great American classics, headlined by the previously announced 1929 Duesenberg Model J 'Disappearing Top' Convertible Coupe, RM Sotheby’s 2016 Motor City sale will bring something a little more modern to the table—the ultimate American supercar. Designed, built, and born in the U.S.A., the Saleen S7 Twin Turbo, clothed in a menacing carbon fiber body, is one of the fastest street-legal American automobiles ever produced. Developed for racing, with a series of road cars built for homologation, the S7’s 427-cubic inch V-8 engine produces 750 bhp, propelling the car 0-60 mph in just 2.8 seconds, with a top speed of 248 mph.

The Lizstick Red example set for RM’s July 30 sale, chassis no. 073, is one of just 13 factory Twin Turbo road cars built in 2006, and is offered from its second owner. Amongst the final batch of S7s produced, it is believed to be one of the lowest mileage examples available, showing a mere 300 miles on its odometer. It comes to Motor City following a recent service (May 2016), fully ready for the road, and would certainly make a powerful addition to any collection of modern automotive marvels (Est. $650,000 - $750,000).

“Many of the world’s most important collectible cars were founded on the track in period, and the Saleen S7 is no exception, as one of the only U.S.-made modern supercars with competition history,” says Barney Ruprecht, Car Specialist, RM Sotheby’s. “With racing pedigree, sought-after low-mileage, and a Ford-built engine producing numbers that remain impressive 10 years down the road—this is an all-American supercar, through and through.”

Ruprecht adds, “The S7 is a great fit with our Motor City sale, an event which is best known for celebrating accomplishments in American automotive history. The addition of the supercar to this year’s docket sees the sale catalogue span American design and ingenuity from the early automobile through today. It will be complemented by a fantastic selection of European automobiles at Motor City, as we broaden the event’s scope to appeal to a diverse range of collectors.”

These modern sports and supercars will be in good company during this year’s Concours d’Elegance of America weekend, with both a 1980 to 1990 Modern Collectibles class and a Supercars class set to shine on the show field on Sunday, July 31. Sponsored by Brembo, who celebrate over 40 years in motorsport this year, the Supercars display will showcase the company’s high performance brake product history through the likes of a 2016 McLaren 650S Spyder, a 2015 Ferrari 458 Speciale A, a 2007 Bugatti Veyron 16.4, a 2016 Corvette Z06 Coupe Special Edition, and an Audi R8.

The official auction of the Concours d’Elegance of America at St. John’s, RM Sotheby’s Motor City sale is a longstanding summer tradition for collectors. Held at the Inn at St. John’s in Plymouth, Michigan, the July 30 event will see 80 blue-chip motor cars cross the auction podium, led by important American classics, sports and muscle, with a selection of iconic and modern European sports cars complementing the domestic delegates.

A frequently updated list of entries for the sale and further information on limited consignment opportunities is available at www.rmsothebys.com or by calling +1 519 352 4575.